The story behind the Menendez Brothers | Updates & Recent News

Recently, there have been many TikTok videos posted about the Menendez brothers. These social media videos are from supporters of the brothers and their innocence.

The Menendez defenders are TikTok users who believe that the Menendez brothers are innocent based on the abuse they suffered as children from their father, Jose.

In this era of true crime shows and fans, the Menendez brothers case gets more attention, even though it has been 30 years since this crime took place.

Who are the Menendez brothers? 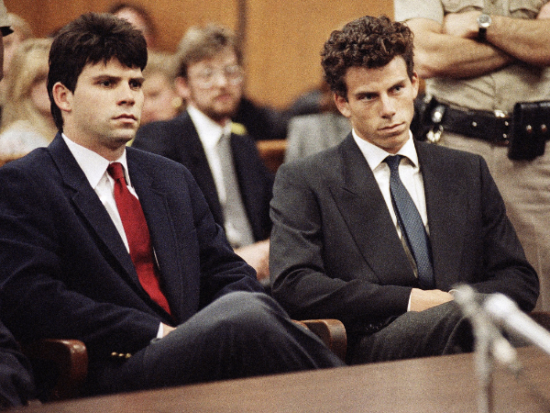 Lyle and Erik Menendez are brothers charged in the murder case of the parents, Jose and Mary Menendez, in 1996. Lyle is the oldest brother, he was born in 1968, and his brother Erik was born in 1970.

The brother is serving life in prison for killing their parents on August 20, 1989. They were charged with the first-degree murders of their parents. They are both serving life sentences with no options at parole.
Erik became a great tennis player and discussed how his father was obsessed with him being the best. As a result, he was ranked nationally for his age group.

When their father accepted a job in Beverly Hills, the family moved from New York to Los Angeles. Unfortunately, Erik started hanging out with a rough crowd and was becoming a delinquent. He got in trouble for a few robberies as well.
Lyle was enrolled at Princeton University. However, he was suspended for a year because of plagiarism. The next few years for Lyle were troubled after that occurrence.

What did they do?

Lyle and Erik Menendez have been charged with killing their parents in 1989. On August 20, 1989, Jose and Mary Menendez were shot by a 15 gauge shotgun by Lyle and Erik. The parents were shot so many times that no one recognized them.

The Menendez murders were gruesome, and Lyle and Erik did not admit their guilt until a few months after the murders.

The two of them found out that their father and mother had rifles hiding inside the house. So Lyle and Erik decided to buy their guns for protection as well. The brothers said that one last confrontation happened.

This was on the day of the murders. The Menendez brothers were scared that their father was going to kill them at that point.

They said that they stepped outside to load their shotguns and came inside. Then Erik started shooting his parents, and Lyle followed his lead. This is the story that was told by the brothers when they were on trial.

The Menendez brothers went on a post-murder spending spree — and one writer found visual evidence in an unusual place https://t.co/zKLsnsuwC1 pic.twitter.com/s2TPd0QrxX

On August 20, 1989, when Jose and Mary were home, Jose was shot in the back of the head first. Then the sons shot Mary in the leg at first.

Then they shot her in the arm, chest, and face. No one could tell who she was because her face was so mangled. Finally, the brothers came back to their home and called the Beverly Hills police to report their parents had been shot.

The two said they were going to a movie, came back, and found their parents shot to death. However, the police did not investigate the brothers until time had passed.

During this time, the Menendez brothers went on trips, bought lavish items, cars, and spent about $700,000. They were going to therapy to help them deal with the death of their parents.

One day, during a session with the psychologist, Erik eventually confessed to his psychologist, Jerome Oziel. He said that he and his brother did kill their parents.

When Oziel heard this, he later told his mistress about the case. The mistress left Oziel and went to the police about what he had told her. Erik was arrested on March 8, 1990. Lyle turned himself in three days later.

Why are the Menendez brothers in jail?

The Menendez brothers murder trial began in 1993. It was a televised trial at first. The brothers were tried separately for the first trial, but this trial ended with a hung jury.

The Menendez brothers were charged with killing their parents for money. The brothers argued that they were victims of sexual and emotional abuse by their father, Jose. They claimed their mother enabled bad things to happen to them as young adults.

There was an untelevised second trial where the brothers were tired together this time. This trial, even though there was evidence of abuse, ended with a verdict.

The Menendez brothers were found guilty on two counts of murder in the first degree. They were sentenced to life in prison with no parole.

Are the Menendez brothers still in jail in 2021? 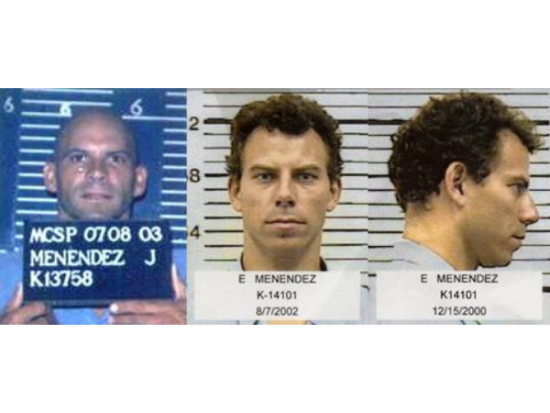 The Menendez brothers are still in jail. They were indifferent facilities until April 4, 2018. Lyle was moved to the same housing unit as Erik. It had been 22 years since seeing one another.

During their reunion, the brothers both cried happy tears and gave each other huge hugs. The two of them are in a housing area which they agreed upon. They are in an education and rehabilitation area now.

They can stay in the housing area as long as the prisoners cause no disruptions.

Lyle and Erik Menendez have gained fans recently thanks to social media platforms and TikTok users. However, many of their fans are young adults and were not born when the case first broke.

Now the Menendez brothers have many more supporters and fans than they ever did. In addition, they have defenders using social media to get their point across about their innocence.

People worldwide have been drawn into the Menendez brother’s case and are spreading the word about their innocence. Social media plays a huge role in enabling these defenders.

Whether you believe that the Menendez brothers are innocent or guilty, social media has opened up more on the brothers, and fans want to prove their innocence.

There is a 20/20 special on Hulu about this case, and since this case is gaining traction, there will probably more documentaries and information to come. If you want to know more about the Menendez brothers, check out these sites.