US reveals $5B dollar plan to fund EV charging network

US reveals $5B dollar plan to fund EV charging network

The Biden administration on Thursday unveiled its plan to award nearly $5 billion over five years to build thousands of electric vehicle charging stations.

Congress approved the funding to states as part of a $1 trillion infrastructure bill in November.

The White House wants to prod Americans to move away from gasoline-powered vehicles even as efforts to win substantial additional funding for EVs in Congress have stalled.

The administration will make $615 million available in 2022 but states must first submit plans and win federal approval.

“We’re not going to dictate to the states how to do this, but we do need to make sure that there are meet basic standards,” U.S. Transportation Secretary Pete Buttigieg said at a press conference. 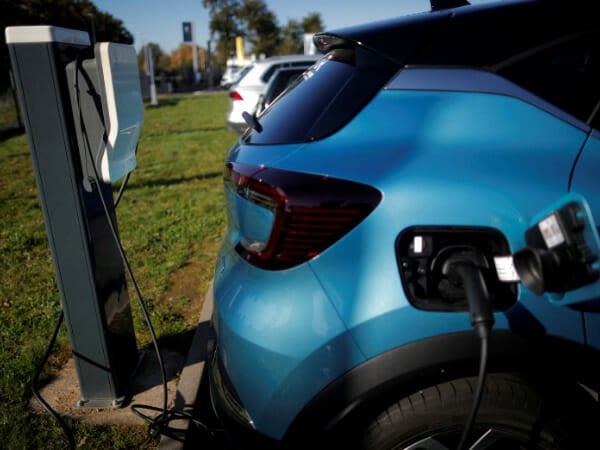 “It’s got to be customized, which is exactly why we have the states coming to us with plans rather than the other way around,” he said.

By 2030, Biden wants 50% of all new vehicles sold to be electric or plug-in hybrid electric models and 500,000 new EV charging stations; he has not endorsed phasing out new gasoline-powered vehicle sales by 2030.

* States should install EV charging infrastructure every 50 miles along interstate highways and be located within 1 mile of highways.

* Federal funds will cover 80% of EV charging costs, with private or state funds making up the balance.

The White House endorsed legislation stalled in Congress to increase current $7,500 EV tax credits to up to $12,500 for union-made U.S. vehicles, create credits of up to $4,000 for used EVs.

That bill includes a 30% credit for commercial electric vehicles, $3.5 billion for converting U.S. factories for EV production and $9 billion for the U.S. Postal Service and federal government to buy EVs and charging stations.

Asked about some lawmakers’ concerns about high fuel prices, Granholm said “medium term the shift to electric vehicles is to get ourselves away from the volatility of fossil fuels … We won’t be held hostage to solar power.”