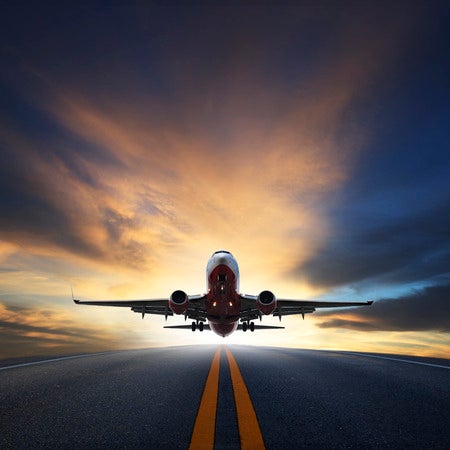 An airline flight was forced to land after a passenger caused a major disturbance by spreading his feces in the plane’s bathrooms.

United Airlines flight 895, which was to fly to Hong Kong from Chicago, had to make an emergency landing in Anchorage, Alaska, because of the incident, KTVA reported on Friday.

The disruptive passenger, who was not named but was described as a 22-year-old male, was also said to have taken off his shirt and tried to stuff it in the toilet. He also poured soda and water on the floor and on laptops, as well as shook the seats around him, a passenger named Tricia Mason witnessed.

Some people aboard helped calm the man down. One passenger, Tri Nguyen, sat next to the man and said that he was being sent to Vietnam because he had been in and out of trouble and had just been released from jail two days prior to the flight.

“I knew his aunt in [Evansville, Indiana],” Nguyen told KTVA. “She asked if I could look out for him. He’s been in a lot of trouble and the family was sending him to Vietnam.”

Nguyen also revealed that the man was sent to Indiana by his mother from California as she believed “a change of scenery would help him.”

“It didn’t work, he’s been in trouble for the past five years,” he added.

Aside from Nguyen, fellow passenger Evans Mendonca and the plane’s pilot helped in calming the man down.

“They all stayed calm and that was huge. No one raised their voice and no passengers were in distress. The crew was amazing and also moved the older people and kids from around the man and replaced them with some really big guys,” BJ Canup observed. He also applauded the three for being “the real heroes right there.”

Upon landing, police observed that he was cooperative with the flight crew and was met by airport authorities and FBI agents. They have not filed charges against the passenger and took him to Providence Hospital for a psychiatric test.  Katrina Hallare /ra