'Time-traveling': Delayed plane flight departed in 2018, arrived at destination in 2017 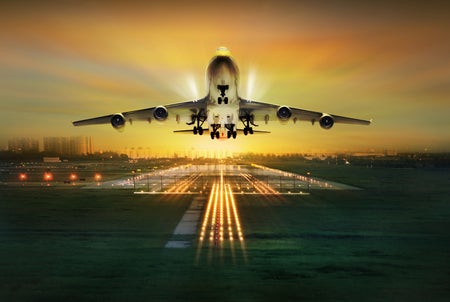 Some passengers aboard a plane went back in time — sort of.

This was noted by WJLA transportation reporter Sam Sweeney on Sunday, after he noticed that a flight from Auckland, New Zealand to Honolulu, Hawaii will land on their destinations in different years, because of an unexpected 10-minute delay.

Sweeney noted that Hawaiian Airlines flight no. 446 departed New Zealand at 12:05 a.m., where the country had just welcomed 2018.

Because of an unexpected delay, Hawaiian Airlines flight 446 took off in 2018 and will land in 2017. #timetravel pic.twitter.com/A5vesXmjqq

His tweet became viral, triggering interesting reactions from netizens. One expressed that she was not surprised, because it was not new to her, and explained how it actually “happens a lot.”

That happens every time a plane crosses the current midnight line – think of it as the border between the kingdoms of 2017 and 2018 – in the wrong direction on New Year’s. In other words, it happens a lot. Still seems to surprise a lot of people every year.

Twitter user @MattDecample wondered if the delay was intended by the crew.

Gotta wonder if the crew ran 10 extra minutes of diagnostic checks to make this happen.

This netizen raised the issue that time travel is now possible, but was disappointed that no flying car exists.

So, we have time travel, but still no flying cars.

Netizen @webcentric best expressed his reaction through this gif photo, featuring Marty McFly and Doc Emmett Brown from the classic “Back to The Future” film trilogy.