Stocktwits.com, one of the social media sites at the heart of last year’s retail trading mania, launched a crypto trading platform on Thursday, looking to tap into the growing interest in trading bitcoin and other digital tokens.

Along with Reddit’s r/wallstreetbets, Stocktwits was among the online message boards used by an army of retail traders last year to drive huge gains in meme stocks GameStop and AMC, costing bearish hedge funds billions of dollars.

Stocktwits, which has more than six million registered users, said it would offer its customers the option to make their trades or portfolio public.

Cryptocurrencies gained immense popularity last year, with bitcoin hitting a peak of $69,000 in November, as risk-on investors sought different asset classes in a market flooded with liquidity, although the currency has nearly halved in value since then on inflation fears and worries of aggressive rate hikes by central banks. 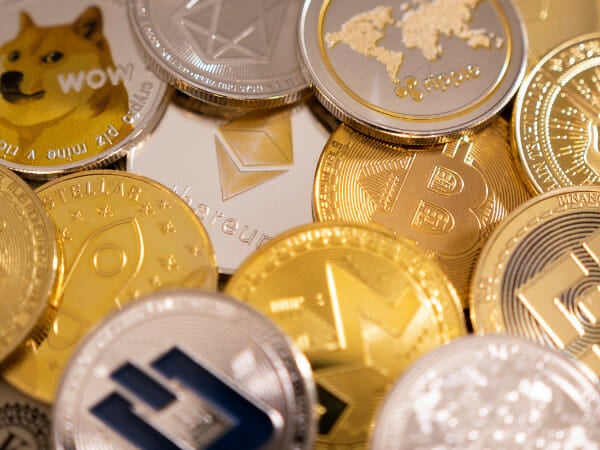 A representations of cryptocurrencies in this illustration taken, January 24, 2022. REUTERS/Dado Ruvic/Illustration

The New York-based company said is partnering with cryptocurrency exchange FTX US, which was valued at $8 billion in its first funding round last month.

“While crypto is the first leg, it’s not where we stop,” Rishi Khanna, chief executive officer of Stocktwits, said.

The company is planning to launch U.S. equities trading by early next quarter, with trading in stock options, crypto derivatives and other asset classes lined up ahead.

Stocktwits members use a cashtag — a dollar sign before a stock ticker — to share their stock tips or ideas related to a company. The social media firm then analyses posts and message volumes around the ticker to aggregate sentiment and list out the most touted stocks on its platform.

The company’s new feature introduces a transaction-based revenue model, which would add to its primary revenue stream on the social media side — advertising, Khanna said.

(Reporting by Medha Singh in Bengaluru; editing by Uttaresh.V)

TRENDING
Cryptoverse: Bitcoin careful of commitment as Biden checks crypto
Best tax software with easy help
How much does it cost to raise a child?
The Best Credit Card Debt Calculator
What is house hacking? All you need to know
Is investing gambling? The line between assets and bets