Biden plans to nominate a Black woman to US Supreme Court

Biden plans to nominate a Black woman to US Supreme Court

President Joe Biden on Thursday said he plans by the end of February to nominate a Black woman to replace retiring U.S. Supreme Court Justice Stephen Breyer, a historic first that he called “long overdue.”

Biden appeared with Breyer, whom he has known since the 1970s, at the White House after the 83-year-old justice formally announced his retirement in a letter to the president. Breyer wrote that he plans to depart at the conclusion of the court’s current term, typically at the end of June, assuming his successor has been confirmed by the U.S. Senate.

Biden, who won the Democratic Party’s 2020 presidential nomination in large part because of strong support from Black voters, noted that he committed during that campaign to name a Black woman to a lifetime post on the high court and would keep his promise. 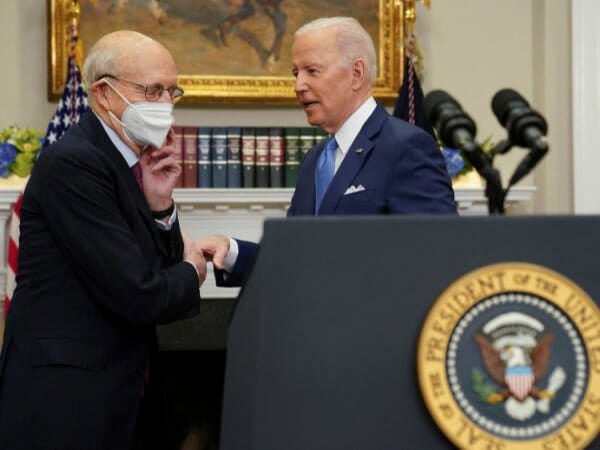 U.S. President Joe Biden introduces Supreme Court Justice Stephen Breyer to speak as they announce Breyer will retire at the end of the court’s current term, at the White House in Washington, U.S., January 27, 2022. REUTERS/Kevin Lamarque

“Our process is going to be rigorous. I will select a nominee worthy of Justice Breyer’s legacy of excellence and decency,” Biden said, calling the selection of a Supreme Court justice one of a president’s most serious constitutional responsibilities.

“While I’ve been studying candidates’ backgrounds and writings, I’ve made no decision except one: the person I nominate will be someone with extraordinary qualifications, character, experience and integrity – and that person will be the first Black woman ever nominated to the United States Supreme Court. It’s long overdue, in my view,” Biden said.

Potential nominees include Ketanji Brown Jackson, a former Breyer law clerk confirmed by the Senate last June to serve on an influential U.S. appellate court, and Leondra Kruger, who serves on the California Supreme Court. Another potential contender is Michelle Childs, a federal district court judge in South Carolina who Biden already has nominated to the U.S. appeals court in Washington. 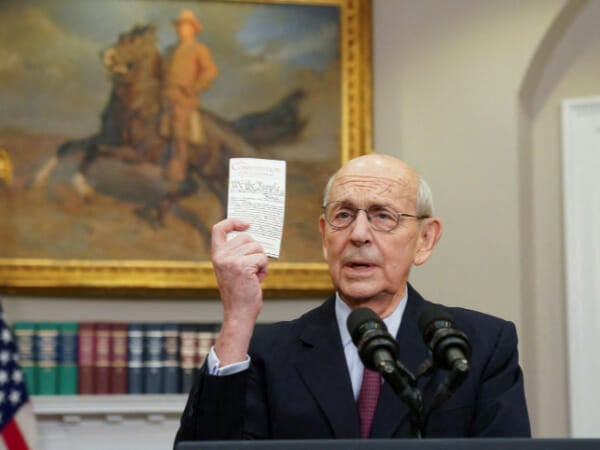 U.S. Supreme Court Justice Stephen Breyer holds up a copy of the U.S. Constitution as he announces he will retire at the end of the court’s current term, at the White House in Washington, U.S., January 27, 2022. REUTERS/Kevin Lamarque

White House Press Secretary Jen Psaki said Biden believes that being a sitting judge is not prerequisite for his nominee and that whether a candidate could draw support from Republicans is not an influencing factor.

Biden said he wants the Senate, which his fellow Democrats control by a razor-thin margin, to “move promptly” once he chooses his nominee. Democrats can confirm a nominee without a single Republican vote because Republicans in 2017 changed the Senate rules to no longer require 60 of the 100 senators to allow Supreme Court nominations to move forward.

While Breyer’s retirement after 27 years gives Biden his first chance to fill a vacancy on the nine-member court, it will not change its ideological balance. The court’s 6-3 conservative majority has shown a growing willingness  to reshape the law on contentious issues including abortion and gun rights. Biden’s Republican predecessor Donald Trump appointed three justices during his single four-year term in office.

Breyer, the court’s oldest justice, often found himself in dissent on a court that has moved ever rightward. He spoke at the White House of the importance of a diverse nation like the United States resolving its deep divisions by adhering to the rule of law.

WHITE HOUSE REACHING OUT TO CANDIDATES

White House officials expect to begin reaching out to and potentially meeting with candidates as soon as next week, according to a source familiar with the situation. Biden is expected to work with a list of 10 or fewer people. 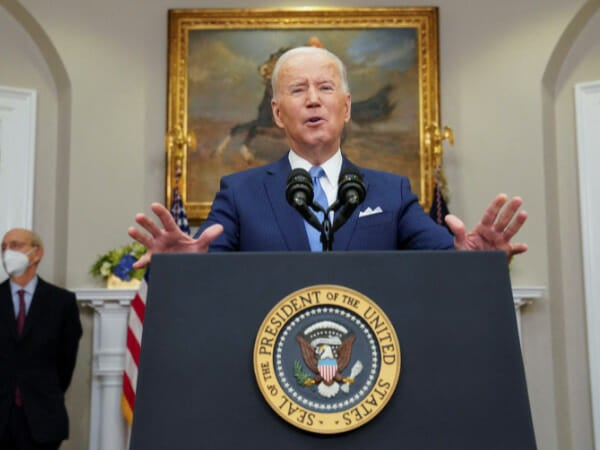 U.S. President Joe Biden delivers remarks with Supreme Court Justice Stephen Breyer as they announce Breyer will retire at the end of the court’s current term, at the White House in Washington, U.S., January 27, 2022. REUTERS/Kevin Lamarque

Senate Democrats aim to quickly confirm Biden’s nominee in a time frame similar to the one-month process that the chamber’s top Republican, Mitch McConnell, used in 2020 to approve Trump’s third appointee, Amy Coney Barrett, according to a source familiar with planning.

Republicans are seeking to regain control of the Senate in the Nov. 8 congressional elections, underscoring the need for speed from the perspective of Democrats. McConnell has indicated he would block any Biden nominations to the court if his party regains the Senate majority.

McConnell said in a statement: “The president must not outsource this important decision to the radical left. The American people deserve a nominee with demonstrated reverence for the written text of our laws and our Constitution.”

Trump’s three conservative appointees who McConnell pushed through the Senate came from a shortlist prepared with the input of outside conservative legal activists associated with the Federalist Society.

Biden said he was expressing the nation’s gratitude to Breyer for his “remarkable career in public service” and noted past rulings the justice authored upholding abortion rights, voting rights, environmental measures and religious liberty.

“This is a bittersweet day for me,” Biden said. “I think he’s a model public servant in a time of great division in this country.”

(Reporting by Lawrence Hurley and Doina Chiacu in Washington and Andew Chung in New York; Editing by Will Dunham, Scott Malone and Diane Craft)