Can you still remember the best Subway sandwich you have ever had? Filling, delicious, and healthy. Subway hits the spot whenever you’re on the go but don’t want your typical greasy fast food. They have quality fresh ingredients like vegetables and cold cuts.

Above all, the Subway menu offers a wide range of Subway sandwiches. You can choose from all-meat to Italian to vegetarian to any combination you can come up with. For the first-timers or the indecisive, plenty of Subway sandwiches is popular for a reason.

If they have the ingredients, they can make your dream sandwich. Read on below to see which ones from their menu have made it to the list of the best Subway sandwiches.

Subway as an American classic 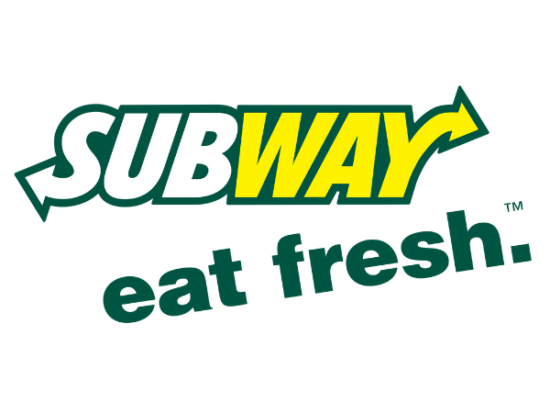 Some 50 years ago, a nuclear physicist named Dr. Peter Buck approached a college freshman, Fred DeLuca. He asked the younger man if he wanted to open a submarine sandwich shop to help pay college tuition. Buck gave an investment of $1,000, and he and DeLuca went on to open the first of many Subway shops in America.

The first Subway restaurant was in Bridgeport, Connecticut. They served freshly made sandwiches at affordable prices. The sandwich shop became even more popular and continued to grow. At their core, Subway promises always to provide exceptional customer service; two, keep serving the highest quality of food at an affordable price; and three, keep their operating costs low yet ensure a great quality of business. 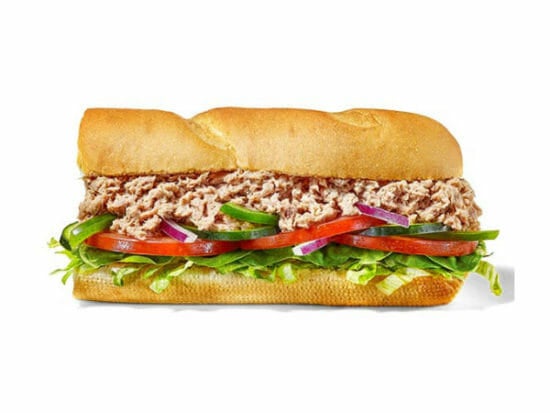 Arguably, what McDonald’s has done for burgers, Subway has done for sandwiches. Some of the best Subway sandwiches have been so iconic that they’ve been mentioned in blockbuster films and popular TV shows.

With that said, there’s little to no doubt that Subway does offer delicious sandwiches. Perhaps not all of their menu will tickle your tastebuds, but at least one or two might. Listed below are some of the best Subway sandwiches.

The combination of roasted chicken, crunchy bacon, melted cheese, and ranch seems a bit of an overkill, but they work well together. This one is a tad sinful, so order at your discretion and diet plan. The flavors of the salty bacon, the creamy ranch, and the tender chicken is a treat that you can reserve for those days when you just want to indulge. 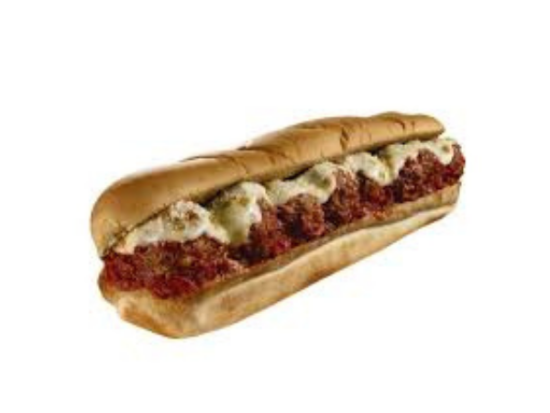 You’re probably thinking, meatballs on bread? That can’t be good. You might change your mind after having a bite of this one. As it turns out, spaghetti isn’t the only delicious recipe with marinara sauce and meatballs.

Fair warning, though, eating this sandwich can get a bit messy. It’s not an on-the-go option but more of a fork-and-knife meal. Add in some melted cheese on top, and you’ve got yourself a full, comforting meal.

Tuna sandwiches aren’t at the top of the list for many. For one, not a lot of people like fish on their bread. However, tuna has been a staple food for many cultures. Turning into a sandwich spread is just one of its many evolutions.

Subway’s Tuna Sandwich packs up a good 12-inches of tuna salad, crisp veggies, and drizzles of oil. It’s second to the Chicken and Bacon Ranch Melt Sandwich for grams of fat, so eat in moderation.

Subway’s menu has three hot chicken sandwiches: the Sweet Onion Chicken Teriyaki, the Barbecue Chicken, and the Buffalo Chicken. They are made pretty much the same, only with varying sauces and condiments to distinguish them from each other. Sweet Onion Teriyaki is sweet, tangy, and topped with lettuce, spinach, tomato, cucumber, green pepper, and red onion. 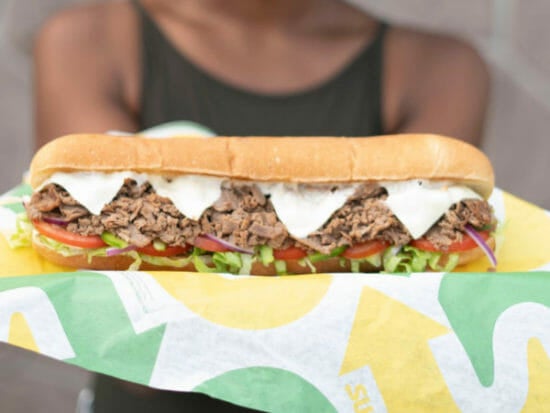 Some people would call it a Philly Cheesesteak, but this one’s just a less indulgent. You can pick the cheese that goes with the sandwich. The meat is tender, less juicy than an authentic Philly, and the seasoning could be a bit tastier, but it’s not at all bad.

Go for American cheese or provolone to thicken nicely with the meat. It isn’t the healthiest option at Subway, but it is one of the best Subway sandwiches for a reason.

One of the best colds cut combo sandwiches at Subway. The Spicy Italian is packed with pepperoni, salami, onion, pickles, cucumbers, and cheese. It’s not overtly healthy because of the packed red meats, but you can always add more veggies. An additional layer of tomatoes, peppers, lettuce, and a drizzle of oil might offset the saltiness of the cured meats.

The Veggie Delight is one of Subway’s healthiest options. It is the only option for vegans, including its sauces and condiments. You can even customize it to your heart’s veggie desires. Pick the freshest ingredients, such as those used in bread stuffed with soggy vegetables. 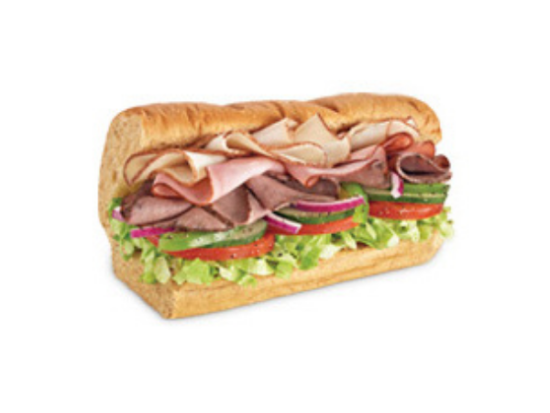 Ham on bread goes just as well as the classic peanut butter and jam combo. The Black Forest Ham is cured, so you can load up on the vegetables as much as you want and top it off with plenty of sauce like the Creamy Sriracha. It’s an upgraded take on your classic leftover ham from the holidays sandwich, so you know it’s going to be delicious and a bit familiar.

It’s pretty good before you dismiss this one as a dry and bland bird on bread. It isn’t as creamy, melty, or extravagant as the other options, but it’s a perfectly good classic.

The turkey breast itself is a tad salty, so it will work well with whatever other ingredients you want to throw with it. Stock up on the lettuce and a bit of avocado on top, if they have it. Order a side of fries and a large drink, and you’re good to go for lunch or dinner.

The Italian B.M.T.® is a cold-cut sandwich that’s taken to a whole new level. It is filled with Genoa salami, spicy pepperoni, and Black Forest Ham. Add in some lettuce, tomato, cucumber, green pepper, and red onion, and you have yourself a hefty amount of delicious calories for any time of the day. This sub can be customized however you like.

The Roast Beef Sandwich has finally become permanent on Subway’s menu among its seasonal sandwiches. It is included in Subway’s best sandwiches list because it has now been upgraded. The sub is now made with USDA Choice Angus roast beef and topped with baby spinach, lettuce, tomatoes, cucumbers, onions, and green peppers.

What sandwich has the most protein at Subway? 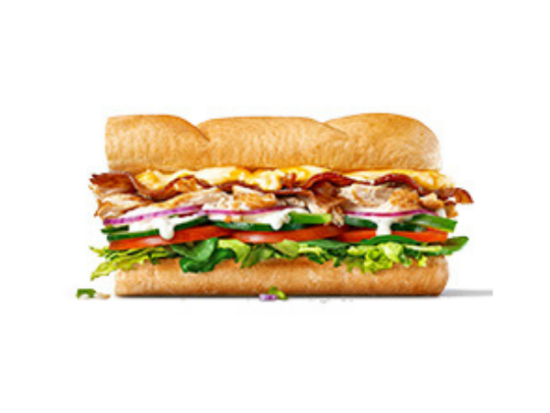 Although Subway is still somewhat considered a fast-food chain, you can still get your food from it without completely straying from your diet. If you are on a strict high-protein program, try the Chicken and Bacon Ranch Melt.

Pack it with Italian herb and cheese with double meat, cheddar cheese, lettuce, tomato, onion, peppers, and cucumber. While it isn’t the healthiest option, it is packed with proteins. This full sub has 1,288 calories with 104g of protein, 92g of carbohydrates, and 56g of fat.

Many global fast-food chains have a secret menu that has been made popular by social media trends. It’s not so much a secret anymore since many people all over the world already know. In the case of coffee chains like Starbucks, most of their secret menu was made by their bartenders and shared on the internet so much that people caught on and started ordering them.

Subway has something similar. They have a list of Subway sandwiches on their “secret menu” that you can order. In addition to this, you can also add a few extra secret specials to amp up your sandwich.

Not sure what these are? A quick search on the internet should help you. After all, when in doubt, look it up.