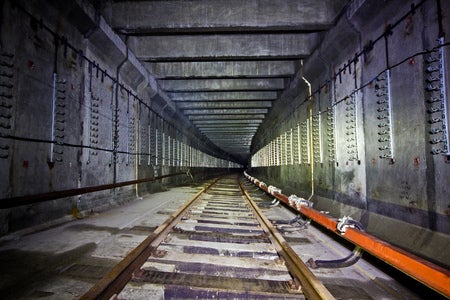 An unnamed thief accidentally died after being electrocuted by subway rails during his escape from the police in New York.

The Park Slope purse-snatcher tried to grab a brown, Louis Vuitton purse from an unnamed young woman, as reported by the New York Post yesterday, Aug. 19. The incident took place on Saturday, Aug. 18, near Fourth Avenue and Ninth Street at around 7:30 p.m.

To escape the police officers who were hot on his tail, the thief ran in the direction of the subway tracks and got electrocuted when he came into contact with the third rail, which is used to provide power for trains.

The thief, who in haste left the purse he snatched, ran because he may have gotten scared of the police officers who saw the incident, the report said.

He made his way to the corner subway station and bolted towards the subway tracks. He ran north underground along the northbound R Train tracks for ten blocks. He almost reached the Union Station.

Unfortunately, he tripped and fell on the third rail before reaching the said station where police officers were waiting above ground for him to appear. He was electrocuted and died on the spot.

Because of what happened, the Union Street station’s power was turned off, to allow authorities to recover the thief’s body from the tracks.

One detective, shrugging, said in the report, “I don’t think he knew what he was about to get into. He gambled and he lost.”

This was not the first time a thief ran towards the subway to escape cops only to be electrocuted in the tracks. In April last year, the publication also reported about an unnamed 19-year-old thief who died after being electrocuted by the third rail, when he made his way to the subway tracks. Kate Matriano/JB