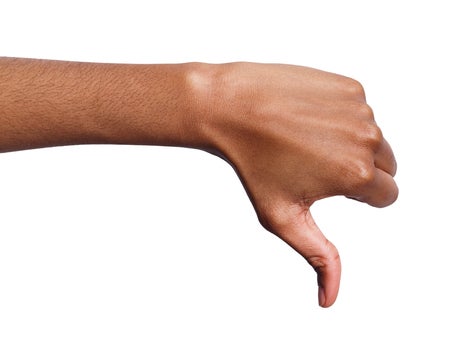 A Missouri woman was rejected for the position she applied for in a job advertisement posted on Indeed.com, because the company allegedly does not consider applicants with “suggestive ghetto” names.

“I have a public service announcement. I am very upset because today I received an email about this job that I applied for as a customer service representative at Mantality Health,” wrote Hermeisha Robinson on a post she shared via Facebook last Monday, Aug. 13.

She uploaded a screengrab of an email from the company she applied for, stating: “Thank you for your interest in careers at Mantality Health. Unfortunately we do not consider candidates that have suggestive ‘ghetto’ names. We wish the best in your career search.”

“I know I’m well qualified for the position as [they’ve] seen on my resume!” said the Missouri woman. “They discriminated against me because of my name which they considered it to be ‘ghetto’ for their company!”

Robinson said that she was hurt by what happened. She added that because of the incident, she second-guessed her name, trying to figure out if it indeed sounded “ghetto.” The Missouri woman then requested netizens to share her post to help put a stop to discrimination.

Apparently, Robinson was not the first prospective candidate to be rejected for having a “ghetto” name. Two other women, Quinntellia Fields and RoRo Nelson, shared via Facebook posts the same rejection message the company sent them.

Meuret alleged the unknown hacker targeted black women as well as Mantality employee Jordan Kimler who was listed as the sender of the messages. He added that the company had filed reports with the Chesterfield Police as well as St. Louis County’s cyber crime division, and that he was waiting for Indeed.com to provide the IP address of the hacker.

Meuret noted that he felt bad for Robinson, the report said. “Regardless of the situation, that young lady shouldn’t have to open anything that offensive. But there was no one from our organization that sent that out.”

While the company claims that the rejection letters were the result of a hacking, it did not state whether or not it will reconsider the applications of the rejected employees. JB