Grocery stores are having difficulty filling their empty shelves

Grocery stores are having difficulty filling their empty shelves

Since the surge of the Omicron variant began, grocery stores all over America have been having a difficult time filling their empty shelves. Similar to the contagious COVID-19 variant, new issues on labor shortages and supply chain have surfaced. This is all backed up by the severe weather condition.

A series of shortages are widespread affecting not only packed goods but also meat and poultry produce. The stores are also struggling to immediately restock grocery essentials like bread, milk, cleaning products, and canned soups.

Grocery customers have shared their frustrations and sentiments on social media these past few days. There are photos of empty shelves circulating on Twitter. Some of the grocery stores posted are Giant Foods, Publix stores, and Trader Joe’s.

Hey Agent @JackPosobiec just saw this at the grocery store. So telling of the times. pic.twitter.com/5kRhApXA62 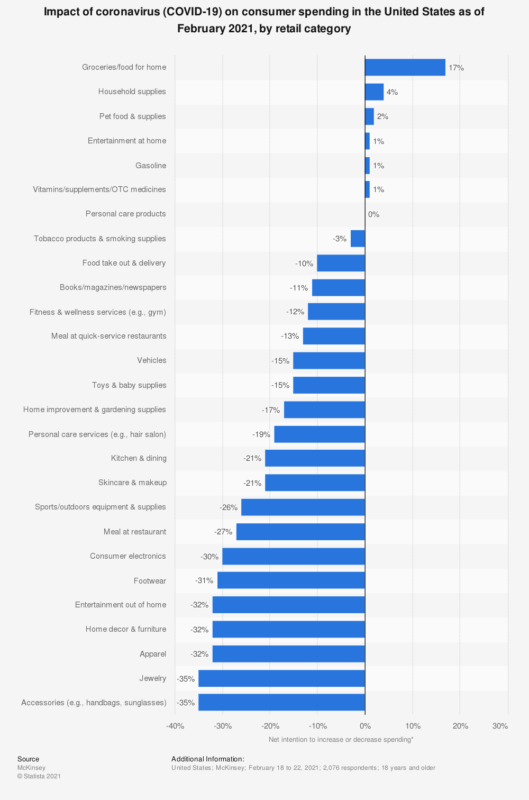 One of the observed reasons aside from labor struggles and logistics problems is the ongoing pandemic trends. Though these trends have been heightened by the recent Omicron surge, the pandemic effects have never abated. Americans prefer more home cooking since some schools and offices are closed. A data by Statista shows how consumer spending in grocery stores and supermarkets increase by February 2021.

According to FMI, a trade organization for food producers and groceries, an average US household spent $144 per week at the grocery store last year. This was lower compared to the peak of $161 in 2020.

Aside from the struggling supply chain, grocery stores are now facing other setbacks. While they are trying to keep up with the demands, they would need to deal with the root cause of the issues.

Another empty grocery store spotted right outside of DC.

This is Biden’s America, and we are just one year in. pic.twitter.com/sEDShgYb7G

One of the setbacks mentioned is the rising case of the fast-spreading Omicron variant. The spread keeps on adding the number of sick workers. Thus, resulting in staff shortages for vital functions like logistics and transportation. This results in delivery delays which affect store shelves restocking.

Albertsons’ CEO Vivek Sankaran mentioned that products have less supply. He said during a call with an analyst, “I think as a business, we’ve all learned to manage it. We’ve all learned to make sure that the stores are still very presentable, give the consumers as much choice as we can get.”

Sankaran added, “Omicron has put a bit of a dent in efforts to improve supply chain gaps. We would expect more supply changes over the next four to six weeks.”

According to the National Grocers Association, most of the grocery stores are operating with less workforce. Most of the members have only less than half of their average workforce.

Another factor slowing down the supply chain is the continuous shortage of truckers. With fewer of them, grocery stores aren’t able to restock supplies quickly.

Industry analyst Phil Lempert said, “The trucking industry has an aging workforce on top of a shortage. It’s been a problem for the last several years.”

In addition to the widespread logistic issues is the high level of congestion at ports. Lemert added, “Both of the challenges are working in tandem to create shortages.”

Meanwhile, the severe weather condition is also another factor adding up to the pile of grocery stores issues. Some shoppers at Trader Joe’s saw messages on the empty shelves. The grocery noted that weather emergencies are causing the delivery delays.

While most parts of the Northeast and Midwest are currently experiencing severe weather, the commuting and travel conditions are also jeopardized. Thus, resulting in people stocking up on more grocery items. The high demand partnered with transportation struggles is resulting in difficulty of transporting goods. Which in turn follows more shortages.