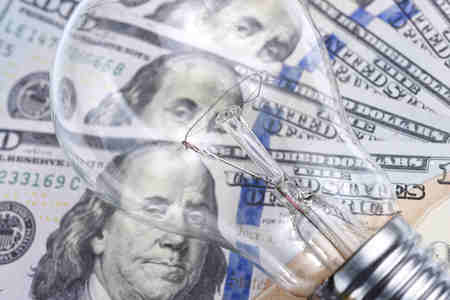 A woman in Erie, Pennsylvania got a bad holiday surprise when an electric company mistakenly charged her with $284 billion (around P14 trillion) in her monthly bill.

Mary Horomanski went online earlier this month to check how much she owed her electric provider Penelec, only to find out that she has been slapped with the unbelievable amount, as stated in a report by Erie Times-News on Monday.

“We had put up Christmas lights and I wondered if we had put them up wrong,” Horomanski told the news outlet.

Her bill, which was posted on Facebook, showed that she has until Nov. 2018 to pay for the entire $284 billion. Meanwhile, she still had to settle $28,176 (approximately P1.4 million) for her current month.

“Have your rates increased[?] If so has anyone been notified? Because I’m pretty sure this bill alone [reflects] much more [than] that,” Horomanski wrote in her Facebook page. She added that her bill was “probably higher than the national debt.”

Horomanski reached her son, who contacted Penelec. The company quickly corrected the error and has now charged her with only $284.46.

Because of the mistake, Horomanski asked her son for a different Christmas present: “I told him I want a heart monitor.”

First Energy (parent company of Penelec) spokesperson Mark Durbin said that while he did not know how the error in Horomanski’s bill happened, the company appreciates her calling their attention about the mistake.

“I can’t recall ever seeing a bill for billions of dollars,” Durbin said. Katrina Hallare/JB