Meta in Gaming - Everything to Know About Metaverse Gaming

Meta in gaming – everything to know about Metaverse gaming

You’ve probably played video games for more than ten years. Perhaps Street Fighter or League of Legends comes to mind, where the “meta” is the list of champions you should always pick to win. Maybe you thought metagaming refers to a certain tactic not accepted in a certain game. Nowadays, it has a whole new meaning.

Metaverse refers to the Metaverse, merging virtual reality and the real world. More companies are trying to realize this goal, and most of their attempts involve online gaming. Today’s video games have far more realistic virtual worlds than before. If we could step into our favorite video games one day, what could be its impact?

First, we’ll talk about the Metaverse and the growing interest to build it with video games. Then, I’ll show you some of the Metaverse games that are trending now. You might be surprised just how much it could change the world around you! We’ll explore what this could mean for our lives in the future.

Why are the Metaverse and gaming popular nowadays? 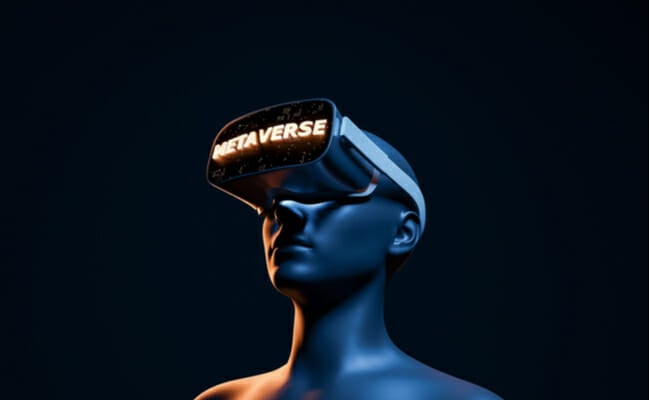 All this talk about “Meta in gaming” started when NFT games became popular. These were video games that used blockchain and NFTs.

The former is the decentralized network that all cryptocurrencies have. It relies on individual computers working together instead of operating under a central authority.

You’re probably more familiar with bitcoin (BTC), the first crypto that came out in 2009. Since then, people have found new uses for blockchain, such as creating NFTs.

Non-fungible tokens or NFTs were digital media that had ownership tied to a blockchain. This lets an owner have a unique copy despite several replicas available.

It’s like comparing an original painting from Leonardo Da Vinci vs. someone creating a fake. While they may look virtually the same, Da Vinci’s is still more valuable because he made it.

Eventually, people began selling NFTs and earning millions of dollars. After all, some people thought they were worth buying because of their uniqueness.

Then, certain video games included NFTs that allowed people to earn while playing. Along with the cryptos you could earn too, NFT games became popular.

After some time, Facebook CEO Mark Zuckerberg announced that he would change his company’s name to Meta because its new goals are aligned with the Metaverse.

As a result, chatter about Meta in gaming is growing worldwide. You might think it’s silly or out-of-this-world, but it’s truly taking form right now.

Read More: What Is The Metaverse?

What are examples of Metaverse gaming? 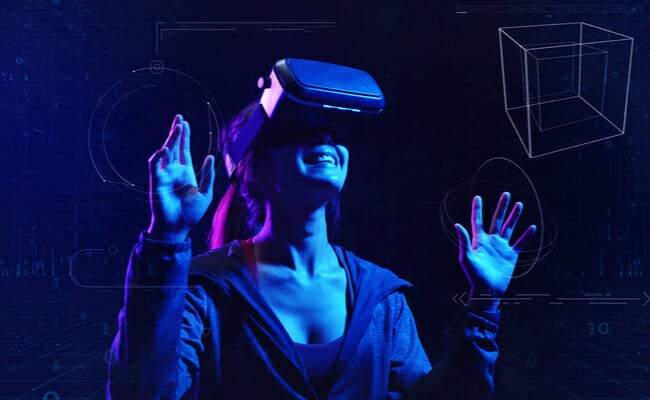 The biggest proof that the Meta in gaming is real is Axie Infinity. It works like Pokemon, but you purchase digital pets called Axies. You earn the cryptocurrencies AXS and SLP while playing.

Once you earn enough, you may purchase land for your pets. You may spend the coins on upgrades for that plot, or you may sell it on the Axie Marketplace as an NFT.

It’s the most popular NFT game nowadays because it allows people in the Philippines and Venezuela to earn money. If you can’t afford Axies, you may join the scholarship program.

A mini-documentary featuring a mother of three said Axie was a great help. She said, “… It [Axie Infinity] sustained our daily needs, paid our bills, and debts.”

Zuckerberg’s Meta announcement skyrocketed the value of AXS too. This means people know that Axie Infinity stands to benefit from the Metaverse. Here are other examples of Meta in gaming:

Create your Avatar, Download the Game & Enter the #Metaverse! 👑

Here’s another trending NFT game! Sandbox is like Minecraft, but you can purchase, own, and sell land. This will allow you to create a game with this NFT game.

That’s the other selling point of Sandbox. It lets you create a game within the game. They won’t be simple 2D run-and-jump affairs like Super Mario, though.

Instead, you’ll be able to make a full 3D game. Creating a world yourself is real proof of Meta in gaming, in action! What’s more, Sandbox lets players create, buy, and sell NFTs.

The @dcllandbot having fried its circuits, we’re pleased to officially announce the largest metaverse land purchase ever! Congrats to @tokens_com and @Metaverse_Group for securing a 116 parcel estate in the DCL fashion precinct. And if you’re in the fashion industry – get ready! pic.twitter.com/IGyb4nbZQW

This one’s similar to Sandbox, but instead of making 3D games, you just place a lot of activities on your land. For example, you could host an art exhibit or a concert.

That will allow you to earn from your land. Otherwise, you could just buy the Decentraland crypto called MANA and sell it once the price increases.

Like Sandbox, you can create NFTs there and sell them for profit. Due to the rising MANA price, it’s been a great investment for many people in the past few months.

Our Soft Launch is now live on @0xPolygon mainnet! Play, build decks, climb the ranks, win #NFT cards, and most of all, enjoy!

You may have heard of people earning millions in Pokemon trading cards, but do you know how to play with them? If you enjoy that, you might like Skyweaver!

It’s a card game where your cards are NFTs. You start the game by choosing a playstyle to get your first Skyweaver Hero. Then, you get to create a deck with all the base cards.

You can earn more cards as you play against other players. It’s a trading card game, so you can swap cards with other players. You can’t sell them, though.

At the time of writing, people can’t play Skyweaver yet. You may join the waitlist for the private beta by including your email address on the list.

It might not be interesting if you want to make a quick buck, but it’s an interesting gaming concept. Nowadays, you have to be open to new ideas, which will change the world.

What should we expect from Meta and gaming? 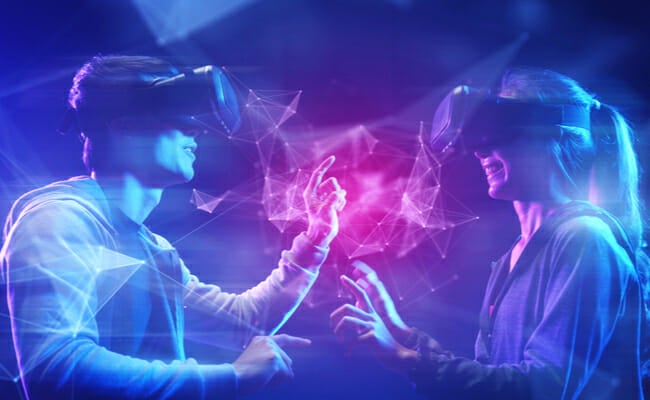 Back then, you could only make money from playing video games if you took part in competitive gaming. If you’re good enough, you might win a cash prize.

Nowadays, people truly earn by playing, as if it’s a day job. The World Economic Forum even recognizes this change happening due to Metaverse games.

These create an economy that lets people earn more than they could in the real world. This is how Meta in gaming is taking shape right now!

Should you be glad or worried? It’s too early to be sure, but you should learn all that you can anyway. Whether you like it or not, these changes are happening right now.

You can only adapt if you know even a bit about these concepts. As this spreads, you will most likely be prepared for the shifts they will cause in your life.

This article is not meant to provide investment advice. Even though I mentioned a few cryptocurrencies, you’re in charge of investing in them or not.

It’s up to you whether you’ll try any of these games too. Make sure you understand the potential risks involved by trying these. Read all the information available on the internet beforehand.

Inquirer USA articles can provide more information about the Metaverse, NFTs, and other latest trends. What’s more, you should check out other online sources too.

TRENDING
Do the Amish pay taxes?
Best tax software with easy help
The Best Credit Card Debt Calculator
How Can We Solve the Affordable Housing Crisis?
The Greater Fool Theory – Everything to know
Is investing gambling? The line between assets and bets