Shares of BuzzFeed Inc plunged as much as 17% in their Nasdaq debut on Monday, after its merger with a blank-check company was hit by a flurry of investor withdrawals last week.

The company was one of the 10 trending stocks on Stocktwits.com, a platform commonly seen as a measure of interest from retail investors. 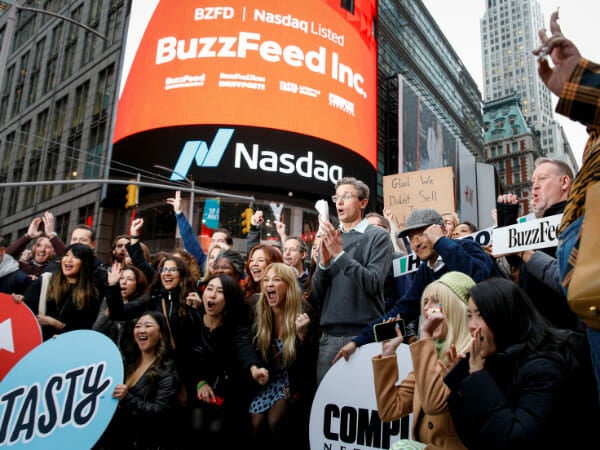 Jonah Peretti, founder and CEO of BuzzFeed, poses with employees to celebrate the company’s debut outside the Nasdaq Market in Times Square in New York City, U.S., December 6, 2021. REUTERS/Brendan McDermid

After shareholders redeemed a majority of their stake, BuzzFeed said last week it would receive only 6%, or nearly $16 million, of proceeds from the trust account of the blank-check company 890 Fifth Avenue Partners Inc, named after the fictional Avengers mansion.

Special purpose acquisition companies typically sell shares at $10 apiece, put the cash in a trust account and then search for a company to buy. Its shareholders can choose to redeem their shares in return for cash. 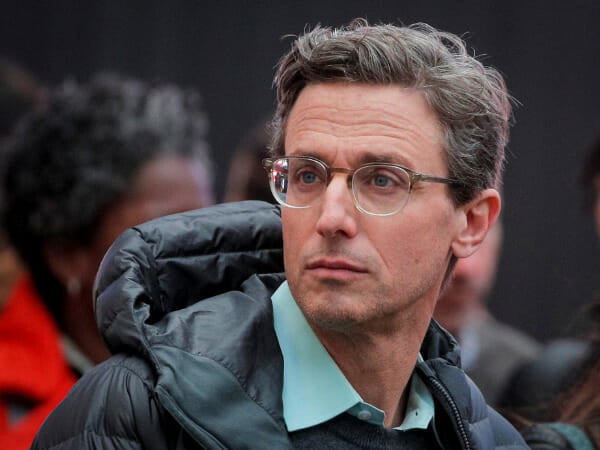 Tightening scrutiny from the U.S. Securities and Exchange Commission and saturated demand have weighed on the SPAC market, which soared in popularity last year.

BuzzFeed’s deal is a barometer of investor interest for peers like Vox Media, which is reportedly considering a SPAC merger. Magnum Opus Acquisition Ltd, the SPAC merging with Forbes, has been trading below its issue price of $10.

The company, which produces news, videos and online quizzes, was founded in 2006 by Jonah Peretti and John Johnson, and saw a rise in popularity among the youth.

In 2016, the company was valued at $1.7 billion after Comcast Corp-owned NBC Universal’s investment.

(Reporting by Mehnaz Yasmin in Bengaluru; Editing by Maju Samuel)