With US inventories short, Black Friday extends through November

With US inventories short, Black Friday extends through November

Facing scarce year-end inventories and a shortage of workers, retailers are turning “Black Friday” into a month-long event.

Walmart, the world’s largest retailer, said on Monday it had already started “Black Friday” discounts such as $30 off AirPods and KidKraft dollhouses. Walmart, whose stores will be closed on Thanksgiving for the second year in a row, said it would only offer the same discounts in stores on Friday.

Rival big-box retailer Target on Sunday began running its own Black Friday sales, such as up to 30% off Samsung and TCL flat screen televisions, and 50% off headphones. Target said on Monday that from now on, it will keep all its roughly 1,900 stores closed on Thanksgiving. 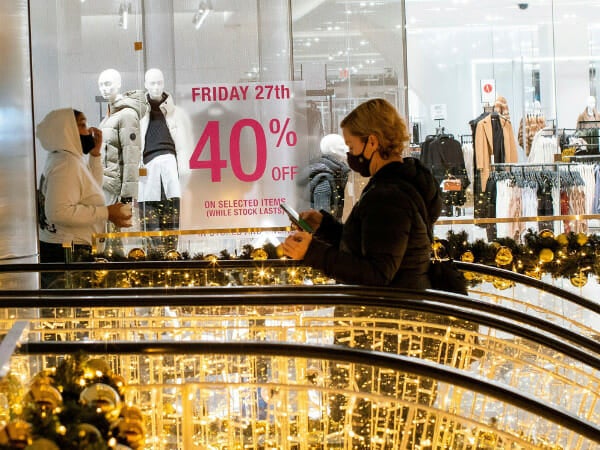 The Thanksgiving weekend previously kicked off the U.S. holiday shopping season with “doorbuster” discounts that had consumers lining up for blocks outside brick-and-mortar stores across the country on Black Friday, the day following Thanksgiving. In recent years, shopping at stores on Black Friday has faded, with online sales on the day outpacing brick-and-mortar sales for the first time in 2019.

This year, retailers started promoting online holiday “deals” as early as September, because the ongoing supply chain logjam threatened to block them from bringing new merchandise from Asia into the United States in the weeks before the Christmas holiday. But the bargains are modest. Retailers are expected to dangle price cuts of 5%-to-25% this Friday, only slightly deeper than the 5%-to-10%-off discounts they offered in October, according to Adobe Digital Economy Index. 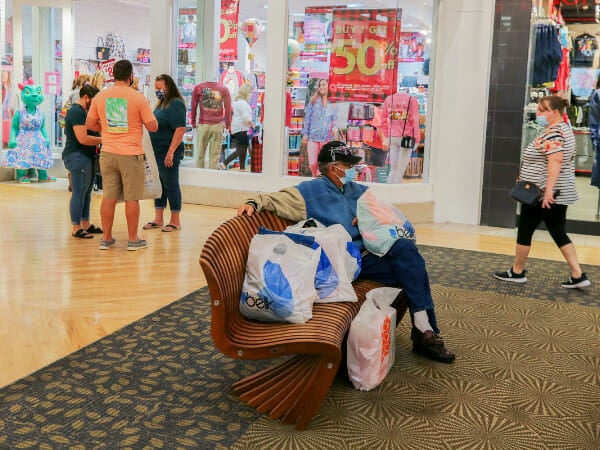 Retailers have increasingly reduced Black Friday store hours as shoppers turn to online shopping. “Are discounts going to be as prevalent and as deep as they normally have been in the last few years?” asked Marshal Cohen, chief industry analyst at NPD Group. “No, not if the demand for product is high and the supply is low – there’s no reason to promote discounts.”

“Stores are trying to berate the public into thinking ‘get it now or it might be gone,” said 70-year-old artist Maggie Smith from Tucson, Arizona.

According to a Reuters/IPSOS poll of about 1,000 people, more than a fifth of shoppers said they planned to primarily buy gifts online this year, while only 12% said they would shop primarily in stores. Online sales on Black Friday itself are expected to increase by 5% to $9.5 billion, according to the Adobe Digital Economy Index.

Walmart and Target both said they would invest more in same-day options, including the ability for shoppers to pick up merchandise ordered online. 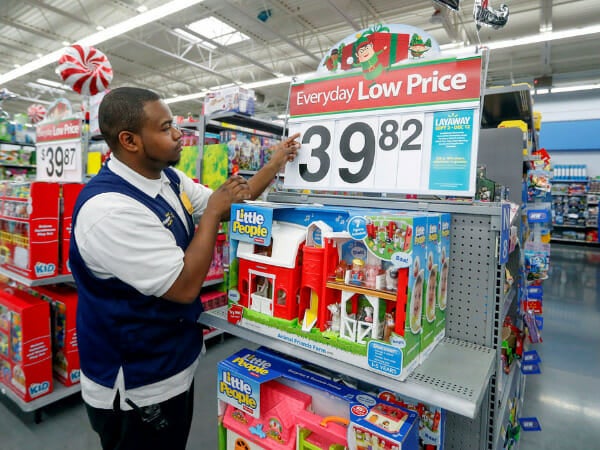 An employee puts up a price tag ahead of Black Friday at a Walmart store in Chicago, Illinois, U.S. November 23, 2016. REUTERS/Kamil Krzaczynski/File Photo

But fulfilling quick-turn online orders could put pressure on retailers’ labor forces at a time when warehouse workers are in short supply.

“We’re seeing double-time for those shifts and increases in the pay, but then that’s going to be painful,” said Andy Halliwell, senior director of retail at consultancy Publicis Sapient. “That’s going to come out of the retailers’ margins.”

JC Penney, which is owned by Simon Property Group and Brookfield Asset Management, wants to hire 3,000 supply-chain workers in distribution centers in addition to 25,000 seasonal associates. The retailer is offering $2,000 retention bonuses for select supply chain associates in certain locations.

Macy’s, which plans to hire 71,000 seasonal workers, said that nearly one-third of those employees will work in fulfillment centers across the country, and Kohl’s in July said it would give maximum bonuses of $400 to hourly store and supply chain associates who stuck around for the holiday season.

To be sure, some retailers said they are preparing for brick-and-mortar stores to make a comeback, and said they have enough inventory.

For Marc Ivan, a 23-year-old student in Philadelphia, going to stores isn’t a tradition he plans to give up, even though he said he will do most of his shopping online as early as possible this week.

“I’ll still go out on Black Friday, just to do some casual shopping and hang out with friends.”