Who else should be liable for compensating the seriously injured?

Who else should be liable for compensating the seriously injured? 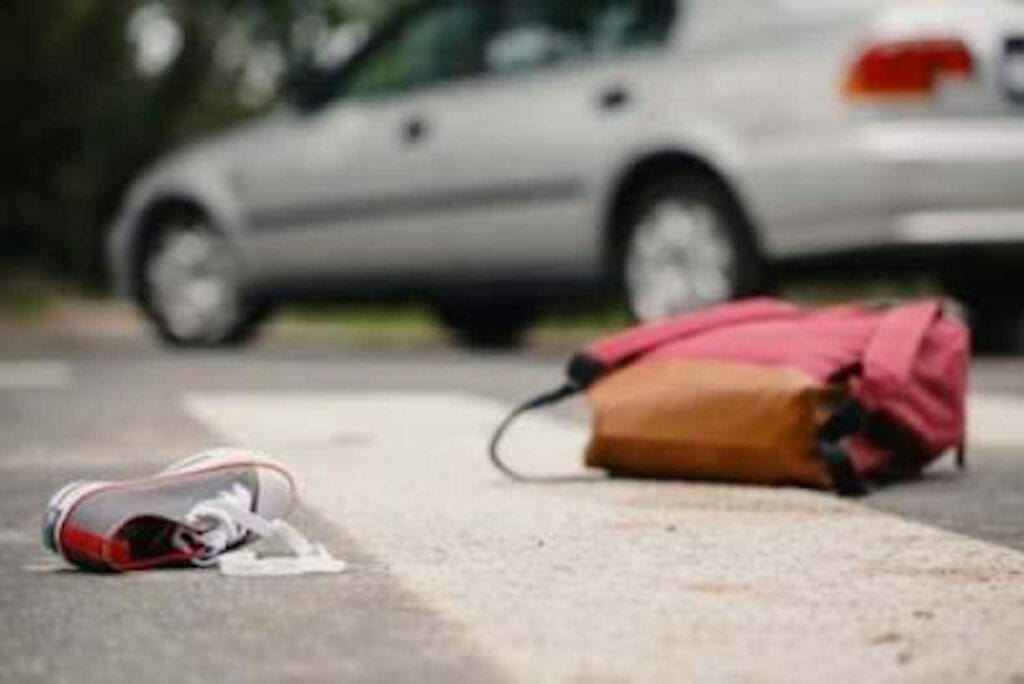 QuiChang Zhu (72 years old) and her grandson, Jian Hao Kuang (6 years old), were using a crosswalk to cross a street in Sacramento, California. The intersection has no traffic lights and the crosswalk was poorly marked. Because the intersection is near a school, the street is busy. As the grandmother and her grandson were crossing, Gurdeep Sidhu, driving his vehicle, struck the pair, killing Zhu and severely injuring Kuang. The child sustained permanent brain damage and was rendered disabled for life to an extent that he is dependent on others and unable to work.

While immediate fault could be placed on the driver, the problem is that he had limited liability insurance to compensate the family’s damages. Are there other parties who can be held liable to compensate this family?

Upon investigation, it was discovered that the city had removed most of the crosswalk’s paint. However, enough paint remained to give pedestrians the impression that the crosswalk was still marked. Approaching motorists, however, will not see the markings. The city also removed warning signs notifying motorists that pedestrians could be crossing.

The City responded that it had received complaints that the street where the accident occurred was not a safe place for pedestrian crossing. Therefore, in accordance with city ordinance, the city noticed the location for crosswalk removal and later removed the thermoplastic markings and signage of the crosswalk.  The city asked the court to dismiss the case based on “design immunity” (the city is not liable for an injury caused by the plan or design of a public property where such plan or design has been approved by the legislative body or the agency in charge of such plans).

The court refused to dismiss the case saying that the city did not completely remove the thermoplastic markings on the asphalt of the crosswalk. These remaining markings “had the dangerous effect of being visible to pedestrians giving the impression the crossing was still intended to be a marked crosswalk, but not being visible to approaching motorists.”

Accidents that result in fatal or catastrophic injuries affect the injured person and their family in significant ways.  Rights to medical treatments, including the responsibility to pay past and future medical expenses, and loss of earnings are important issues.  There are also the more serious physical pains accompanied by emotional suffering as the person is not able to pursue and enjoy life’s basic activities.

Under the law, where an injury was caused by the fault of another, the injured has the right to file a claim for damages to compensate them for these injuries.  Where death resulted, the decedent’s family members have the right to sue on behalf of the decedent to recover economic damages such as medical bills, funeral expenses, and loss of financial support. They can also sue to recover non-economic damages. Under California law these include the loss of love, companionship or consortium, comfort, care, assistance, protection, affection, society, moral support and the loss of training and guidance.

One of the challenges that may present itself in catastrophic injuries or wrongful death cases is that the party directly responsible may have limited insurance coverage to pay for the injured person or decedent’s family’s damages.

In this situation, an attorney’s knowledge, creativity, and extensive litigation experience become valuable. There may be more than one party whose negligence caused the harm. Finding that party and proving their culpability is the key to obtaining damage awards that will make the injured person whole.

Rather than proceed to trial, the city settled with the family for $11 million. The settlement was structured as a special needs trust for Kuang.  The insurance of the driver that hit the two also paid a $100,000 settlement to the family.