Have you ever wondered what some of the best Nirvana songs are? Nirvana was an American rock band that formed in 1987. The group consisted of Kurt Cobain, Krist Novoselic, and Dave Grohl. With Kurt Cobain passing, the band also came to its end. Nirvana became one of the most influential bands ever to play music because they helped change the face of alternative rock with their intense yet catchy sound.

This blog post will rank Nirvana’s top 10 songs based on various sources online. It will also include a brief description of what each song is about so you can get an idea of what it sounds like if you’re unfamiliar with them!

What are the top 10 songs of Nirvana? Nirvana is responsible for bringing grunge to mainstream audiences, which is why many people consider them the “greatest” or “most important” rock band in history. You can remember all these facts about this iconic group by listening to their best songs! So here are some great nirvana songs that will have you rocking out all day long!

Lithium is a single from their album Nevermind. Like an actual dose of Lithium, the feelings conveyed on this soothe the guy on the song. While the song is packed with the adrenaline-inducing chorus of “yeah!”, a serious story underlies it.

It’s about a guy that focuses on religion when his girlfriend dies. As Kurt Cobain told Michael Azerrad, “I’ve always felt that some people should have religion in their lives.” You’ll find this song intriguing as it touches the comforts of faith. This single is Nirvana’s breakthrough, and it pushed the band to a whole new level of music. Kurt Cobain said that he was trying to come up with a pop song. But eventually, Cobain lost interest in his creation.

When major record labels went for mainstream music, the Indie band’s power was overlooked. Nirvana never took this trend negatively but instead came out with this song that shows their talent in songwriting—but still having the band’s individuality intact.

Related Article: The Power of Music on the Body

Nirvana’s Heart-shaped box is a great example of the grunge music genre. This album was released on Valentine’s Day, 1993, debuted at number one in the United States charts. The first single in the Utero album, “Heart-Shaped Box,” reached number two on Billboard Hot 100. Steve Albini produced the Utero album.

A heart-shaped box made of wood, with a lock that you can’t open. What’s inside? Hints to your future? Your deepest desires?

This is what the Nirvana song “Heart-Shaped Box” asks. But once you open it up, all you’ll find is an old photograph and some string.

The lyrics tell the story of someone who has opened their own emotional Pandora’s box but found nothing but disappointment inside. Despite that, the musical progression is undeniable. Also, Courtney Love said that Kurt Cobain created this song in just 5 minutes! While All Apologies was written in 1990, this song is a heartbreaking counterpart to the amplifying noise the singles in the Utero album offer. There’s nothing more dramatic and sadder than the sound of a broken guy that’s fame-crushed. Though the lyrics of the songs show defeat, it also appears like a dark and heavy note.

As the lyrics say, “everything’s my fault.” But looking on the bright side, the song has instilled some positivity as it says, “In the sun I feel like one.” While everyone remembers the version that Nirvana recorded was in 1993 for their live album MTV Unplugged in New York, it’s hard to listen to it following Kurt Cobain’s death. It seems like the audience is listening to a suicide note.

With Nirvana’s unfathomable talent in writing, it’s no surprise that this song was written just on the spot during one of their sessions in Sound City Studios. Although Kurt Cobain didn’t confess who’s the inspiration in this love song, the hint is that he met Courtney Love three months after the song was born.

Cobain was also vocal that “Drain You” is one of his favorite Nirvana singles. It’s that good for him that they always perform the song in every show during Nirvana’s last three years. Kurt Cobain said, “Like Drain You. I love the lyrics, and I never get tired of playing it.”

As fans know, Kurt Cobain’s startling scream made the ending of this song epic. Also, listen to this song’s live version from the Reading festival in 1992. The melody is captivating. With this song’s intense drumming and the foundation of guitar blast, it’ll have your heart all thumping. Although this is similar to other songs on the Nevermind album, the lyrics will confuse you with a budding addiction or a love buzz. With the song’s lyrics, “Love you so much it makes me sick,” and “she keeps it pumpin’ straight to my heart,” it’s quite clear the song is about love.

At that time, Kurt Cobain was in a stormy relationship with Bikini Kill drummer Toby Vail, which might give him an “aneurysm” as he came up with this song.
It’ll depend on your perception once you’ve heard the song. Even if this song wasn’t a part of their studio album, it’s been one of the familiar songs in any Nirvana show.

7. Where Did You Sleep Last Night?

Though this is a great song to listen to while driving, its eerie yet catchy tune will get stuck in your head for hours after you’ve heard it, no one can deny that Kurt Cobain slew this song with his extraordinary vocals. As the song starts with his mumble, the ending is at the utmost level of emotional intensity.

The lyrics are about the singer wanting to know where the person they love slept last night and if they were with someone else or not. This song also talks about how people can never get what they want because of outside influences like their friends, parents, society, etc. This song is so interesting because it explores issues of monogamy and fidelity in relationships. This song was intended to be a hardcore punk song, but Kurt Cobain tweaked it to have a softer tune. However, the song depicts the dark side of a rock fan who “likes to shoot his guns” and “sells the kids for food” lyrics, “In Bloom” became a hit single.

It’s also a fan favorite that they sing along with the song during Nirvana’s live sets. Ben, if they didn’t know what the song means. While the song exposes a lot of Nirvana’s howls, the chorus part shows Cobain’s incredible ability to spin a melody.

This song from the album Bleach is about an apprentice who has lost his sense of smell and can no longer perform his trade as a perfume because he cannot distinguish between scents.

The song, which contains lyrical references to tar, baby powder, and freesia, was written by Kurt Cobain during his last days in Rome before returning home to Seattle, where he would eventually take his own life. It’s interesting how something so small as losing your sense of smell can mean the end for someone else. This song came out on December 14th, 1989 (eleven years ago). 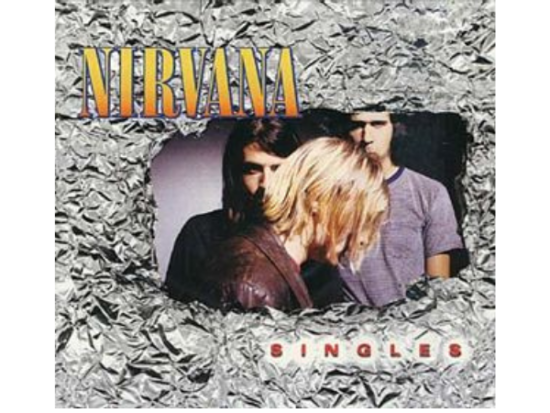 There are two perceptions of this song, depending on how you interpret it. It can be about an abusive relationship or Kurt Cobain’s turtle pet. Kurt Cobain was never content with the first outcome of this song, and he kept on recording it over and over from 1987 to 1993.

He may be feeling quite sappy that this song just ended up as a bonus track on an AIDS charity compilation. Although Cobain never considered this as a full track, the fans appreciated it. The band included it back on their set of the final tour in 1994.

While 30 years have passed since the release of Nirvana’s debut album Bleach, the band’s legacy is still on up to these days. Nirvana’s music is iconic and has hugely influenced the generations of musicians that followed them.

The top 10 songs listed in this blog post are just some of their best work, but every song they’ve ever created deserves to be celebrated for its artistic brilliance. If you’re in for a different genre, these Top Lizzo songs will give you just the feel-good vibe you need.