Thousands of Deere & Co workers began a strike on Thursday, the United Auto Workers (UAW) said, days after overwhelmingly rejecting a six-year labor contract that was agreed on with the tractor maker.

Earlier this month, the world’s largest farm equipment maker and the UAW union reached an agreement after weeks of negotiation on wages and other benefits, but 90% of the union’s workers voted against the deal.

The tentative deal covered about 10,000 production and maintenance employees across 14 facilities in the United States.

“Pickets have been set up, and our members are organized and ready to hold out and fight for a contract they believe meets their needs,” Ron McInroy, director of UAW Region 4, said on Thursday. 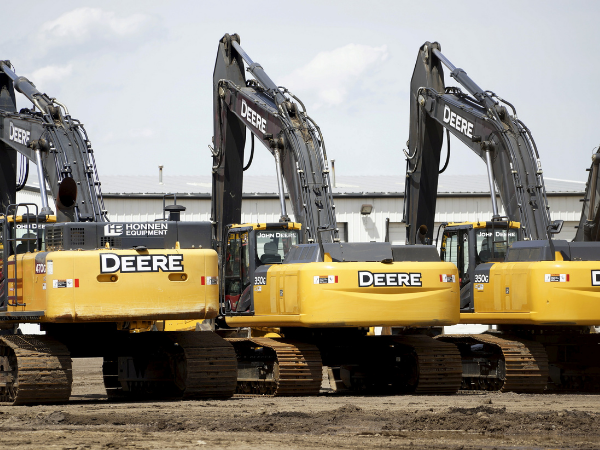 Equipment for sale is seen at a John Deere dealer in Denver May 14, 2015. REUTERS/Rick Wilking/File Photo

Separately, Deere said it remained committed to reaching a new agreement, adding that it had not yet estimated when it would complete negotiations.

The now-rejected offer would have given 5% wage hikes for some workers and 6% for some others. The proposed deal had also called for 3% raises in 2023 and 2025.

The workers understand that they had to make concessions on some benefits in the past and now they want to get some of it back at a time when Deere is doing “very well financially” and labor shortages persist industry-wide, a source familiar with the talks told Reuters.

Deere, which has about 27,500 employees in the United States and Canada, had earlier said its operations would continue as normal.

The strike is set to take place in the middle of the U.S. corn and soybean harvest season, at a time when farmers are struggling to find parts for tractors and combines.

The last strike against Deere by the UAW was in 1986 when workers sat out for 163 days.

The company, due to report full-year results late November, has forecast a record net income of $5.7 billion to $5.9 billion.

LATEST
The Many Ways In Which SEO Backlinks Help Your Website Get More Visitors
U.S. to allow 35,000 more guest workers as summer nears
More US companies now offering abortion travel benefits
You’re Doing It Wrong: How to Use Long-Tail Keywords to Gain Traffic
Where’s the beef? Wendy’s, McDonald’s are sued over fake burger sizes
Why Hiring Digital Marketing Services Is a Must In 2022