Klete Keller, a former Olympic swimmer who won two gold medals for the United States, on Wednesday pleaded guilty to a felony charge related to his participation in the Jan. 6 riot at the U.S. Capitol by supporters of former President Donald Trump.

Keller admitted to obstructing an official proceeding, after prosecutors agreed to drop six other criminal charges they brought against him in February.

U.S. District Judge Richard Leon in the District of Columbia accepted Keller’s guilty plea at a court hearing. Leon will sentence Keller at another hearing that has yet to be scheduled.

The charge has a recommended sentence of between 21 and 27 months in prison, but Leon is not bound by that range. 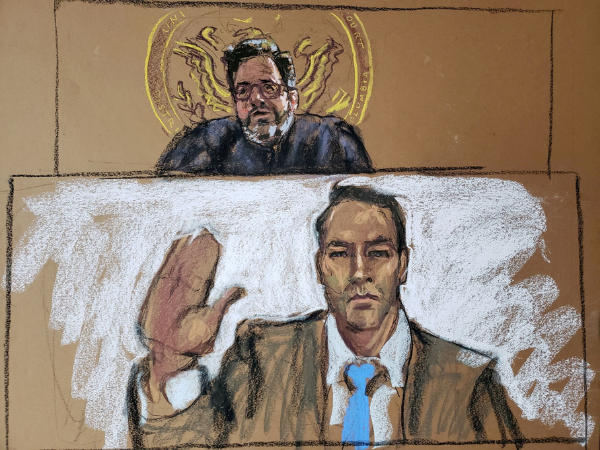 U.S. Olympic swimmer Klete Keller appears in this courtroom sketch during a virtual hearing before Magistrate Judge G. Michael Harvey in a District of Columbia court January 22, 2021 on charges related to the January 6th storming of the U.S. Capitol in Washington. REUTERS/Jane Rosenberg

Keller is a five-times Olympic medalist who held off Australian great Ian Thorpe on the anchor leg of the 4x200m freestyle relay at the 2004 Athens Games to win gold for the United States.

More than 600 people have been charged with taking part in the Jan. 6 violence, which followed a speech by Republican Trump at a nearby rally repeating his false claims that his election loss to Democrat Joe Biden was the result of widespread fraud. Those claims have been rejected by multiple courts, state election officials and members of Trump’s own administration.

Keller, a Colorado resident, wore a Team USA jacket when he entered the Capitol on Jan. 6.

According to prosecutors, Keller was in the Capitol for nearly an hour, at one point yelling “F*** Nancy Pelosi!” and “F*** Chuck Schumer!” before others began pushing forward toward law enforcement officers.

Pelosi and Schumer are the Democratic Party’s congressional leaders.