Newcomer Olivia Rodrigo and K-pop band BTS were among the early winners at MTV’s annual Video Music Awards (VMAs) on Sunday, one of the first big award shows to be packed with fans since New York’s emergence from the worst of the coronavirus pandemic.

Madonna opened the ceremony, which also celebrated the 40th anniversary of the launch of MTV as a channel dedicated to playing music videos. 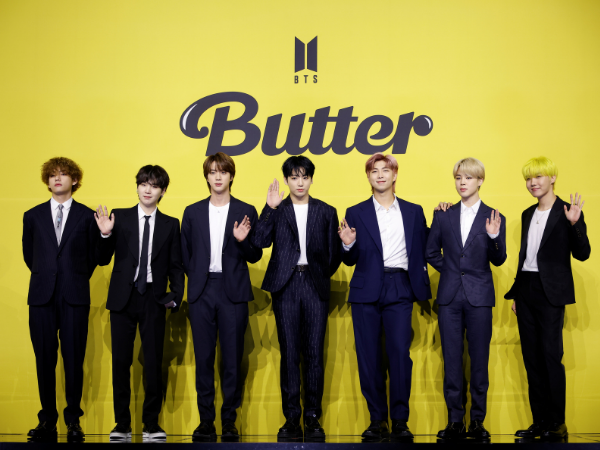 Last year the VMAs took place without a live audience and with most performances recorded in advance because of the pandemic. This year, fans wearing masks filled the indoor Barclays Center arena.

Rodrigo, 18, went into Sunday’s show with five nominations including artist of the year and best new artist after her debut single “drivers license” stormed the pop charts worldwide in January.

She performed smash hit “good 4 u” and took home the trophy for song of the year for “drivers license” in the fan-voted awards.

“This is so insane. This has been the most magical year of my life,” Rodrigo said, dedicating her win to “all the other girls who write songs on their bedroom floor.”

Congrats to @JustinBieber for winning Artist Of The Year at the 2021 #VMAs! pic.twitter.com/taTycEqyNJ

Justin Bieber returned to the VMA stage for the first time in six years, singing his single “Ghost,” while his wife, Hailey, was a presenter.

Bieber, 27, won the first of 7 possible awards, taking home the Moon Person statuette for best pop for his single “Peaches.”

Rodrigo and Bieber are competing against Ariana Grande, Doja Cat, Megan Thee Stallion and Taylor Swift for the top artist of the year prize.

Video of the year nominees include Doja Cat’s “Kiss Me More,” Ed Sheeran’s “Bad Habits,” Lil Nas X’s “Montero (Call Me By Your Name),” The Weeknd’s “Save Your Tears,” Cardi B and Megan Thee Stallion’s raunchy “WAP,” and Bieber’s “Popstar” collaboration with DJ Khaled and Drake.

BTS was named group of the year and sent thanks by video from South Korea, while Grammy-winning country singer Kacey Musgraves performed for the first time on the VMA stage with her new single “Star-Crossed.”

Rock band Foo Fighters will get the Global Icon Award recognizing their 25 years in the music industry. The 12 Grammy-winning band, which will perform later on Sunday, is also up for three VMAs, including best rock video for “Shame Shame.”