No one will ever forget the horror that took place 20 years ago. Although two decades have passed, the trauma and pain still linger for many survivors of the 9/11 attacks.

The whole nation was stunned as they watched in terror how the bright skies of September 11th, 2001 blasted in front of us. The iconic Twin Towers at New York’s World Trade Center crashed into pieces after two hijacked planes hit them resulting in thousands of lost lives.

While that horrific event takes place in New York, the Pentagon in Arlington, Virginia endured the same attack when a jet crashed into the side of the building. In Pennsylvania, the same fate would have occurred if not for the brave passengers who fought in stopping their hijacked plane forcing the plane to hit the fields instead.

+3,500 9/11 family members have joined an IG complaint alleging some FBI officials lost or potentially destroyed evidence, part of the FBI effort to understand Saudi connections to the attack. This includes a video of the hijackers at a San Diego party. pic.twitter.com/mDhxCkZSJj

The connecting events that occurred that morning of 9/11 attacks have been interpreted from different angles. Though these 9/11 attacks happened in the era when the camera of mobile phones wasn’t as clear as what we have now, countless images and videos circulated.

On that same day of the 9/11 attacks, a nearby camera crew who’s covering New York’s Mayoral election immediately caught a live feed of the burning building to a national audience.

Within just three minutes after the crash, news of the 9/11 attacks reached the Associated Press newswire. Moments later, America’s major networks canceled their regular programming to cover the 9/11 story.

UNSC paid homage🙏 at @Sept11Memorial to lives lost, including many Indians

America united as one facing the 9/11 attacks

Three major television anchors accompanied millions as they went through all these 9/11 attacks happenings. Three men from these networks guided every American watching at home – Peter Jennings of ABC, Tom Brokaw of NBC News, and Dan Rather of CBS.

Three words are repeated in millions of American homes on that day of the 9/11 attacks. “Turn on your television” Countless phones are busy as friends and relatives take their telephones to inform their loved ones.

The terrorists killed nearly 3,000 people in that 9/11 attacks. While some people inside New York’s World Trade Center were able to make phone calls, they could already smell smoke and thought of watching the news. 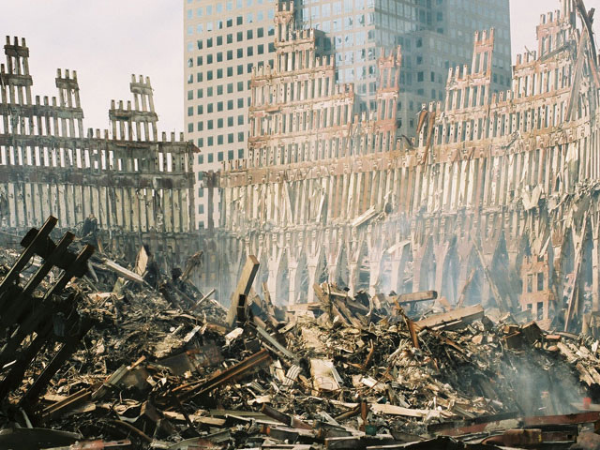 Lauren Manning, a victim who suffered from serious injuries tells the Sky News, “ BY any medical standard, I should have died,”

Lauren had just entered the World Trade Center when the first hijacked plane hit the building. It sends a fireball down into a lift shaft and the lobby.

Lauren added, “There was this incredibly loud, piercing, whistling sound and an instant later I was engulfed in flames. I was burning alive. There are no other words for it.” She was rushed to the hospital and placed in an induced coma.

Twenty years have passed since the 9/11 attacks happened. Americans visit the hills around Shanksville. They visit the Flight 93 National Memorial in commemoration of those who died in this part of Pennsylvania.

September 11th, 2001 is one of the darkest days in American history. It was also the same moment of darkness when people united and stepped up to help others. That day will forever be in every American’s consciousness. As we pause to remember and commemorate the heroes of the 9/11 attacks, let’s also remember how it impacted our lives and the whole world today.