The deadliest days in America are some of the bleakest events in history. Granted, there are thousands of deaths per day in the country alone due to many reasons. But these events are so catastrophic that they surpass all other days when it comes to death tolls on data trackers. This is because so many casualties of wars, civil unrest, natural disasters, and other catastrophic events have led to the loss of so many American lives.

When trying to pinpoint these deadly dates, it is also important to remember that some fatalities worsen if you look at the numbers and compare them to the population. For example, a 3,000 death count in 1945 has a much higher fatality rate than the same death count in 2021. However, the impact of the loss of human lives is never less in value or meaning. So read down below for the deadliest days in American history. 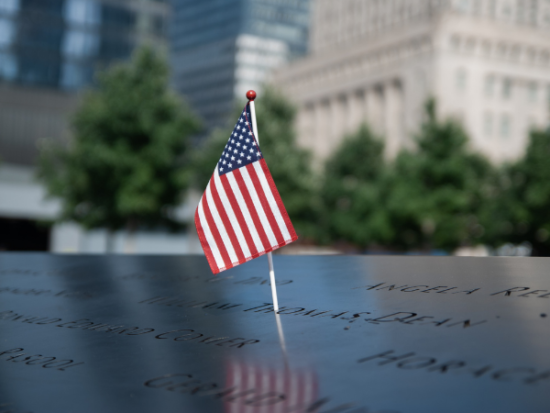 When catastrophe hits the country, whether by natural disasters or something caused by human beings, there is always the fear of losing lives, properties, and livelihoods. Even then, experts say that finding an answer to what is the deadliest days in American history can still be tricky.

There are a few factors to consider, such as the parameters of measuring the fatalities? For example, are deaths caused by other causes correlated to the main event or not included in the data? How about the events that weren’t recorded before high-technology data trackers?

The consensus is that counting fatalities during these deadly events boil down to looking at one day during one specific event that caused the loss of lives. That said, you might have already guessed that these lethal days amounted to thousands of people dying. Casualties of wars and gun violence are among the top but not the highest, as nothing proves to be as dangerous and fatal as unexpected natural disasters.

The deadliest days in American history

According to the Center for Disease Control and Prevention (CDC), there are many causes for daily deaths. At the top of this list are heart diseases, cancer, and accidents or unintentional injuries. But the events listed here are mostly the result of natural disasters and war casualties. Below are the deadliest days in American history. 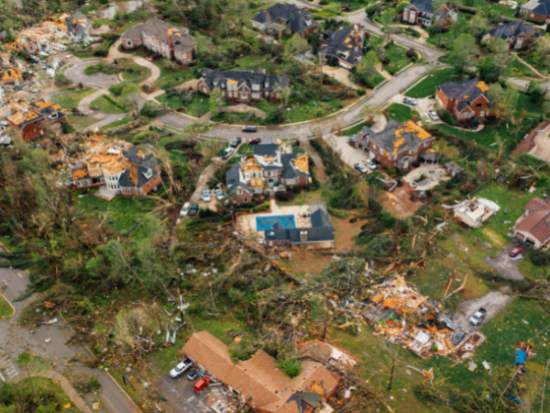 In the 1900s, a Category 4 storm swept through the Caribbean and Florida. Just a year after, the San Ciriaco hurricane also took thousands of lives. Galveston, Texas, took the worst of the hit when it made its landfall on September 8th. Winds up to 145mph and heavy rainfall resulted in a 15-foot storm surge.

It killed an estimated 8,000 people, a devastating 20% of the city’s population. Unimaginable loss and damage of properties and livelihoods meant even more destruction. The city was practically washed away, and bodies turned ashore for weeks after. 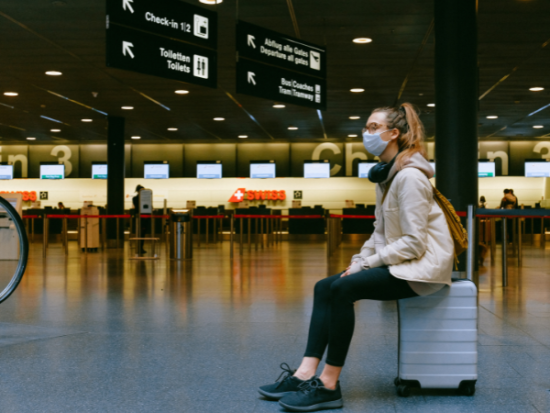 The pandemic that has ravaged the world for a year and a half has resulted in some of the highest daily death counts in the United States. According to data from Johns Hopkins University, more than 5,000 COVID-19 deaths were recorded on the 4th of February this year.

Indiana alone stated their death count at more or less 1,500 people. To date, the novel coronavirus has killed a little over half a million Americans. Thus, the death count of the current pandemic is not far behind the casualties of the deadliest in history, the 1918 flu pandemic.

While it may not be as popular as the Battle of Gettysburg and World War II, the Battle of Antietam was one of the deadliest during the Civil War. The number of deaths racked up to 3,650 or more on September 17th. In addition, almost 20,000 soldiers were wounded, captured, or missing.

According to the National Park Service, the battle was so catastrophic that historians believe the number should be higher. This is because there were so many bodies that were probably not recorded. Nevertheless, it holds the title for one of the bloodiest battles on U.S. soil. 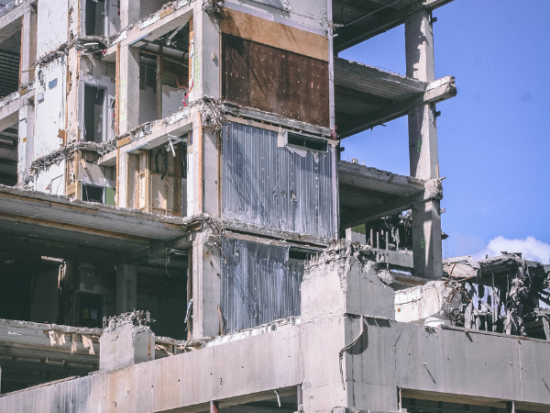 On April 18th, the citizens of San Francisco did not expect a morning that would ravage the entire city. However, an earthquake with a magnitude of 7.9 Mw killed an estimated 3,000 people and left half the population homeless. Furthermore, the turn of the century saw a boom in population for San Francisco, which meant even more people were affected by this disaster.

The violent earthquake lasted for more or less a minute but left an unbelievable wake of destruction. Fires and explosions soon followed that resulted in even more casualties. Osama bin Laden led a series of terrorist attacks in the historic September 11 attack. A total of 2,977 people died when the World Trade Center collapsed after hijacked planes crashed into the twin towers. In addition, hundreds of first aid responders perished along with civilians and the plane’s passengers.

The disaster rocked the entire world as no one expected that a clear, sunny morning would end in so much death and carnage. To this day, 9/11 is still remembered as one of the most horrific days in American history.

In the early dawn of December 7th, nearly 90 lethal Japanese aircraft launched an attack on the American naval base at Pearl Harbor on Oahu, Hawaii. The casualties were astronomical at over 2,000, including soldiers, medical aids, locals, and civilians.

Thousands were aboard American battleships that were still anchored in the harbor when the attacks started. This historic event also marked the active participation of the United States in World War II.

Why is it important to remember the deadliest days in U.S. history? 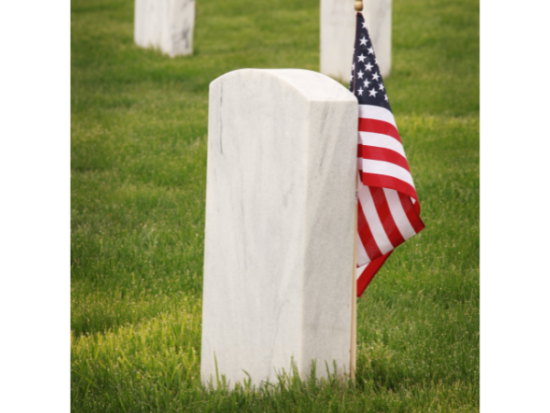 While these events are decidedly heartbreaking, to remember them is to honor all the lives lost and the memories of those people. Some of these events were unprecedented such as natural disasters, but others were preventable. Perhaps they can also serve as both precaution and reminder to not repeat the woes of history.

Remembrance of these events also means acknowledging the atrocities that have happened to the country. It is honoring the surviving families and their trauma. It is important to know that it wasn’t only Americans that died but immigrants and visiting guests, native tribes, and many more during these deadly events. Their lives matter as much as the lives of the citizens in the country.

Best States in the US to Live in

Which is deadlier between natural disasters or artificial attacks?

Disasters are divide into two basic groups: natural and man-made. As you may have already guessed, the former include earthquakes, hurricanes, volcano eruptions, pandemics, and other disasters caused by nature. Man-made attacks include war, civil unrest, nuclear explosions, gun shootings, arson, murder, and other forms of violence that are usually of premeditation.

Both are equally devastating. However, some people may argue that man-made attacks are more upsetting because they can often be avoidable and preventable. Gun shootings, for example, are terror attacks that have plagued the country for decades. Thus, people find that the severity of the casualties of man-made attacks is more devastating, but that’s not to say natural disasters are any less severe or important.

Numbers on paper seem impersonal to those who haven’t lost anyone during these deadly days. The thousands of lives lost boils down to statistics for some historians and experts in the field. But it is important always to remember that these numbers were people — real people with lives and families and dreams. People of all color, gender, and ages were gone too soon. The best way to honor them is to remember these dates and make sure never to repeat this dark part of history in the future again.

MOST READ
usa Canada to let foreign students stay and work to fill labor shortage
usa U.S. Supreme Court expands gun rights, strikes down New York law
usa PH Presidential Awardee Dr. Laura Garcia is a mainstay in NY Fil-Am community
usa Amazon may soon unveil a new Alexa feature to mimic anyone’s voice
usa Trumpet is the first bloodhound to win US Westminster dog show
usa How to Get Started with Direct to Film (DTF)
DID YOU KNOW?
5 Best Noise Cancelling Headphones of 2022
The Shakti Mat: Does It Really Work?
12 Best Travel Cameras to Capture Every Moment in 2022
Top 10 Best Fitness Trackers on Amazon
How to Shop for Engagement Rings Without Breaking the Bank
Top 10 Resorts in Hawaii for a Summer in Paradise