Best linebackers in the NFL

With the 2021 NFL regular season right around the corner, your favorite team may have a brand new roster. On this roster, there will be linebackers.

The linebackers have to be athletic, fast, skilled, and super focused on what is happening on the field. They have to use keen senses to stop whatever offense their playing.

We have some of the best linebackers in the NFL listed in this article. You will be able to see why they are great linebackers.

What does a linebacker do? 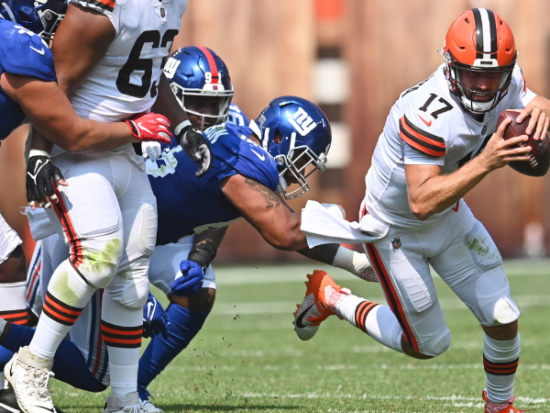 In football, the linebacker is one of the most important positions on the field. To be one of the best linebackers in the NFL requires much physical and mental thinking and agility.

Linebackers have many responsibilities, and if their head is not in the game and they do not react quickly, they could blow the game.

A linebacker is a football position on defense tasked with stopping the offense from scoring or gaining yards throughout the game. The linebacker is usually the captain of the defense.

Linebackers must be fast and read a play quickly that the offense is using and act on that play.

Being fast plays a huge role in this position. However, linebackers must be agile and athletic too. Many of the best linebackers in the NFL are super fast and focused on their main goals every game.

The linebacker’s role changes based on what play is called. Linebackers are the first players that recognize the play by the offense. They have several jobs as linebackers.

Their main job is to stop the running back from getting past the defensive line as a linebacker. They are also responsible for attacking the quarterback, and they help defend passing attempts.

Linebackers also have to react to whatever plays are thrown at them by the offense. If a blitz is called in the game, the linebacker knows to rush the quarterback to get a sack on the play.

The linebacker will also help defend passes if a coverage play is called.

Also, if a coverage play is called, but the offense decides to run the ball, the linebacker has to be fast and stop the ball from going too many yards.

How important are they on the field? The NFL logo is pictured at an event in the Manhattan borough of New York City, New York, U.S., on November 30, 2017. REUTERS/Carlo Allegri

The best linebackers in the NFL are extremely important on the field. Many people say that the linebackers are the players that can make or break a team.

If the defense is strong, it is because of their linebackers. Linebackers have to be tough, strong, and fast to win games.

The linebackers are the players that are making the tackles on the plays during the game. Linebackers line up behind the defensive linemen. If they read a play wrong or have one miss-step, that could cost the game.

Linebackers communicate with the defense, and they help the defense adjust to the play that is called. The teams generally use three to four linebackers at a time.

Linebackers must react quickly to the plays called by the offense. The instincts must be strong to be one of the best linebackers in the NFL.

With that being said, we have compiled a list of the best linebackers in the NFL. These players are the best of the best, and we cannot wait to see them this season.

The ten best linebackers in NFL 2021 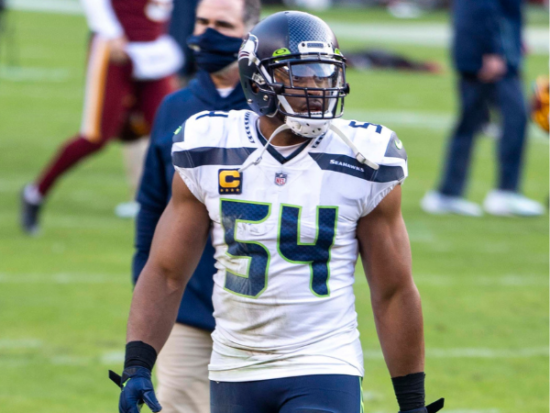 Seattle’s defense has gone to the wayside, except for the likes of Bobby Wagner. Wagner is one of the best linebackers in the NFL. Bobby Wagner has been asked to be a part of the pass-rush strategy that has been the downfall of the Seahawks recently.

Wagner had a great season last year, and he had another season with great stats. He is most likely going to shine this season as well.

Fred Warner is in tough competition with Wagner to be the best linebacker in NFL. Warner shows us a different side and new pathway for the linebacker position.

Fred Warner is exciting to watch, and this 24-year-old has a bright future ahead of him. When Warner was at BYU, he played the overhang, slot/linebacker hybrid position. Only a few of the colleges have this role.

The players in the league respect him, and they were the ones who voted on him being the best linebacker in the NFL. 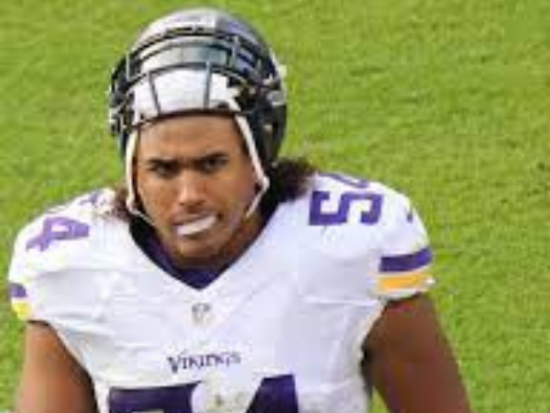 Eric Kendricks shows everyone in the league how to get it done. When he was in college, he played more conventional than Warner did.

He, however, is one of the best linebackers in the NFL today. He has had a great couple of seasons. Including the playoffs, Kendricks has 17 breakups. In 2020, he was tied for 16th in the NFL with interceptions.

At the ripe age of 31, Lavonte David still has what it takes to be one of the best linebackers in the NFL. Lavonte hung with the Chief’s tight end, Travis Kelce, during the Super Bowl.

David made some key pass breakups, and we all know who won that game. We are excited to welcome back Lavonte and cannot wait to see what is ahead for him this season. 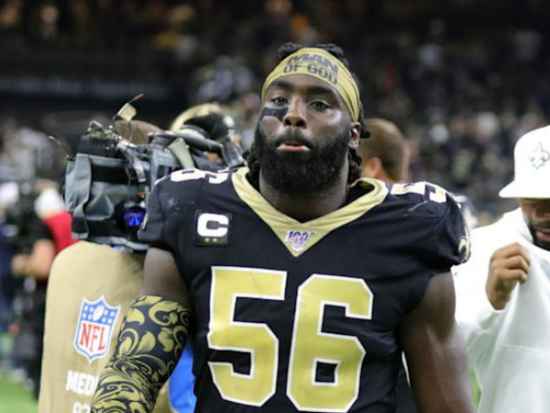 However, his 2020 season was not as explosive as in the past. However, he is coming off his second straight year with the Saints. He has only missed 16 tackles out of 263 attempts. Not too shabby for the NFL.

In the three seasons, he has been in the NFL, Darius is consistent and remarkable. He has moments of great excitement when you watch him play.

Leonard has had the most forced fumbles of any linebacker since he came to the league. 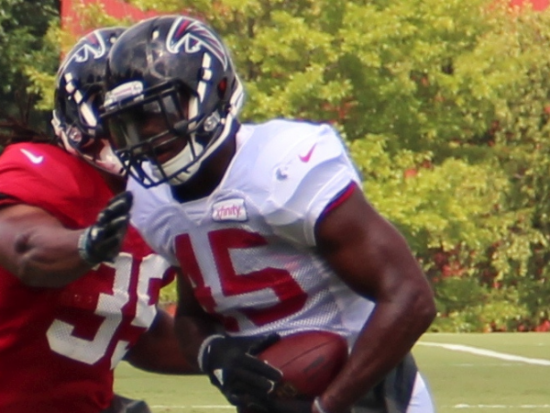 Deion has spectacular and elite coverage skills in his wheelhouse. The last few seasons have shown that he can maintain the level of play that any of the best linebackers in the NFL have. He surrendered four touchdowns in coverage in 2020, which was the worse season of his career.

Deion Jones can bounce back this season and be on top all over again.

Smith has recently come to the NFL from the University of Georgia, and he is going to be a great asset to the Chicago Bears defense. In 2020, fans saw him doing his best, considering the roadblocks all players had last season.

Smith was the eighth overall draft pick in 2018, and last season, he set some career highs with 139 sacks and 14 total pressures.

We look to see great things with Roquan Smith and are excited to see how this season goes for him and the Bears. Roquan is patiently waiting on a Pro Bowl selection. 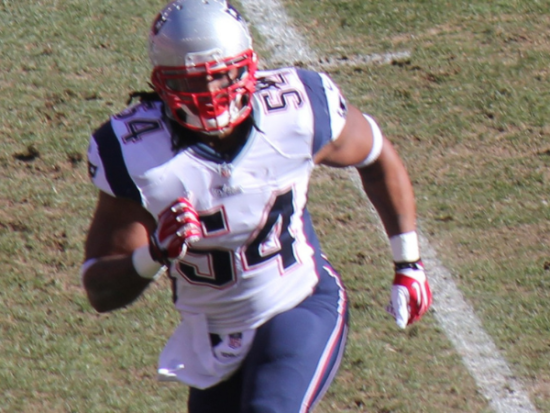 Hightower did not play in the 2020 season. He opted out due to COVID-19 concerns. His being gone from the Patriots was notable.

Even though he did not play last season, he is still a huge difference-maker for them.

Hightower is a huge threat to whatever offense he is playing against. He has 81 total quarterback pressures over his last two full seasons.

Hightower is the best combo of a pass rusher and an off-ball linebacker. The Patriots are lucky to have him.

Blake Martinez is one of a kind. In 2020, he excelled in the game, having 58 stops, two forced fumbles, and allowed no touchdowns in 75 targets.

His first season with the Giants was a career-best for him. The Giants are looking forward to seeing him shine this upcoming season.

Which Team Has the Most Super Bowl Wins?

An honorable mention goes to Devin White, who plays the Tampa Bay Buccaneers. White is by far one of the best linebackers around.

In the last two seasons, he made more tackles for losses than any other NFL linebacker. He is like the flash when he is on the field. Sometimes it looks like he is flying too.

He is so quick to get to the ball carriers during the games too. He has a few things to work on with his game. However, he will just keep improving.

To sum it all up, this 2021 NFL season is just around the corner, and the talent that the best linebackers in NFL bring to the field is spectacular.

These linebackers are ready to showcase their talent in the hope of getting to the Super Bowl.