Just as American steakhouses are recovering from the first wave of COVID shutdowns, the Delta variant threatens to diminish the appetite for a sector seen as a barometer for full U.S. economic recovery.

While many top steak restaurants found new customers by reinventing themselves during the crisis, the comeback of the $5 billion U.S. premium steakhouse sector – known for leather booths, white tablecloths and $60 ribeyes – depends on expense-account-wielding executives resuming fancy business events and affluent tourists flocking to Broadway theaters and other attractions.

But travel and group events are again at risk as Delta infections and deaths mount. Several companies pushed back target dates for employees to return to offices. Some big in-person events, including the New York auto show, were canceled.

High-end steakhouses are especially vulnerable to the spread of the virus because their traditions – such as lengthy, indoor, three-course dinners – may scare off apprehensive customers. At the same time, the price of beef is soaring, with wholesale prices 40% higher on average in July than a year ago, according to the U.S. Bureau of Labor Statistics. 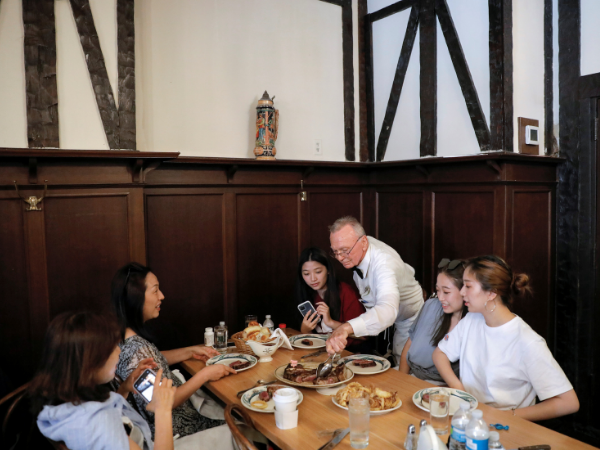 That threatens steakhouses’ profit margins. Several chains say they are better prepared amid the pandemic this year since adding outdoor dining and home delivery, should the latest surge or new government restrictions scare some diners away again.

Some also are expanding their bars – higher-margin liquor sales can help offset pressure from pricier beef. Ruth’s Chris Steak House parent company Ruth’s Hospitality Group Inc said in an Aug. 6 earnings call that it “recently” locked in about 10% of its beef purchases to help fend off higher costs.

Data from reservation provider OpenTable showed the number of seated diners at steakhouses more than doubled by midyear compared with January, as vaccination rates rose and before the Delta variant became a huge area of concern. Delta variant, beef prices threaten to take the sizzle out of US steakhouses

But sales at the “premium” steakhouses peaked in early July before falling slightly in the first week of August, according to consultant Malcolm Knapp, who tracks steakhouse data.

“We won’t get the lift we had expected before the magnitude of the Delta variant came through,” said Knapp.

TOO SOON TO TELL

The iconic steakhouse only added outdoor seating and home delivery because of COVID, he said. When its bar finally reopened after the city allowed full capacity seating in mid-May, “the whole vibe changed,” Hobby said. “It wasn’t just about food. It felt like an event.”

At Fleming’s, owned by Bloomin’ Brands Inc, takeout and delivery orders were rare before the pandemic. But when many of its dining rooms were shut a year ago, carryout soared to 47% of sales. Now, it’s at about 8% as customers return to restaurants, Chief Executive Officer David Deno said in a July 30 interview. 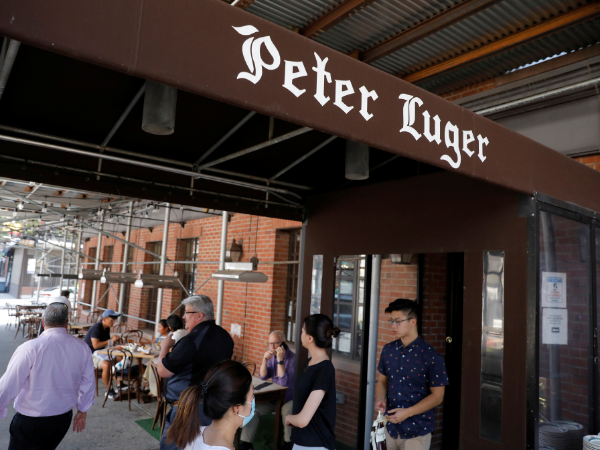 Ruth’s Chris permanently closed some of its restaurants that weren’t compatible with delivery and takeout – a business that went from roughly zero pre-pandemic to as much as 7%. Ruth’s Chris Chief Executive Officer Cheryl Henry said the chain has lured new customers.

“We started to see younger, more affluent guests trying Ruth’s for the first time through our takeout and delivery program,” she said in the earnings call.

Henry said “it’s a little soon to tell” if holiday bookings, which in recent years have kicked into high gear in September, would be impacted by Delta.

Chicago’s Gibsons Bar & Steakhouse restaurants – which are among the nation’s highest-grossing independent restaurants – and other chains like Del Frisco’s Double Eagle Steakhouse started delivering premium steaks and other meats to customers during the first wave of coronavirus – and continue to do so.

The Gibsons boxes, which sell for as much as $268, boosted revenue at a time when health restrictions limited diners to delivery and carry-out.

But the industry now is closely watching trends in private room bookings – where bills easily run $150 to $250 per person, boosted by expensive wine and whiskey.

On a recent afternoon at Fleming’s steakhouse in Edgewater, New Jersey, with airy views of the New York skyline across the Hudson River, Cynthia and Bill Rosen were exploring the dining room as a venue for their son’s planned October wedding. The restaurant charges $55 to $125 per person depending on the menu they select.

Fleming’s saw private dining drop to zero from 17% of sales pre-pandemic, but it has come back to 7% currently, Deno said.

Keith Beitler, chief operating officer at Landry’s Inc , whose high-end steakhouse brands include Del Frisco’s Double Eagle and Morton’s, was cautiously optimistic as the Delta variant loomed. “If things don’t get any worse, we expect this December to be pretty much normal,” Beitler said.