Fans were in awe right off the bat when Kanye West dropped hints of releasing his tenth studio album, Donda. Moreover, Kim Kardashian got together with her divorced husband Kanye as he revealed Donda in front of thousands of fans at Mercedes Benz Stadium in Atlanta.

Kardashian, who was rumored to be back in the dating scene, was pictured with their four young kids at the full-packed 71,000 capacity of the sports arena. On Thursday, Kanye hosted the big party to listen to tracks from “Donda,” but he didn’t sing and perform. Donda was named after his mother, who died in 2007.

Kanye’s appearance surprised the audience as he showed up clad in an all-red ensemble with full face covering. He got there 90 minutes late as he danced, roamed, and walked around the white stadium floor while the album was being played on the speakers without any introduction to the crowd.

Hints and Clues as to the Album’s Release

Kardashian’s Instagram account brimmed with thousands of viewers as she shared a video of the event. Donda is a mix of part gospel, part ballad, part rap album. Also, with a unique collaboration featuring Lil Baby, Travis Scott, Jay-Z, and Roddy Ricch.

This 22-time Grammy winner’s album is rumored to be released on August 6, following the listening event. It was initially set to be release last July 23, but the last-minute changes were the cause for the delay. Amongst fans, Kanye is notorious for not releasing his new music on time.

Before the party in Atlanta, Kanye shared a promotional video on Instagram with one of the singles on the album titled “No Child Left Behind.” This original track was a collaboration with star Sha ‘Carri Richardson.

Although many assumed Donda is all about Kanye dealing with his divorce, the album also features his religious influence, similar to his 2019 album Jesus is King. This 10th album release shows a few references to Kanye West’s forthcoming divorce from Kim Kardashian.

So, When Can We Listen to the Album? 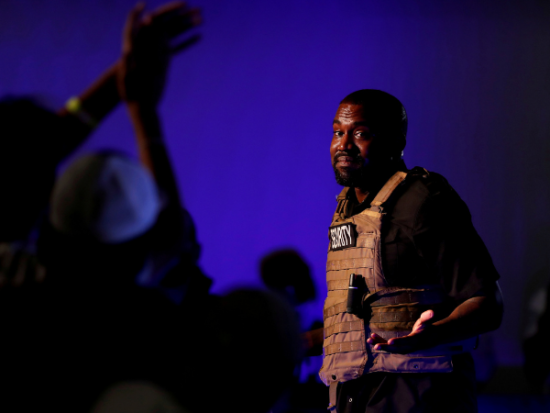 Fans are to feel an emotional Kanye on this album. In one song titled “Welcome to my Life,” Kanye raps: “Tell the assassins I escaped from Calabasas.” Another song presents North, Kanye’s daughter, asking him to stay home. There are parts of the album where Kanye can be singing, “I’m losing my family.”

How Many Kids Does Kim K Actually Have?

Top Country Artists to Listen to

Alongside this album rollout, Kanye seems to back with Nike as the brand was present at the event. Kanye was to first release his Yeezys to Nike before moving it to Adidas. In one of Kanye’s Instagram posts, he posted his whole outfit while wearing Nike socks.

As for the actual release date, many fans are still speculating that it could be any day now.

Apple also expresses an interest in doing business with Kanye. There’s room for a potential partnership as Apple live-streamed Kanye’s listening event in Atlanta. Kanye’s promotional video is a Beats ad whereby Apple is also the maker of Beats.