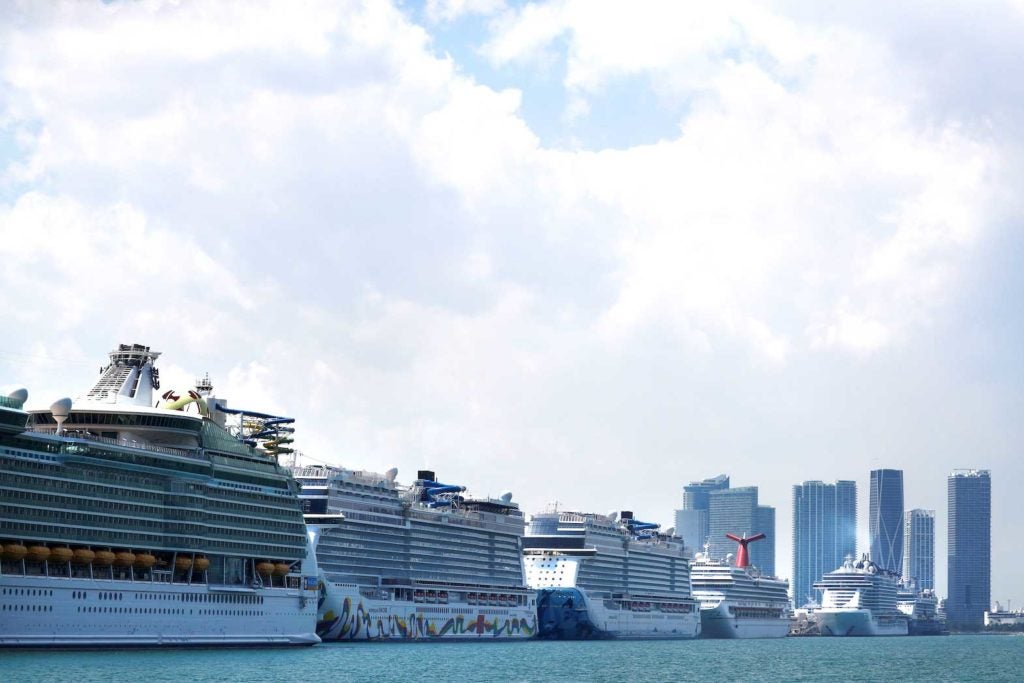 Cruise ships are seen docked at Miami port as the tourism industry is affected by the spread of the coronavirus disease (COVID-19), in Miami, Florida, U.S., March 26, 2020. REUTERS/Carlos Barria

WASHINGTON – A U.S. appeals court late Saturday in a 2-1 ruling put on hold a lower-court decision that said the U.S. Centers for Disease Control and Prevention (CDC) could not enforce its coronavirus cruise ship rules in the state.

The brief order from the 11th Circuit panel came about 10 minutes before Merryday’s ruling was to take effect on Sunday, which would have made the CDC rules a non-binding recommendation rather than mandatory.

The CDC in May began approving some cruise operations after lengthy talks with the industry about health and safety protocols.

Its conditional sail order said cruise lines that ensured at least 95% of passengers and nearly all crew were vaccinated could bypass simulated voyages and move more quickly to resuming commercial trips.

The Justice Department said last week in a filing with the appeals court that “there is no basis to lift the COVID-19 health and safety protocols that were developed by (CDC) in collaboration with the cruise ship industry.”

The offices of Florida Governor Ron DeSantis and state Attorney General Ashley Moody did not immediately comment on Sunday. DeSantis had argued the CDC rules disregarded “the freedom of Floridians to make decisions for their families.

Florida, a major hub for cruise operators, said in April its ports had suffered a decline in operating revenue of almost $300 million since the pandemic started.

On Tuesday, Norwegian Cruise Line Holdings sued the state of Florida saying a state law was preventing it “from safely and soundly resuming passenger cruise operations” from Miami starting August 15. A judge has set an Aug. 6 preliminary injunction hearing.