Billionaire American businessman Jeff Bezos and his three crew mates are engaging in a crash course of training on Sunday in preparation for his company Blue Origin’s inaugural flight to the edge of space planned for Tuesday.

The suborbital launch from a site in the high desert plains of West Texas marks a crucial test for Blue Origin’s New Shepard spacecraft, a 60-foot-tall (18.3 meters) and fully autonomous rocket-and-capsule combo that is central to plans by Bezos to tap a potentially lucrative space tourism market.

The planned 11-minute trip from the company’s Launch Site One facility is set to include the oldest person ever to go to space – 82-year-old trailblazing female aviator Wally Funk – and the youngest – 18-year-old physics student Oliver Daemen. Joining them for Blue Origin’s launch will be Bezos, the founder and current executive chairman  of Amazon.com Inc, and his brother Mark Bezos. 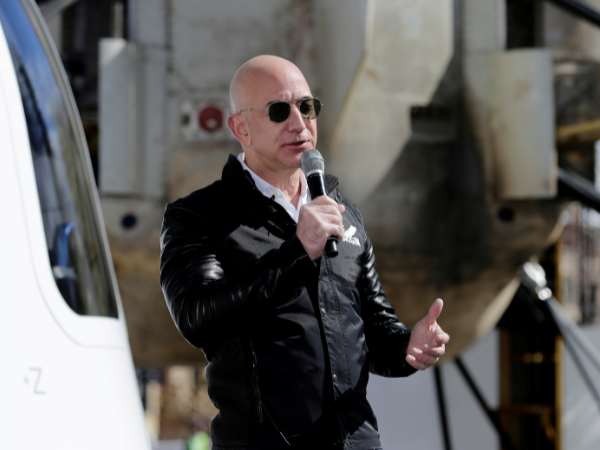 The mission  would represent the world’s first unpiloted flight to space with an all-civilian crew. Blue Origin, which will have none of its staff astronauts  or trained personnel onboard, expressed confidence at a briefing on Sunday.

“We are not currently working any open issues and New Shepard is ready to fly,” Flight Director Steve Lanius said, adding that the weather forecast appeared favorable for the scheduled liftoff at 8 a.m. CDT (1300 GMT) on Tuesday.

New Shepard is due to launch nine days after rival Richard Branson’s space tourism company, Virgin Galactic, successfully carried out a suborbital flight from New Mexico with the British billionaire inside its rocket plane.

Blue Origin’s training program, according to the company, includes safety briefings, a simulation of the spaceflight, a review of the rocket and its operations, and instruction on how to float around the craft’s cabin after the capsule sheds Earth’s gravity. 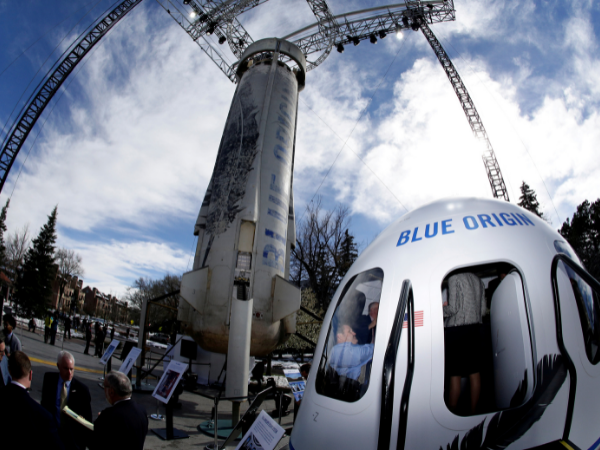 Bezos and his crew mates had started the 14-hour program on Sunday and would be ready to “experience the flight of a lifetime”, Ariane Cornell, director of astronaut sales at Blue Origin, said. Cornell said Funk was keen to do a few somersaults during the flight.

New Shepard, which cannot be piloted from inside the spacecraft, is named for Alan Shepard, who in 1961 became the first American in space during a suborbital flight as part of NASA’s pioneering Mercury program.

Billionaire businessman Elon Musk’s space transportation company, SpaceX, is pledging to go even higher in September, sending an all-civilian crew for a several-day orbital flight aboard its Crew Dragon capsule.

Illustrating tensions in the high-stakes “billionaire space race,” Blue Origin has described Virgin Galactic as falling short of the 62-mile-high-mark (100 km) – called the Kármán line – set by an international aeronautics body as defining the boundary between Earth’s atmosphere and space.

The U.S. space agency NASA and the U.S. Air Force both define an astronaut as anyone who has flown higher than 50 miles (80 km), as Branson achieved with his flight.

Blue Origin’s next flight would likely be at the end of September or early October, said Chief Executive Officer Bob Smith. Smith said the “willingness to pay continues to be quite high” for people interested in future flights.

(Reporting by Eric M. Johnson in Seattle; additional reporting by Nathan Layne in Canonsburg, Pennsylvania; Editing by Will Dunham and Lisa Shumaker)