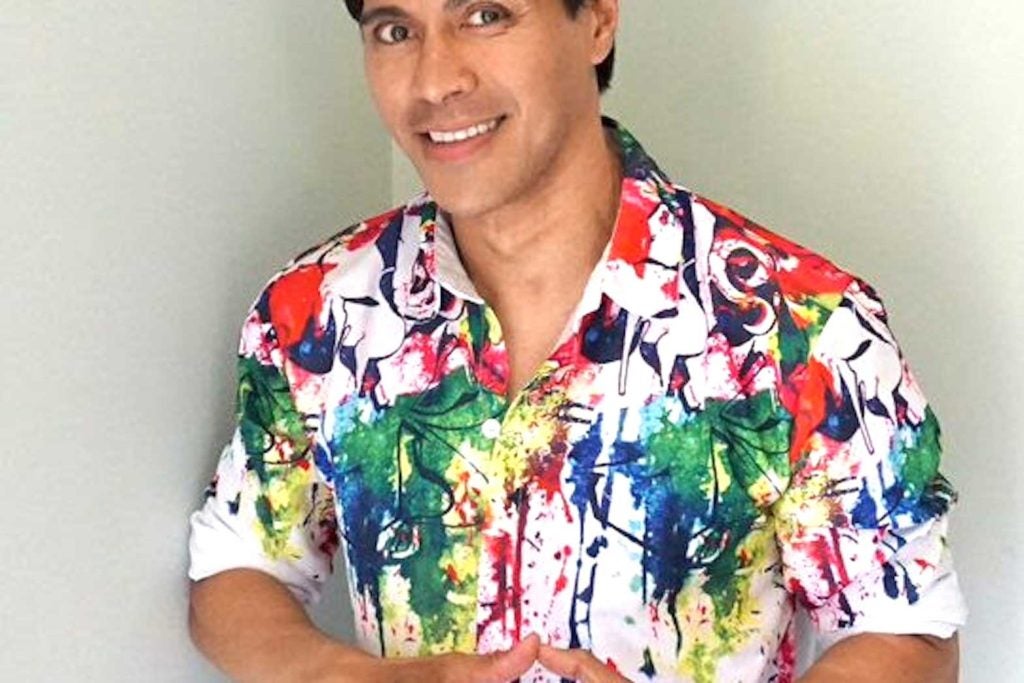 “I am terrified and excited at the same time. Terrified because this is a big responsibility. I have to make sure that I am fairly, properly representing everyone in the LGBTQ community,” says Españo, referring to the lesbian, gay, bisexual, trans and queer community.

PrideArts was founded in 2010 to “change lives by improving the quality of LGBT theater and film for this generation and those to come.” It utilizes stories with gay, lesbian, bisexual, and transgender characters or themes and “creates powerful theatrics and films that speak for the community and are essential viewing for all audiences.”

“I feel fortunate that our voices are being heard and it seems like the world is ready to see more stories about us onstage and our remind them of our contributions to the world,” he adds.

Españo has been acting for different theater groups in the Chicago area since the late 2000s. Before moving to the US, he was a member of theater company Tanghalang Pilipino in Manila (not to be confused with the group Tanghalang Pilipino ng DC based in Washington, DC) and did stints in Singapore, including one of the lead roles in “Chang and Eng, the Musical.”

His previous involvement with PrideArts include acting in “F**king Men” and choreographing “At The Flash.” He has also judged some of its previous film festivals.

He has already presented his ideas to the board. “I presented my proposal of a season line up, its theme and explained how the plays are all somewhat related to the theme for a sense of cohesiveness. I actually enjoyed that part because I felt that I gave them an idea, a roadmap of where I plan to take the company.”

He credits his mentors for exposing him to a wide array of experiences in the profession, thus enabling him to step into this role. “I’ve always enjoyed my time in Tanghalang Pilipno. I learned a lot from how Artistic Director Nonon Padilla ran the company.”

In the same vein of how he learned from colleagues who paved the way before him, he wants to pass on what he’s learned to fresh talent. “I have started interviewing possible interns as I am a big fan of getting the younger generation in helping build this company.”

Planning for the future is something Españo does not take for granted. Just a few months ago, his circumstances were not the most ideal.

In the weeks before 2020 ended, both his husband and his 82-year-old father contracted COVID-19, causing their family to endure hospital stays and being isolated from each other.

And although his father was soon discharged from the hospital, Españo received another surprise on Christmas Day. “That morning, while I was frying some bacon for our big brunch at home, I suddenly couldn’t smell it. It was also so abrupt. I could have sworn I still had my sense of smell when I took the banana muffins out of the oven just a few moments earlier.”

A self-professed health buff who exercises regularly, eats right and even teaches yoga and a spin class, Españo was initially disheartened by his condition. He credits his spouse, Doug, Meyer with helping him spring back into action.

Being open to ideas and support from others are lessons that Españo keeps to heart. Welcoming the involvement of the community is key to what he envisions for the future of PrideArts.

“I can’t do this alone,” he says to the organization’s audiences and patrons in his video message as the new artistic director. “I will need your help because without you and your support there would be no PrideArts.”

Now the work has begun. Españo will be programming shows for the organization’s performing venue PrideArts Center in Buena Park.

Españo will direct the season’s opening production in August, the musical “The Things I Never Could Tell Steven” by Australian playwright Jye Bryant.

The line-up includes the play “4000 Days” by British playwright Peter Quilter, a holiday cabaret “Christmas Karol: An Uptown Holiday Celebration of Diversity,” and the play “When There Are Nine” by American playwright Sally Deering, a new work about Ruth Bader Ginsburg’s last day on Earth.

Españo says, “My goal is to continue PrideArts’ tradition of telling a diversity of queer community stories that not only entertain, but also encourage the audience to reflect on their own views, beliefs and biases.”

MOST READ
usa MagSafe: Effortless and wireless charging for iPhones
usa Elon Musk Twitter Bid Restructured and Nearly Complete
usa University of Hawaii names nursing school after PH-born nurse
usa Highway marker honoring Filipino sailors who settled in Virginia to be unveiled
usa Monkeypox: Should the world be concerned?
usa The latest on the tragic Texas school shooting that left 19 children, 2 adults dead
usa A Time to Rise, Again!
DID YOU KNOW?
The Best Kindle of 2022: Which one should you buy?
A Beginner’s Guide to Buying a Vacuum Cleaner in 2022
Island Hopping in Tulum: The 12 Best All-Inclusive Tulum Resorts
How to Dispute a Debt and Win | Simple Tactics
The 12 Best Lat Exercises for Muscle Growth
Countdown to summer: tips for learning how to surf