Bill Cosby was freed from prison and returned home on Wednesday, less than two hours after Pennsylvania’s highest court overturned his sexual assault conviction, saying he never should have faced charges after striking a non-prosecution deal with a previous district attorney more than 15 years ago.

The Pennsylvania Supreme Court issued its split decision after Cosby had served more than two years of a three- to 10-year sentence following his 2018 conviction, prompting outrage from sexual assault victims and their advocates.

The 83-year-old actor and comedian was released from a state prison in Pennsylvania just before 2:30 p.m. (1830 GMT), a corrections department spokesperson said.

Around an hour later, he arrived at his stately stone mansion in Elkins Park, a Philadelphia suburb, before making a brief appearance alongside his lawyers in front of a gaggle of cameras late in the afternoon. 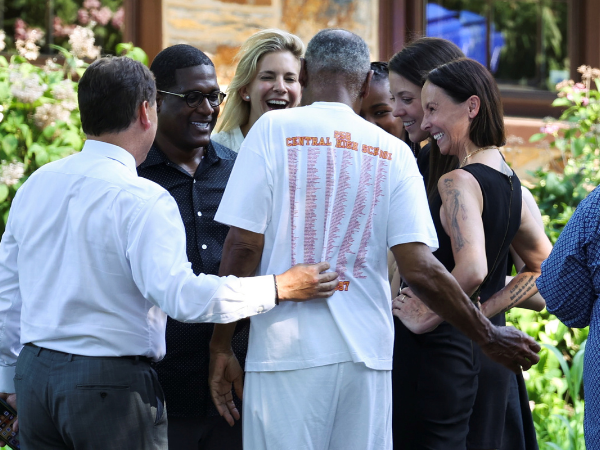 A frail looking Cosby smiled and nodded when asked if he was happy to be home but did not speak as reporters shouted questions. Later, Cosby posted a statement to his Twitter account, thanking his supporters and saying, “I have never changed my stance nor my story. I have always maintained my innocence.”

Cosby is best known for his role as the lovable husband and father in the 1980s television comedy series “The Cosby Show,” earning him the nickname “America’s Dad.”

But his family-friendly reputation was shattered after more than 50 women accused him of multiple sexual assaults over nearly five decades. His conviction was seen as a watershed moment in the #MeToo movement that brought forth an array of allegations against powerful men in Hollywood and beyond.

Cosby was found guilty of drugging and molesting Andrea Constand, an employee at his alma mater Temple University, in his home in 2004. Constand’s allegations were the only ones against Cosby that were not too old to allow for criminal charges. Bill Cosby talks to the media outside his house after Pennsylvania’s highest court overturned his sexual assault conviction and ordered him released from prison immediately, in Elkins Park, Pennsylvania, U.S. June 30, 2021. REUTERS/Rachel Wisniewski

In a statement, Constand and her attorneys said they were not only disappointed in the ruling but concerned it could dissuade other victims from seeking justice.

“Once again, we remain grateful to those women who came forward to tell their stories,” they said.

Montgomery County District Attorney Kevin Steele, who charged Cosby in 2015, noted a jury found Cosby guilty and that Wednesday’s decision was not based on the facts of the case.

“My hope is that this decision will not dampen the reporting of sexual assaults by victims,” he said in a statement. “We still believe that no one is above the law – including those who are rich, famous and powerful.”

Reaction was swift, with many women involved in the #MeToo movement expressing horror at the decision. 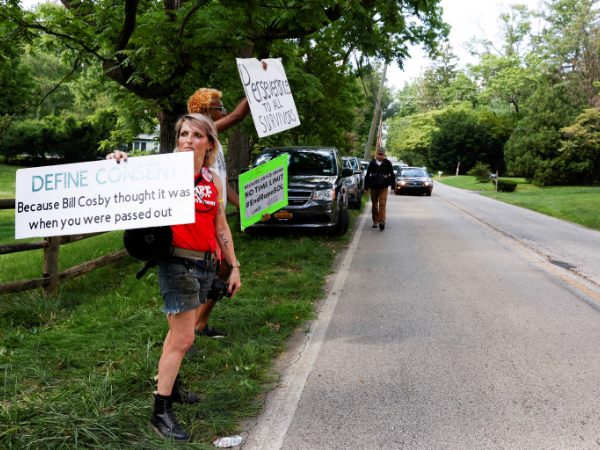 “THIS is why women do not come forward,” writer E. Jean Carroll, who has accused former President Donald Trump of raping her in the 1990s, wrote on Twitter. Trump has denied her claim.

But Phylicia Rashad, Cosby’s co-star on “The Cosby Show,” celebrated the ruling for correcting “a miscarriage of justice.”

The court’s majority found that a state prosecutor, Bruce Castor, made a deal with Cosby’s attorneys in 2005 not to bring criminal charges after concluding he could not win a conviction.

As a result, Cosby was unable to avoid testifying as part of a civil lawsuit that Constand brought against him, since defendants can only refuse to testify when faced with criminal prosecution.

In a sworn deposition, Cosby acknowledged giving women sedatives to facilitate sexual encounters, though he maintained they were consensual. He eventually paid Constand a multimillion-dollar settlement. 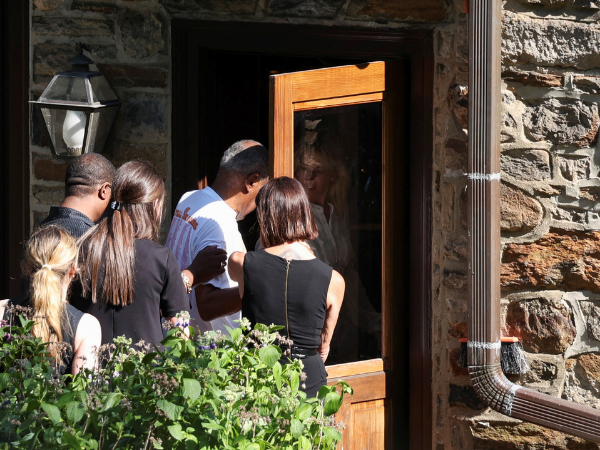 His admission, which a judge later unsealed in 2015, helped form the basis for criminal charges later that year. Steele, who had just defeated Castor in the election for district attorney in part by criticizing him for failing to prosecute Cosby, charged Cosby days before the statute of limitations was set to expire.

“There is only one remedy that can completely restore Cosby to the status quo ante,” Justice David Wecht wrote for a four-judge majority. “He must be discharged, and any future prosecution on these particular charges must be barred.”

One dissenting justice said Cosby should stay in prison, while two others said prosecutors should be allowed to retry him without relying on the tainted evidence.

Castor made national headlines in February as a member of former President Donald Trump’s legal defense team during Trump’s impeachment trial in the U.S. Senate. The former prosecutor delivered a rambling opening statement that was widely panned by senators, including Republicans.

In an interview, Castor said his deal with Cosby was the only way to ensure he would pay some sort of penalty via a civil lawsuit.

Cosby’s first trial ended with a hung jury in 2017, when jurors could not reach a unanimous decision on his culpability. But he was found guilty at a second trial, after the judge, Steven O’Neill, allowed prosecutors to call five prior accusers – four more than in the first trial.

Armed with those witnesses, prosecutors argued that Cosby’s assault of Constand was a well-rehearsed offense he had honed over decades: he befriended younger women, acting as a mentor, only to sexually assault them, often with the help of drugs.