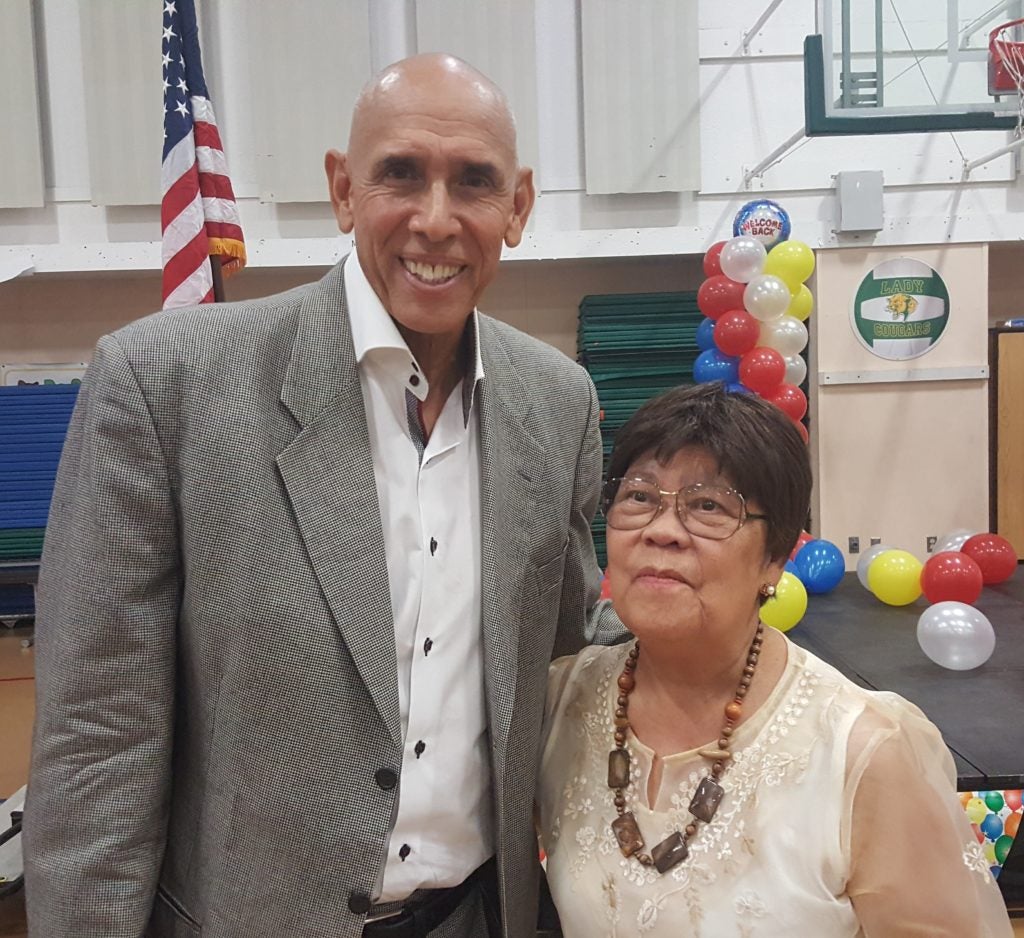 Keynote speaker Raymond Townsend (left), the first ever Filipino American to play in the National Basketball Association, was excited to see Union City Vice Mayor Pat Gacoscos, who Townsend says reminds him of his own mother, Virginia Marella. INQUIRER/Jun Nucum

In attendance was the first Fil-Am player in the National Basketball Association (NBA) and other leading members of the Filipino community and the academe.

There were colorful dances and lively music interspersed with speeches that recalled history and gave tributes to accomplishments of Fil-Ams since the early years of America.

Keynote speaker Raymond Townsend, a Fil-Am former NBA standout who played three seasons for current NBA champion Golden State Warriors and the Indiana Pacers, spoke of his pride in being a Filipino.

Townsend paid tribute to his mom Virginia Marella of Balayan, Batangas and how she raised all of her five kids in her humble ways. 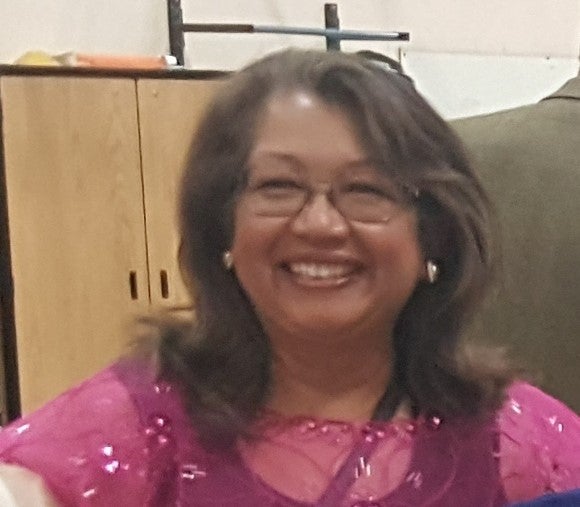 New Haven Unified School District Board President Linda Canlas says it is about time that Filipinos are given due recognition on their contributions in society. INQUIRER/Jun Nucum

“My mom was so influential I am carrying on her legacy although she passed on 14 years ago by serving not only our own kababayan, but also other people in need particularly the young ones. In promoting a sport as the first Filipino to play in the NBA for 37 years I am also reaching out to the Filipino community in the NBA,” Townsend disclosed. “I am looking to become the NBA ambassador to the Philippines so I will not just go back there but also give back to the young people in the islands.”

“I am at an age when I want to travel more. I want to go back to the Philippines more often. Besides, the Philippines wants me to train Kiefer Ravena, Bobby Ray Parks, and Kobe Paras who just transferred to Cal State Northridge to possibly become the first Filipino-born NBA players,” Townsend revealed. 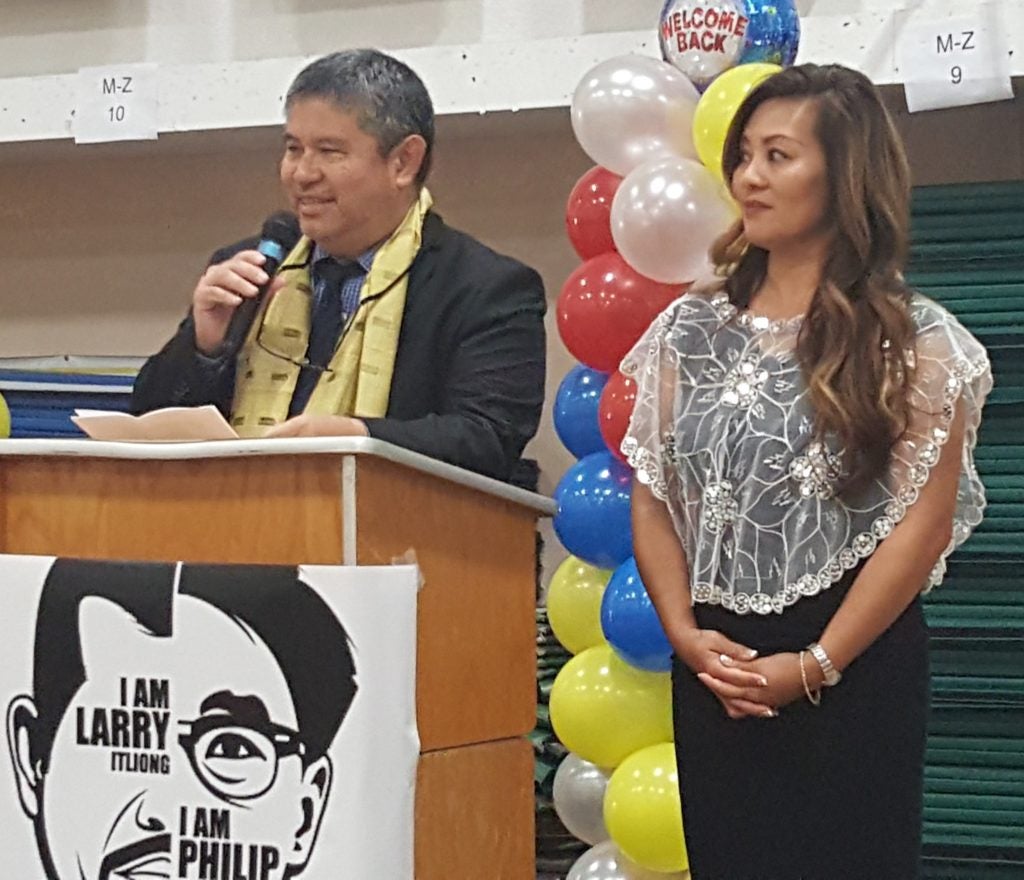 Little Manila Dance Collective of Stockton did not let the vandalism in the Filipino community center affect their morale, dedication and their performance like true troupers in going to the celebrations. INQUIRER/Jun Nucum

Providing entertainment were groups of cultural dancers that included the Little Manila Dance Collective of Stockton, Johnny Veloso Dance Troupe and Ollin Anahuac, a group of Mexican dancers who participated to express their indigenous people’s solidarity with Filipino Americans.

In their solidarity dance, Maristela Reynoso of the Mexican dance group disclosed that they want to impart the importance of building harmony with other people of color 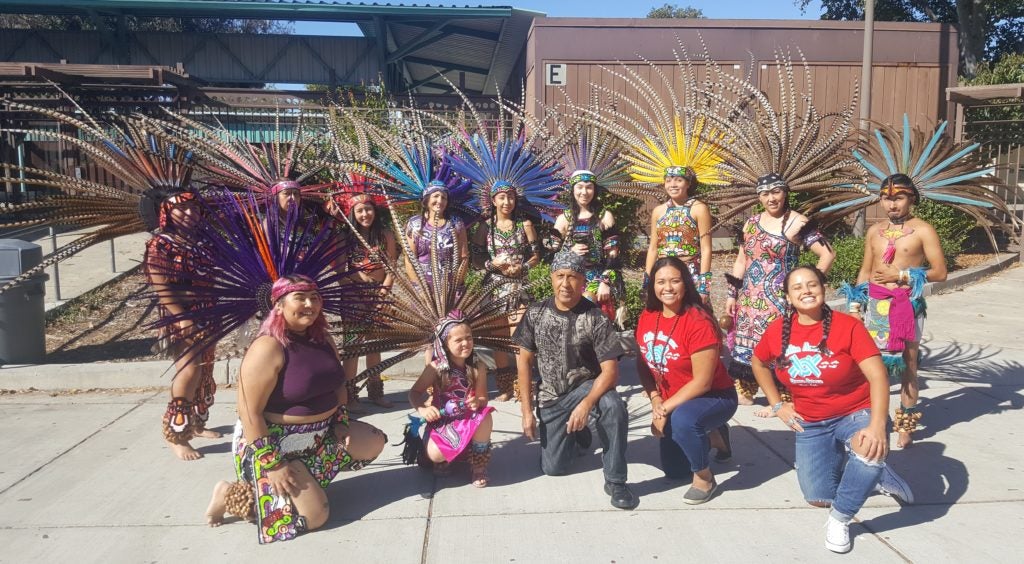 Little Manila Dance Collective director Brian Batugo confirmed that their dancers reporting for practice were the first to discover the vandalism committed at the Filipino  community center in the Stockton.

“About ten dancers and three parents who were on site were confused, sad and upset that the center facade was in that condition that they quickly notified others on the vandalism. After the incident, we continued to spread the word and seeing the discussion and support from the community helped validate our work with Little Manila,” Batugo recounted.

Deputy Consul Ascalon honored the accomplishments of unsung Fil-Ams in farm work and 1965 Delano Grape Strike together with those that toiled the fields in Hawaii; the World War II veterans who never got the recognition they deserve; of an Alaskero who broke his back in the canneries of Alaska; residents of International Hotel who stood their ground; and a barber making a living in Little Manila in Stockton.

“Every year, the stories of our community remind us of our important individual and collective role in the unfolding history,” said Ascalon.

New Haven Unified School District Board President Linda Canlas thinks it is about time that Filipinos are given due recognition on their contributions in society. 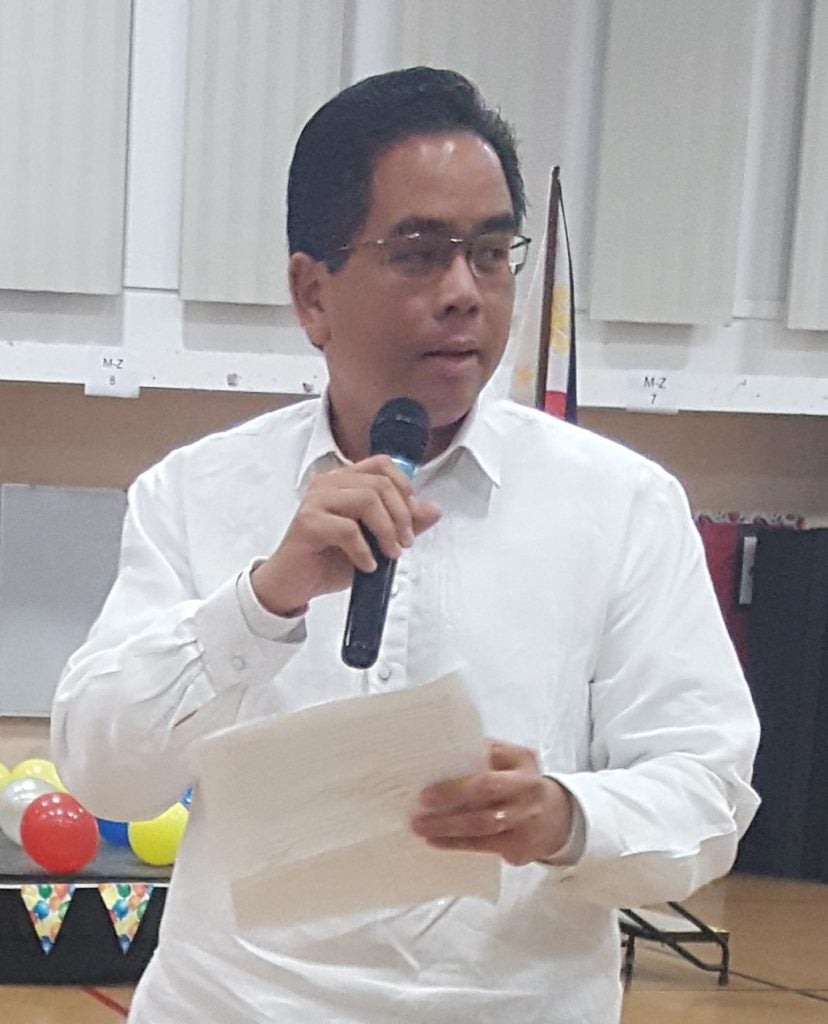 Deputy Consul General to San Francisco Jaime Ascalon stressed the importance of reminding the Fil-Am community of its past. INQUIRER/Jun Nucum

“Filipino Americans continue to be an integral part of our society and history, yet they have not been included in our textbooks. I think today’s event is a good attempt to educate people about Filipino American’s role in our past, today’s and future’s history. It is our goal that our young ones continue the legacy,” Canlas declared.

Sobredo, for his part, dwelt on the significance of celebrating the Fil-Am history month at the only school in the United States that is named after Filipino Americans. Larry Itliong and Philip Vera Cruz were the leaders of the Filipino labor organization that started the 1965 Grape Strike.

“The FANHS is excited to be able to partner with Tracie Noriega and PASE to form a bridge and working collaboration between us. As an Ethnic Studies professor, I am also very happy to work with outstanding educators with the New Haven Unified School District: led by Misses Linda Canlas and Noriega of Union City which had an ethnic studies course and curriculum in Logan High School earlier than any school district in California,” said Sobredo.