The New York Times best selling books are always talked about in many book groups and communities. Though the list is popular, it’s a bit controversial to say that it isn’t an accurate representation of a true best-seller list. That’s not to say the books in the list aren’t bestsellers, just that their criteria is not just based on sales or popularity.

It has been a decades-long battle between Time, authors, and publishers, but ultimately, only a few select titles make it to the list — and stay there for any significant amount of time. Outside of this controversy in the literary world, no one can deny that being included in the New York Times Best Selling books gives authors and publishers more exposure and significantly increases readership. Read on for the latest on NYT’s bestsellers.

The best selling books of the year 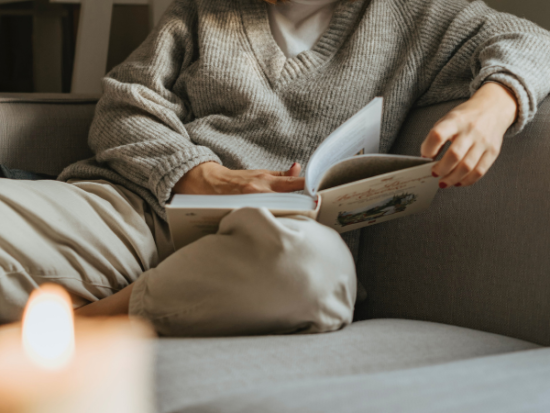 Whether you’re a big reader or an average one, you might agree that your time reading will be enjoyable if the book is good. No matter the genre you prefer, there is always something up there that might be right up your alley. The good news for book lovers and casual readers is that some of the best books this 2021 are pretty diverse.

There’s something for fiction fans, fantasy lovers, horror and crime enthusiasts, contemporary critics, non-fiction supporters, and just about every genre out there. Though not all of them have been included in the NYT or USA Today’s best-selling books, they still deserve the credit they are due. A good place to find some of the most recently published books is Goodreads, the leading book community website.

The recently published list of the New York Times for the best-selling books isn’t a long one. This is typical as these titles change almost weekly. If a book continues to fit the criteria of the NYT, it will stay on the list for several weeks. Some books have stayed on the list for years since their first publication. However, most of the best sellers for this year are newly published or only came out last year. Check them out below. 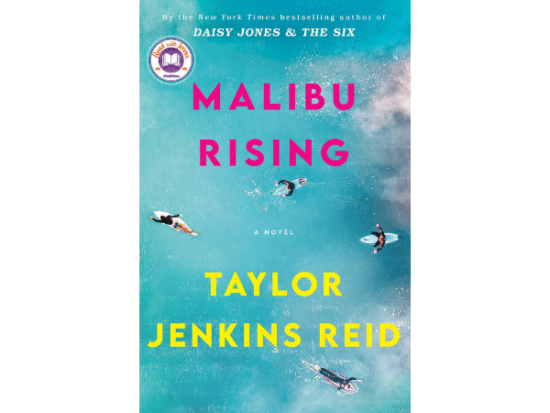 August of 1983 and four famous siblings throw an epic party to celebrate the end of summer. Everybody is looking forward to attending the Rivas’ event of the year. By midnight, the drinks are flowing, and the crowd has gone out of control. By morning, their house is in flames, and secrets have been spilled about one of America’s most famous families.

Over the course of 24 hours, their lives will change irrevocably. The author of The Seven Husbands of Evelyn Hugo, TJR brings another best seller to the table with this latest novel.

The Last Thing He Told Me by Laura Dave

Perfect for thriller and mystery stories, Laura Dave’s newest novel centers around the disappearance of Owen Michaels. Before he vanishes, he leaves her wife a note with two words: Protect her. Hannah knows the only person her husband would refer to is his motherless daughter, Hannah’s estranged stepdaughter, Bailey.

As they uncover the truth about Owen’s disappearance, they will find out that the husband and father they love isn’t all who they thought he was. 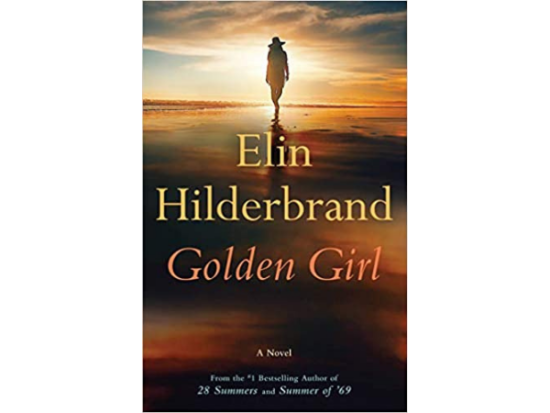 Beloved author and mother Vivian Howe are killed in a hit-and-run car accident while out for a run on a perfect June day. She goes to Beyond and is given a chance to watch what happens to the people she left behind for one last summer.

With three chances to change the outcome of events on Earth, Vivi must choose between her children and her ambition for a good legacy. A truly unique beach read, Hilderbrand’s latest is a page-turner with a heartfelt message about life after this one.

The President’s Daughter by Bill Clinton and James Patterson

Former POTUS and Navy SEAL Michael Keating have a target on his and his entire family’s back. He will do everything to protect his family, but when the threat is directly targeted towards his daughter, none of his presidential prowess will help him.

However, Michael’s training and skills in the SEAL may be his and his family’s saving grace, and he will need to rely on it, no matter the cost. The unlikely tandem of former U.S. President Bill Clinton and best-selling author James Patterson comes up with a thrilling new novel about a man and how far he is willing to go to protect those he loves. 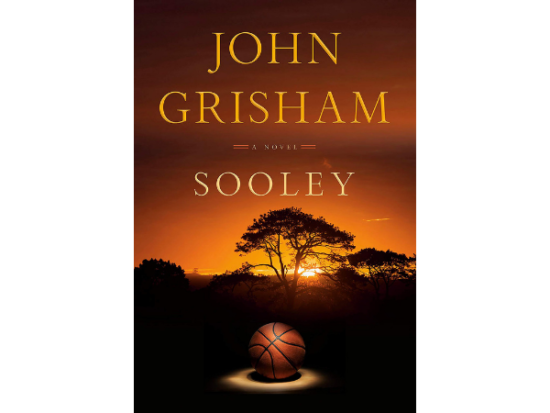 Samuel “Sooley” Sooleymon dreams of making it big in the world of basketball. A trip to the United States with his South Sudanese teammates for a tournament could mean the big break the 17-year-old is dreaming of. Unfortunately, while away on his trip, a civil war breaks out in his home country, and his village has been razed.

With his father dead, his sister missing, his mother, and two younger brothers in a refugee camp, Sooley wants to go home until he is offered a scholarship in North Carolina Central. Now his goal is to make it big so he can bring his family to America. A coming-of-age story that is poignant and relevant, beloved author John Grisham delivers another masterpiece.

What Happened To You? by Bruce D. Perry and Oprah Winfrey

For non-fiction fans, Perry and Winfrey’s latest book will change your perspective in life. Have you ever wondered why you did this thing or why you couldn’t control your reaction to something? Self-blame is easy and often inevitable. But perhaps it’s time to ask deeper questions of what happened to you instead of wondering what’s wrong with you.

With multi-awarded personality Oprah Winfrey and renowned brain and trauma expert Dr. Bruce Perry, they delve into personal conversations that you may need to hear sooner rather than later.

People We Meet On Vacation by Emily Henry 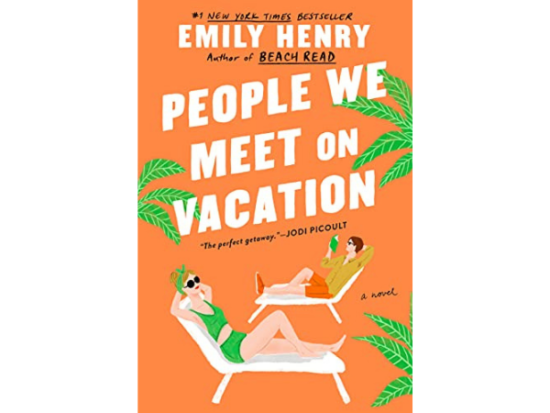 Alex and Poppy. Poppy and Alex. With their personalities on the opposite side of an imaginary spectrum, they never expected to be best friends during their college years. Every summer since, they have spent one glorious week of vacation. As friends, spiritual, nothing more.

Until two years ago. They haven’t spoken since. Both miserable without the other, Poppy asks Alex to go on one last week of vacation to set things straight or be out of each other’s lives forever. One week with the two of them together. Nothing could go wrong — or something could go impossibly right.

How does a book become a best seller for the NYT? 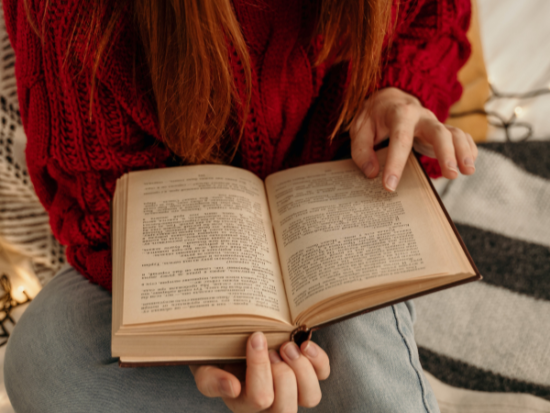 There are several criteria for being included in the New York Times best-selling list. You might have noticed that virtually all the popular books out there are labeled as an NYT bestseller, but it’s much more complex than just having people buy your books.

To achieve best-seller status in the New York Times, a minimum of 5,000 to 10,000 copies must be sold. The catch is, these sales have to be diverse. To put it plainly, you need to sell well on many platforms, not just one.

For example, thousands of sales from singular platforms like Barnes and Noble, Amazon, or your website cannot count for most of your sales. Instead, only a certain percentage will be counted, and the rest has to come from other bookstores or e-commerce stores.

Sales also have to come from different geographical locations, meaning across the country and the world. This contributes to the controversy (and quite accurate) that the New York Times best-selling list isn’t an accurate measure of a book’s publication success.

Must-Read Romance Books of the Year 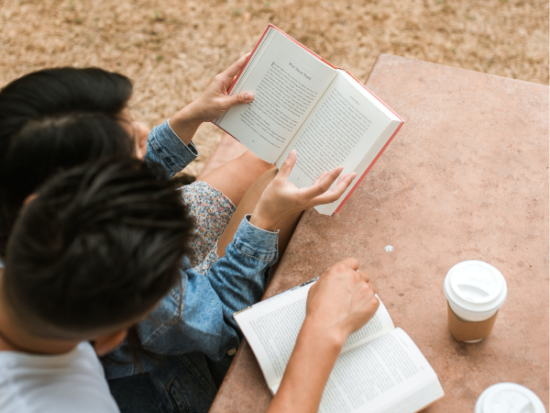 In the age of digital entrepreneurship, self-publishers are rightly getting their credit. Many have risen to fame and gained steady readership through online book communities and with the help of social platforms that promote self-publication. However, the reality is that self-published authors have much difficulty gaining half of what traditional publishing houses can give their authors. Agents, editorial teams, and marketing plans are not cheap to come by, and many independent authors suffer from this.

However, if you are a self-published author or planning to become one, do not be discouraged. The internet is a powerful tool where many dreams have been realized and came true. With extra dedication, the help of self-publishing programs, some good connections, and plenty of help from book communities making the New York Times best-selling list is entirely possible. As mentioned before, certain criteria need to be met, but throw your stick in and hope and work for the best results.

If you’re in a reading slump, the books listed here are good choices to cure your book hangover. While the New York Times bestseller list may be questionable to some regarding the sales and popularity of authors and their work, the books they feature are usually beloved by many readers. Moreover, list or not, good books are ones you enjoy the most. So though these books may not be your cup of tea, it might be a good idea to expand your tastes and see if you’ll like Grisham, Winfrey, or Henry.