The Best books everyone should read in 2021 | Ranked and Reviewed

Best books everyone should read

There are so many great books everyone should read at least once in their lives. Reading is leisure and a hobby for some, but some find the activity tedious. The methods of reading have also evolved. Whereas before, books everyone should read were your typical paper-bound-in leather, now there are electronic books, comic magazines, audiobooks, and many other formats that have made reading highly accessible.

Whether you are a huge reader or not, there is always a book out there that can suit your reading taste. If you’re a beginner reader, you don’t need to delve into the World Atlas. Instead, starting with novels or short stories that seem interesting is a good start. Not sure what to read first or next? Read on for more book recommendations on stories you should read. 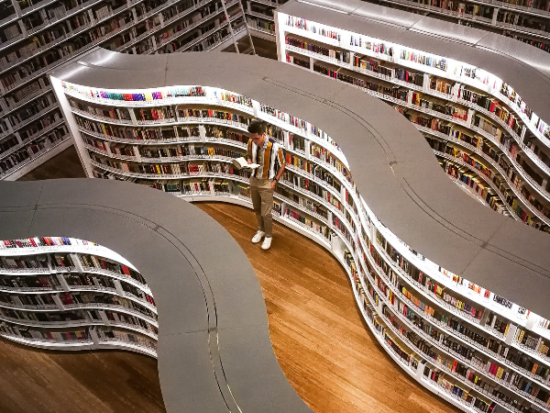 From a love story like Romeo and Juliet to an antiwar hero like Billy Pilgrim (Slaughterhouse-Five) to an angsty teenage boy like Holden Caulfield (Catcher in the Rye) to young wizards like Harry Potter, the great “classics” are called as such because of their influence and impact on readers. They might be called mainstream, but that’s because they have earned their way into many people’s lists for favorite books of all time.

Although, literary critics would consider the true classics to be coming from the supposed greatest authors of all time. This list includes Homer (Iliad, The Odyssey), F. Scott Fitzgerald (The Great Gatsby), Jane Austen (Pride and Prejudice), Charlotte Brontë (Jane Eyre), and many others. So should you only read classics? Not really; they’re great and can still be timely despite being published decades ago. But it’s always good to have variety, even in books.

The best books that everyone should read 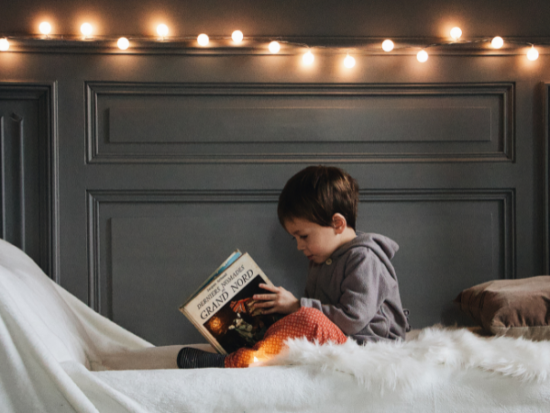 Depending on your mood or preferred genre, there’s something literature has to offer. Feel like reading about the life of survivors during World War II? How about romance set in a dystopian future when love is outlawed? Maybe you prefer something a little modern, like star-crossed lovers on a subway. Whatever genre you prefer, check out some of the novels that are worth reading down below. 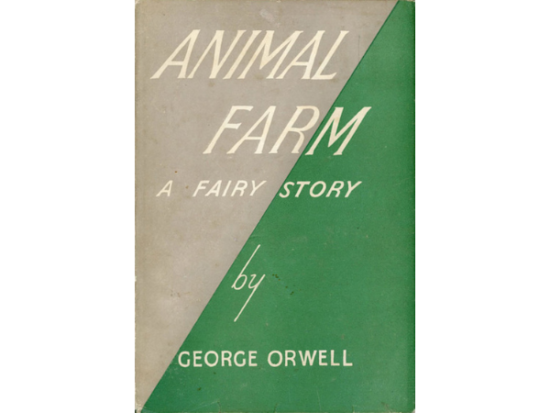 Popularly considered as a children’s book, Animal Farm is a novel for all ages. It is a story about mistreated animals on a farm who stage a takeover. However, the animals soon set out to create a paradise of their own that’s made up of progress, justice, and equality.

Written as a satire, this book is perfect for your young girl, boy, or child as a fable. For adults, it is a story with many underlying meanings and symbolism for today’s society. C.S. Lewis’s timeless tale has become something of a legend in many literary circles. When four children fall through the back of an old wardrobe into another world, they did not expect the adventure that awaits them. With talking animals and a wicked White Witch, they will need each other to save this fantastical world. Poignant, timeless, and perfect for people of all ages, countless stories have been inspired by the world of Narnia.

Welcome to Middle Earth! An expansive fantasy world filled with heroes, villains, wise wizards, and the quest of a lifetime. Tolkien’s world has inspired thousands of fantasy worlds. The elements in this story — hope, friendships. Sacrifices — are all cores of this epic world. Join Frodo Baggins as he journeys across Middle Earth to destroy the Ring that the Dark Lord could use for his evil purpose. 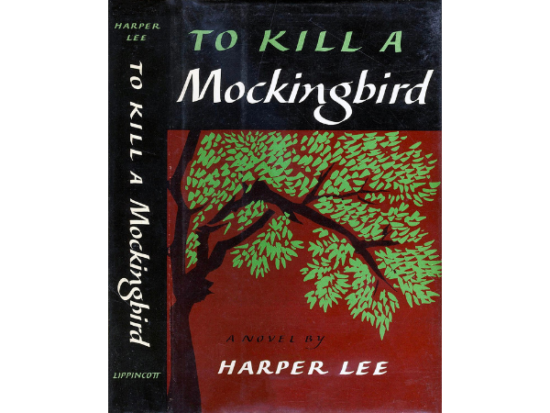 A Pulitzer Prize winner in 1961, Lee’s novel is way ahead of its time. It is a timeless classic that explores humanity at its best and its worst. Themes of prejudice, hatred, bigotry and ill hypocrisy seem to plague America since time immemorial; the story is intriguing as it is moving. The story revolves around Scout Finch and her childhood in a sleepy Southern town until a social injustice rocks the entire neighborhood.

He is among the 1,001 children born during this time who possesses magical powers. In discovering his powers, Saleem also discovers himself and the true power of independence. Set in the rich backdrop of India, this tale is one for a magical ride.

The Kite Runner by Khaled Hosseini (2003) 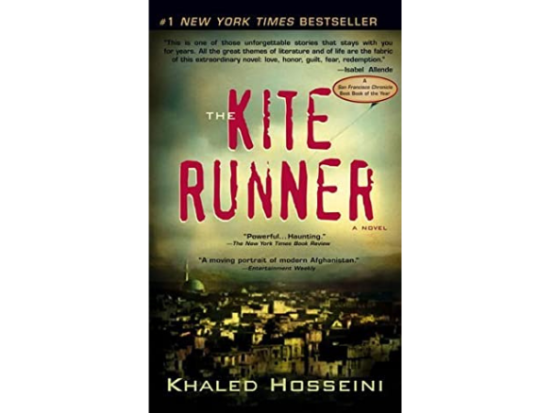 Considered as one of the most deeply moving novels in recent years, this is a sweeping story of family, friendship, and the lengths one would go for love. Amir is trying hard to find the only friend he has ever had, despite the ethnic and religious differences that forced them apart. The story then follows the heartbreaking story of a wealthy boy and the son of his father’s servant. Set in Kabul, Afghanistan, the novel speaks of layered human emotions at their rawest moments.

Topping the New York Times’ Bestseller List for years now, Riordan’s epic fantasy inspired by Greek and Roman mythology has gathered a cult-like following among readers of all ages. For example, Percy Jackson doesn’t know he’s a demigod — half-human, half-god, resulting from the gods having relations with mortals.

After a terrifying encounter with his English teacher, he has whisked away to a safe place for others like him: Camp Half-Blood. Tasked with a quest to return a lost and ancient weapon to avoid civil war in Olympus, Percy is in for the summer of his life.

The Seven Husbands of Evelyn Hugo by Taylor Jenkins Reid (2017) 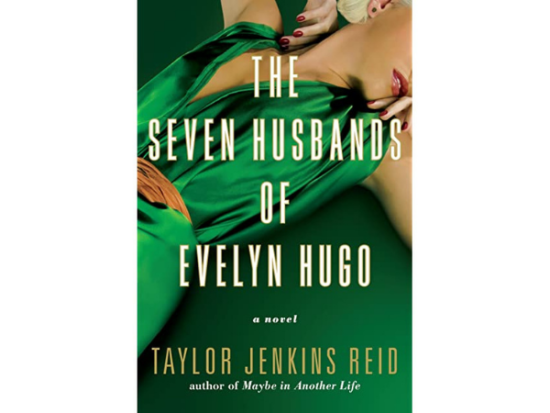 Evelyn Hugo is an aging and reclusive Hollywood movie icon. No one knows the full story of her scandalous and exciting life — until now. She is ready for the tell-all of a lifetime, but she wants unknown magazine reporter Monique Grant to have the exclusive. A moving tale told via Evelyn’s memories intertwined with the present. The novel has been deemed a poignant tale of love, loss, and the great complexity of human life.

Nobel Prize in Literature winner Kazuo Ishiguro writes another highly-acclaimed novel. Set in a familiar but futuristic world, the story is about Klara, an Artificial Friend. She takes care of a store and observes everyone who comes in, someday hoping that a customer will choose her. Often described as a writer who can create stories with intense emotional impact, this story will sweep away readers using one timeless question: What does it mean to love truly?

What are book reviews?

Book reviews are generally the reader’s comments and criticisms of a book. Reviews are often posted in blogs or social book cataloging websites like Goodreads.

According to the reviewer, they sometimes include a rating like stars or a metric of 1 to 10 that indicates how good a book is. But, of course, writing isn’t the only way to do a review. Nowadays, plenty of bloggers record their reviews and post them on YouTube or their blogs.

With book reviews, curious readers can know more about a certain book they are planning to read. A review can either be positive, negative, or somewhere in between, as they are all completely subjective to the reader. Reviews have also helped the book community form tight-knit groups where readers can share a mutual love for the books everyone should read.

How do you consider if a book is good? 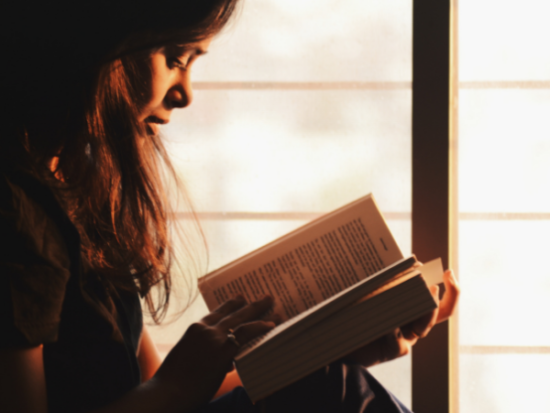 There is no right or wrong answer to this. A book is good if you enjoy it. Some avid readers would tell you that a book is only as good as its plot, but others would disagree. Some like the characters well enough but not the plot. And yet, they consider a book good or great even because of well-developed and layered characters.

When reading, you should first and foremost remember to enjoy it before overanalyzing the story. The best books that everyone should read make them feel a certain way they like. Some people like to feel good after reading, some like the frustration that comes with cliffhangers, and others even purposely read to feel sad or purge out their emotions.

Books everyone should read are a wonderful way to destress and escape reality for a little while. For many people, reading is not just a hobby but part of their coping mechanism when it comes to dealing with life. It is also a wonderful way to continue pursuing knowledge and broadening your perspective, even though fictional characters’ eyes.

Certain books stay with you long after you have read them. While the best books that everyone should read are a subjective list, those listed here have decidedly impacted many lives and influenced many other stories. So, if you are looking for your next great read, try something from this list.