Marching bands sparked loud cheers and quieter reflections about racial justice from crowds gathered on Saturday to mark Juneteenth as a new U.S. federal holiday commemorating the end of the legal enslavement of Black Americans.

President Joe Biden and Vice President Kamala Harris on Thursday signed a bill making Juneteenth the eleventh federally recognized holiday, just over a year after the murder of George Floyd in Minneapolis ignited nationwide protests for racial justice and for ending police brutality.

Juneteenth, or June 19th, marks the day in 1865 when a Union general informed a group of enslaved people in Texas that they had been made free two years earlier by President Abraham Lincoln’s Emancipation Proclamation during the Civil War.

“This particular Juneteenth is special because last year we were in the George Floyd protests, and this year we received some resolution,” said Andrea Johnson of Atlanta, watching a parade under rainy skies near the historic Ebenezer Baptist Church in Atlanta. 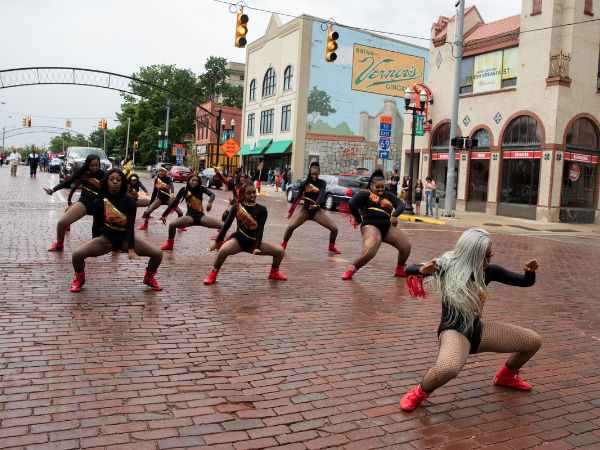 Members from “For The Love of Dance Studio” perform a routine during a parade to celebrate Juneteenth, which commemorates the end of slavery in Texas, two years after the 1863 Emancipation Proclamation freed slaves elsewhere in the United States, in Flint, Michigan, U.S., June 19, 2021. REUTERS/Emily Elconin

Outside the church where Martin Luther King, Jr. preached and led protests for voting rights, equal access to public services, and social and economic justice, boisterous crowds cheered marching bands and their dancers, who competed with dramatic dips and twirls and were followed by Jeeps adorned with “Black Lives Matter” signs.

Many onlookers were joyful but some said declaring a national holiday might be a hollow victory for Blacks, many of whom still suffer racial injustice in the United States that can be remedied only through more substantial efforts by the federal government.

“There are mixed feelings for me,” said Jermaine Washington, a marching band director who lives in Stone Mountain, Georgia, just 20 miles northeast of Atlanta. 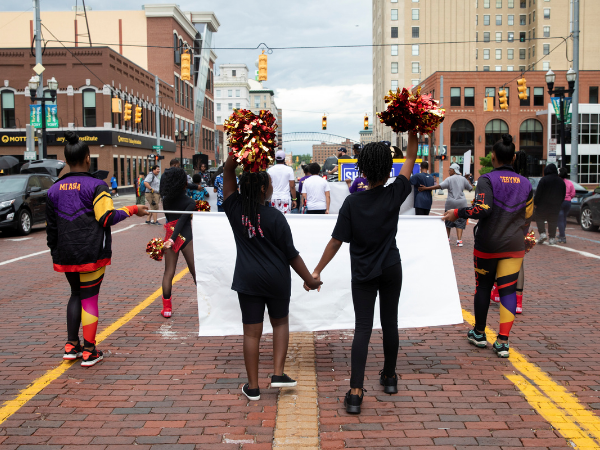 “Oftentimes we see these types of events as a win when it’s just pacification for the Black community instead of making sure there’s an equal education or equitable housing,” Washington said as he herded his young musicians at the Atlanta procession.

Stone Mountain, a tiny village that is holding its first ever Juneteenth celebration this year, stands in the shadow of a nine-story high bas-relief of Confederate figures carved into a sprawling rock face, the largest monument to the pro-slavery legacy of the U.S. South.

Around the United States, concerts, rallies, art displays and lots of food were among events planned for Juneteenth.

Atlanta and its metro area have been celebrating Juneteenth for years. Richard Rose, the president of the Atlanta chapter of the NAACP, said this year’s designation of Juneteenth as a federal holiday resonates in the city often called the “cradle of the civil rights movement.”

“While we celebrate, what we have to remember is that we must fight for our rights – in the ballot box, in the schools. And we have to stand up, city-to-city, across this nation,” Rose said. 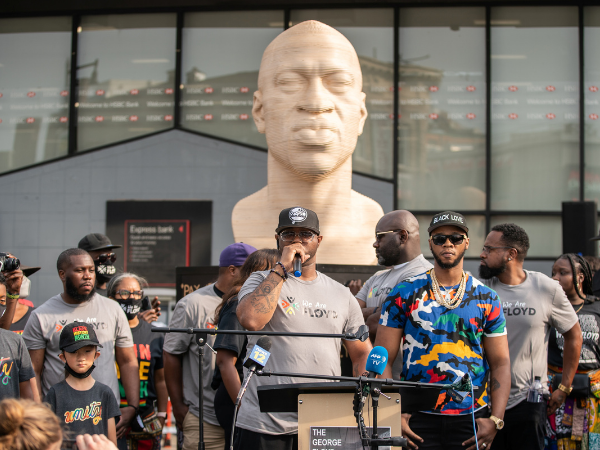 Terrence Floyd, brother of the late George Floyd who was killed by a police officer, speaks during the unveiling event of Floyd’s statue, as part of Juneteenth celebrations, in Brooklyn, New York, U.S., June 19, 2021. REUTERS/Jeenah Moon

Across the country, many events will take place in-person, unlike last year, as the United States emerges from the coronavirus pandemic and more Americans get vaccinated.

Chicago’s “March For Us” has a mile-long route in the city’s business district known as the Loop.

“We celebrate Independence Day, so we would be remiss if we don’t celebrate the day that people who were worth three-fifths of the person finally became free and started this journey towards equality,” said “March for Us” organizer Ashley Munson.

Munson said that while strides have been made, recent incidents of police brutality toward Black people and legislation in several U.S. states that curtails voting rights show that much work still needs to be done. 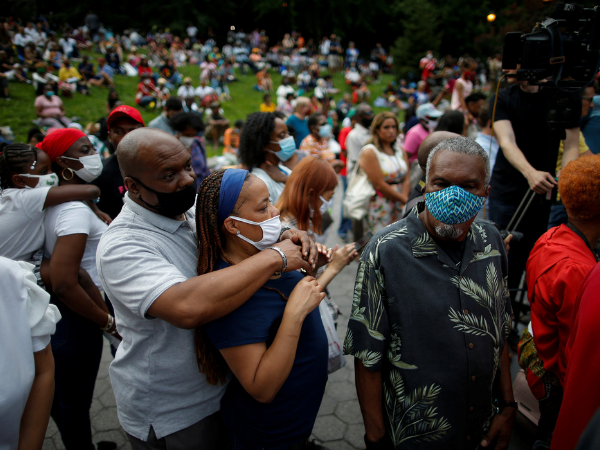 Among events planned in New York City is “Juneteenth in Queens,” a week-long festival of virtual panel discussions set to conclude on Saturday with food trucks of jerk chicken and waffles, BBQ and more, as well as in-person live performances.

The initiative is spearheaded by Assemblymember Alicia Hyndman, who sponsored legislation last year that made Juneteenth a state holiday.

One of the events taking place in Colorado is a flyover to honor the legacy of aviation pioneer Bessie Coleman, who in 1921 became the first African-American woman to earn a pilot’s license.

“That’s what Juneteenth means to me – independence and freedom for African Americans because of what our ancestors struggled through,” Smith said.