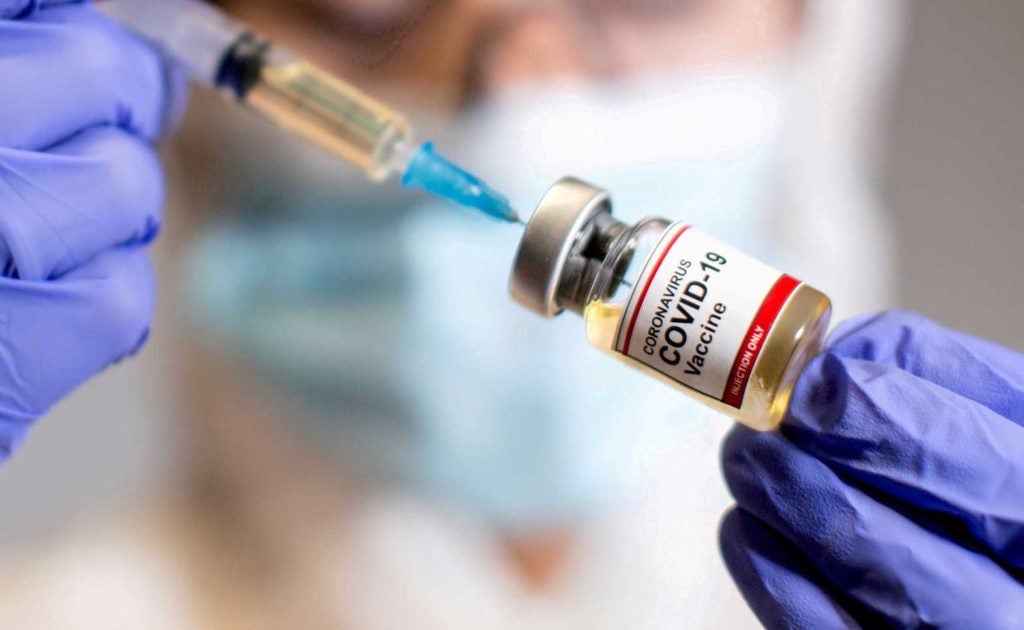 A woman holds a small bottle labelled with a “Coronavirus COVID-19 Vaccine” sticker and a medical syringe in this illustration taken October 30, 2020. REUTERS/Dado Ruvic/File Photo

The European Union and the United States are set to agree at a summit on Tuesday to reduce export restrictions on COVID-19 vaccines and drugs, a draft joint text says, arguing that voluntary sharing of technology is the key to boosting output.

The document, seen by Reuters and still subject to changes, makes no mention of mandatory waivers on vaccine patents, which U.S. President Joe Biden has endorsed as a temporary solution to the global shortage of COVID-19 shots.

The EU has repeatedly opposed the idea, which is backed by dozens of poorer nations.

Brussels submitted a less radical counter-proposal to the World Trade Organization last week that highlights existing WTO rules allowing countries to grant licences to manufacturers without the consent of the patent-holder..

At a EU-U.S. summit in Brussels on Tuesday, the two parties are set to agree to establish a joint taskforce to boost vaccine and drugs production capacity that will aim at “maintaining open and secure supply chains, avoiding any unnecessary export restrictions”.

The EU has urged Washington not to hamper the export of vaccines and materials needed for their production. Biden is using the decades-old U.S. Defense Production Act (DPA) to put the U.S. government first in line to buy American-made vaccines and treatments, and control the supplies they require.

The draft also says the taskforce will try to expand global production of vaccines and drugs by “encouraging voluntary sharing of knowhow and technology on mutually-determined terms” – a far remove from forcing pharmaceutical companies to give away their patents to competitors.

CureVac, a German biotech firm that is developing a vaccine, has already been helped to access materials from the United States as a result of two-way political dialogue.

Last week, the White House said it would withdraw DPA restrictions imposed on a number of vaccine makers that have received U.S. funding but do not yet have U.S. approvals, including AstraZeneca, Sanofi SA/GlaxoSmithKline Plc,, and Novavax Inc.

The joint taskforce is intended to strengthen and formalise the work done so far, an EU official said.

The draft conclusions of the EU-U.S. summit also reaffirm support for the World Health Organization’s (WHO) COVAX programme, intended to ensure fair distribution of vaccines around the world.

Brussels and Washington pledge in the draft to “encourage more donors to make 2 billion vaccine doses available worldwide by late 2021”.

The United States has so far pledged to donate 80 million of its excess doses to poorer nations, and the EU at least 100 million by the end of the year.

But the task of fully inoculating the world is expected to be a long one. The text says that the U.S. and the EU “aspire to vaccinate at least two-thirds of the world’s population by the end of 2022”. In other words, as many as 2.5 billion people in the world may not get a shot before 20