Local is global, global is local

Local is global, global is local 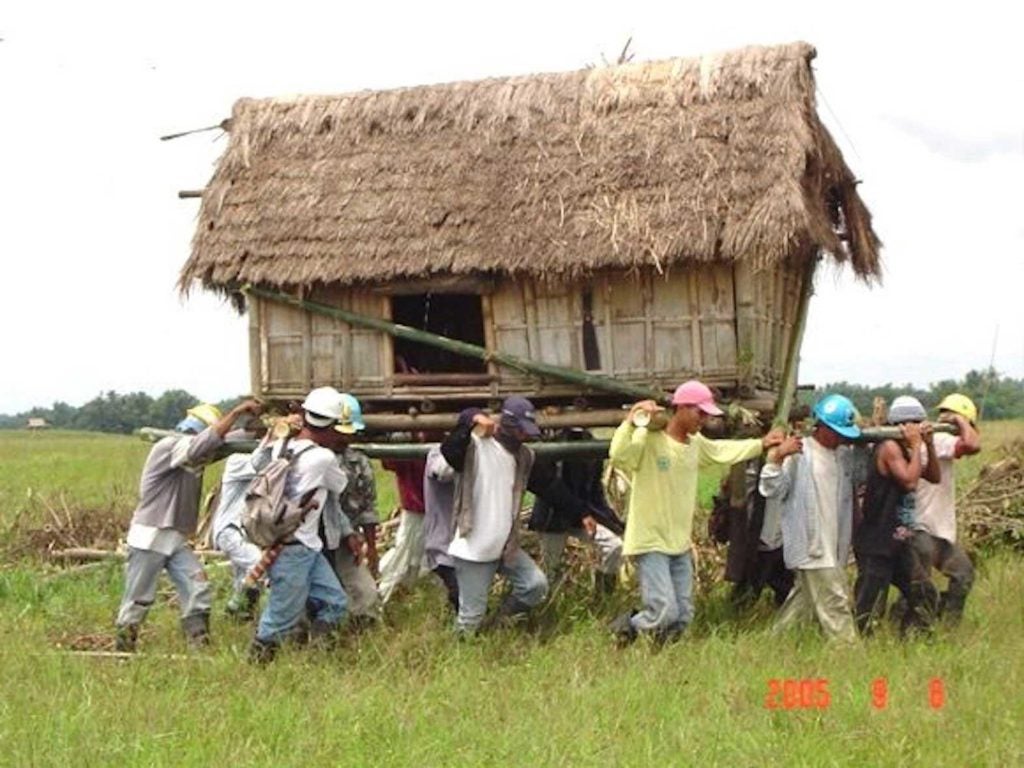 NEW YORK—It takes a village to take care of a village.

This is the operative principle behind bayanihan, the age-old Filipino tradition of communal support rooted in the idea of cooperation for the betterment or stability of a village. Working together with fellow villagers and anyone within the sphere of a village’s influence redounds to everyone’s benefit.

Etymologically, the word is derived from bayan, meaning town or country. And bayani, the word for “hero,” is someone who labors selflessly on behalf of a community, be it local or national.

Before kingdoms arose, before nation states, it was imperative for villages, clans, agrarian communities, etc., to work cooperatively if its members and the social structures they had were to not only survive but flourish. This emphasis on the communal is found in many pre-industrial societies, and not just in the Philippines, but the classic example that was always referenced whenever the notion of bayanihan was explained, either in a textbook or to us as kids, was that of barrio folks lending a hand, literally, to transport the house of a neighbor to a different location, e.g., to be nearer his or her rice fields, especially when it was nearly time for the harvest.

This is not as burdensome as it sounds. The traditional bahay kubo (nipa house) was built of lightweight materials, such as bamboo and thatch, and set on stilts. The house could then be lifted onto the shoulders of villagers and moved to the new location.

The fabled rice terraces in the northern reaches of Luzon offer a grander, more impressive example of bayanihan. Carved from the Cordillera mountains by the Ifugao, their existence and maintenance for at least five centuries required and continue to require cooperation.

Bayanihan made sense then. It makes even more sense now, in this age of the pandemic. The spirit of bayanihan is most evident in times of crisis, of emergency, when the village in whatever iteration that it takes comes together to respond to a disaster such as the pandemic. The very recent emergence of food pantries throughout the archipelago is a stellar manifestation. The Duterte administration, as I mentioned in an earlier column, rather than welcoming and aiding these communal self-help pantries, not only belittled them but also portrayed these as  part of a Communist conspiracy—confusing communalism with the Marxist ideology.

This willful and colossal ignorance indicates as well a lack of damayan, etymologically related to bayanihan, and akin to the English “empathy.”

Bayanihan happens to be the central theme of the Philippine Pavilion exhibition at the 17th Venice Architecture Biennale, that just opened this week. “Structures of Mutual Support” is curated by Framework Collaborative in partnership with Gawad Kalinga Enchanted Farm, a farming community in Bulacan Province, not far from Manila. According to the Philippine Arts in Venice Biennale website, “The exhibition explores how the Filipino concept of mutual support, ‘bayanihan,’ can shape architecture anew by transforming the process from merely building to fulfilling a community’s dream by involving its people from planning, designing, and constructing a structure that holds their shared needs, desires, and values.”

“For this project, volunteer residents from the GK Enchanted Farm attended  a series of workshops in Angat, Bulacan led by Framework Collaborative’s architects Sudarshan V. Khadka, Jr. and Alexander Eriksson Furunes to derive a common language to build something they all want: a LIBRARY within the village.”

The Collaborative’s partner, Gawad Kalinga (GK), or “Care Givers,” was begun by Couples for Christ in 1999 as a poverty-alleviation program that built low-cost housing in marginalized communities. In 2009, GK metamorphosed into a secular non-governmental organization, with a variety of projects, among them Enchanted Farm, whose website defines its goal: “We value stewardship as it fosters sustainability in our work. We know that we are stewards of the mission to uplift Filipino families out of poverty and that we are stewards of the land. We also believe that our mission to end poverty is attainable as long as we continue to create shared prosperity.

“As a venture builder moving to support more and more social enterprises, we hold fast to our value of integrity above profit. We work towards all our endeavors being transformational in the spirit of creating communities and relationships that last –instead of only creating transactions. We advocate for businesses doing good as we all work towards creating a Bayanihan Economy – an economy where no one is left behind.”

The resurfacing of this spirit echoes the urgency behind the growing climate-change activism, and the insistent call for wealthier nations to share their stockpile of vaccines with their less fortunate neighbors in this village we call Earth. The sooner we start to think of nations as distinctive yet interdependent neighborhoods making up a global metropolis, or globalopolis, the sooner the boundaries of “we” expand to the Whitmanesque notion of containing multitudes, a notion expressed in tayo, the Filipino, all-inclusive “we” that provides necessary space for structures of mutual support.  Copyright L.H. Francia 2021