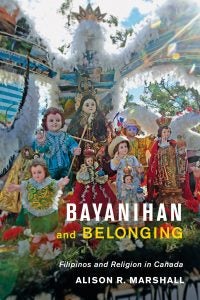 A new book, “the first of its kind,” explores the experience of Filipinos in Canada, paying special attention to the importance of religion and belief as well as immigration, the University of Toronto Press announced.

As a result of Brandon University professor Dr. Alison Marshall’s “Bayanihan and Belonging” (University of Toronto Press, 2018) she has been in demand as a speaker on the topic.

A well-attended and well-received talk on April 5 at Simon Fraser University will followed by a Manitoba book launch for May 8 at McNally Robinson in Winnipeg.

“Filipinos make up one of the largest immigrant groups in Canada, and the majority continue to retain their Roman Catholic faith long after migrating,” Dr. Marshall says. “Drawing on archival and ethnographic research in Canada and the Philippines from 1880 to 2017, my book aims to understand the role of religion within present-day Filipino Canadian communities.”

Marshall’s new book details how many Filipino people who migrated to Canada continue to define themselves religiously. 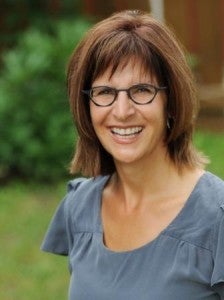 “Religious belief is often manifested through public and private devotion and practices and through affiliations to certain churches, deities, saints, groups, and festivals,” Marshall says.

“I also pay particular attention to what we call the religious underside — the beliefs and practices that are often hidden. These might be a special coin conferring blessings and protection (an ‘anting-anting’) that is buried deep in a pocket.”

At other times, she explains, these hidden religious rituals also include private devotional or healing practices, including songs, prayers to religious and non-religious figures such as Santo Niño and Dr. José Rizal, pilgrimages, and actual embraces of a saint’s image for intercession.

“In Canada, Santo Niño devotion remains strong, both at church and beyond it,” Marshall says. “Along with Catholicism, this has provided Filipinos with a nationalist spiritual identity that has enabled them to live apart from kin.”

“Bayanihan and Belonging” puts a focus on Winnipeg, which is home to Canada’s oldest and largest Filipino Canadian community, and showcases current church-based and domestic religious routines of migrant Filipinos.

From St. Edward the Confessor Church, the principal site of worship for Filipino Catholics in Manitoba, to home chapels, and healing traditions, Marshall explores the day-to-day celebrations of bayanihan, or communal spirit.

Drawing on experiences from Manitoba’s Filipino population, the book reveals that religious practice fulfills not only a need for spiritual guidance but also for community.

The book quotes Mike Pagtakhan, a Winnipeg City Councillor and nephew of Dr. Rey Pagtakhan, a former MP who was the first elected Canadian Filipino and who is also featured in the book.

Mike explains that so many Filipinos came to Winnipeg because they felt like they belonged, or because of bayanihan.

“Winnipeg was the place to be, despite the fact that it’s cold. I think that there were lots of jobs for people, at the same time housing was affordable, and the whole notion of the community being close got spread back home,” he said.

“I talk about a former BU professor and librarian who are both Filipino, as well as the Filipino experience in Neepawa and the rest of Manitoba,” Marshall said. “Communities such as Steinbach, Notre Dame de Lourdes, Morden, Carmen, Dauphin, Clear Lake, Carberry and Selkirk are all mentioned in my book.”

BU Dean of Arts Dr. Demetres P. Tryphonopoulos said, “As Dr. Marshall has previously done with her research into the early Chinese-Canadian community, her current work is an important investigation into the Filipino Canadian experience that brings a particular focus on Manitoba, on Westman and on Brandon.”

He said further: “It is thanks to Dr. Marshall’s dedication, insight and sensitivity that these local immigration experiences are being placed alongside others on the national stage, where they are given the attention and profile they deserve.”

Early reactions to the book are glowing and sales have been very strong. It is available online at UTorontoPress.com.