Roblox Corp on Monday trounced quarterly bookings estimates in its first earnings report since a blockbuster debut as the U.S. gaming company benefited from a surge in spending by kids stuck at home due to the pandemic.

Shares were last up 5% in choppy extended trading, set to add to the 42% gains following the debut in March.

The company, famous for its games “Jailbreak” and “Meep City”, reported a 161% jump in bookings to $652.3 million in the first quarter. Analysts had expected bookings – primarily the value of virtual currency that users purchased on the platform – of $504.6 million, according to Refinitiv IBES data.

Roblox generates most of its booking from in-game purchases of “Robux” by kids, who then buy profiles, outfits and upgrades with the credits.

Gaming companies emerged as pandemic winners as people turned to mobiles and consoles for entertainment as lockdowns shut down outdoor avenues and reduced social interactions. 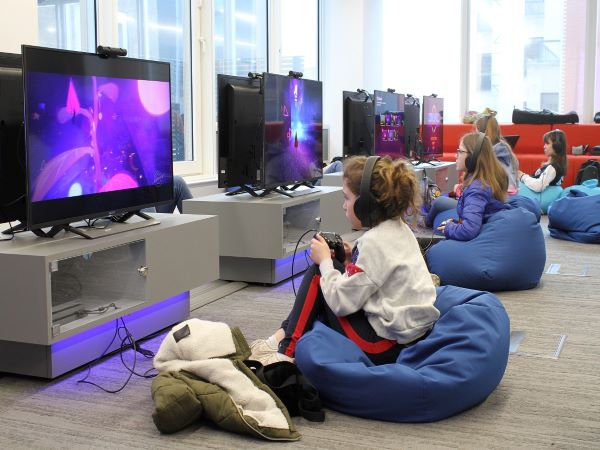 Roblox, among the world’s most popular gaming sites for children, said gamers spent 9.7 billion hours on the platform in the quarter, with engagement more than doubling in markets outside of the United States and Canada.

Users over the age of 13 accounted for just under half of all hours engaged in the period, as the company looks to make inroads with older users.

Roblox generated close to 39 million downloads worldwide from App Store and Google Play during the first quarter, a 13% year-over-year rise, according to data from analytics firm Sensor Tower.

Still, Roblox warned it expects year-over-year growth rates in key metrics to decline as COVID-19 restrictions begin to lift around the world.

(Reporting by Tiyashi Datta and Sanjana Shivdas in Bengaluru; Editing by Sriraj Kalluvila)