APA Heritage Month: We belong and we’re here to stay

APA Heritage Month: We belong and we’re here to stay 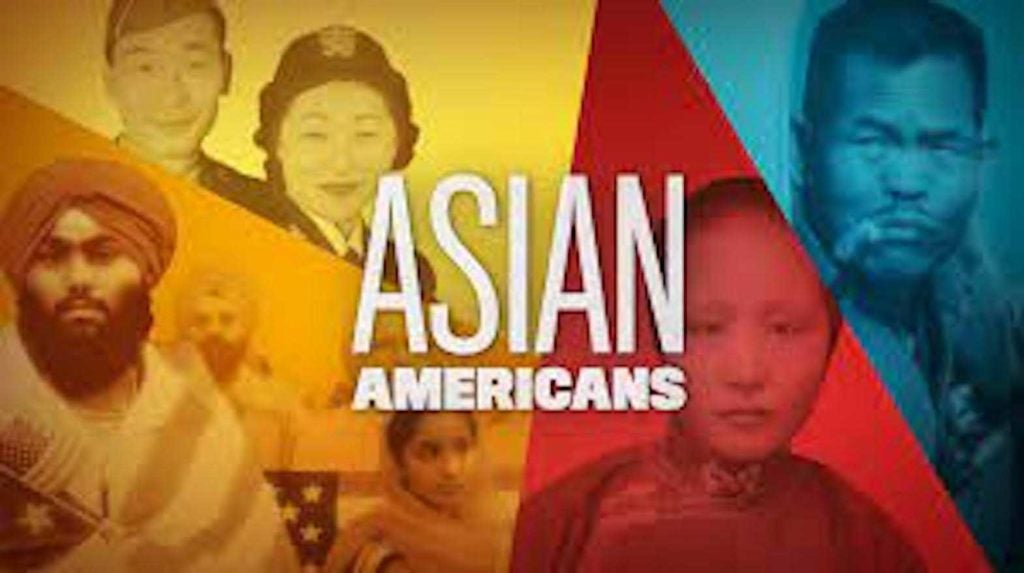 It’s Asian Pacific American Heritage Month and that means all you American Filipinos,  wherever you are.

And here’s our special gift. As  we all know, Asian American Filipinos have been hampered at times by the “Model Minority” stereotype. But not this year!

Sen. Tim Scott (R-South Carolina) has made a gift to all Asian Americans. We aren’t the model minority anymore. He is.

In the official GOP response to President Joe Biden’s Joint Speech to Congress, Scott offered up his childhood growing up with a single mother in a one-room apartment, and then looked America in the eye and said, unequivocally, “America is not a racist country.”

He was taking away our crown of “model minority” and placing it on his own head. And tying it on with his own bootstraps. Got to hand it to Scott. To say America is not a racist country is possibly a bigger lie than “Trump won last November.”

A Biden margin of victory of nearly 7 million voters debunks that lie. It would take just one chapter  of Asian American history—just the Filipino part– to refute Scott.

In an historical context, taking away our “model minority” burden is quite significant.

As we find ourselves in May–Asian Pacific American Heritage Month– see how many times you encounter the “M.M.” phrase in conjunction with an “explanation” of  Asian Americans. It was in the nutgraf of the recent New Yorker article on Chinese exclusion. It was even in the opening graphs of the Pew Research report as it then went on to prove how diverse Asian Americans really are.

Dropping the stereotype is important as America, after the Atlanta mass murders , finally begins to understand that we are beyond stereotypes. Altogether, Asian Americans are  23 million strong and diverse, from more than 20 countries. And we’re growing, destined to overtake the Hispanic population as the No.1 ethnic minority by 2060, according to the Pew analysis of Census data.

It’s especially important as the government looks to engage with all of its people in a new inclusive way. It is the New America many of us in the ethnic media have been talking about for the last 20 years.

And that’s what Scott and the GOP are trying to negate. In response to  the very positive uplifting message of President Biden’s national address to a new America, Scott lost.

We’re getting a lot of history in the first hundred days of Joe Biden. Not the negative history of the previous president, where no one could believe his actions that made us constantly wonder, WTF? (And I don’t mean “What the Filipino?”) No president before Trump had ever been so self-serving and reckless with the keys to our democracy.

So what we’re getting now is the good history—of an evolving democracy. Under Biden, we finally see the image of two women presiding over a sparsely attended joint session of Congress in the Covid era.

That attendance in the House chambers was kept to a minimum was a clear sign, the consequence of Trumpian incompetence on the pandemic. The purposefully slow response to correctly identify, count, then address the situation is all on Trump. We’re now at 573, 951 dead Americans and counting. On top of it, Trump slandered and scapegoated Asian Americans.

So it was gratifying to hear Biden mention Asian Americans when it mattered. When he talked about “real opportunities in the lives of Americans,” he didn’t leave us out.

Seven seconds of applause. And then to top it off, he transitioned to a mention of the Equality Act to protect transgender youth.

These were the specific and necessary moments when many of us could see ourselves. They were signs that government hasn’t forgotten who it’s governing—all Americans, of all stripes, collars, and colors.

The speech was as much who it was for as it was Biden’s list of things that must be done to get America moving forward again. The all-encompassing economic plan covering infrastructure and families would cost anywhere up to $4 trillion.

Worth it? It is if we still want to be America.

GOP’s issue: Money
First, the GOP needs some serious recalibrating of the truth. Like Scott’s belief America is not a racist country. Or that Trump did not lose in November. Or that the GOP is still for small government despite sending the U.S. national debt upwards of $78 trillion in the last four years.

Despite all their spending, they still believe small government is best. Rest assured, small government is a small-minded approach that leaves everyone in a world of hurt, except for the fraction of the population with the wealth to do it all themselves.

This is the undercurrent of any pushback to Biden’s speech. Biden wants the government to do something to help all the people. Everyone. But it costs a good deal of money.

So we are at an existentially historical time. You don’t have to go back to Franklin Roosevelt’s New Deal in the 1930s, nearly 90 years ago. Just go back to Lyndon Johnson, the last president to propose such expansive plans in work, education, and immigration in 1963, nearly 60 years ago.

And remember what history those times made. The Civil Rights Act. The Voting Rights Act. The Immigration and Naturalization Act, which opened the door to Asians previously shut out of America.

That’s the territory of significance Biden is going for, if he can sell all his plans. Mind you, for some they don’t go far enough. So already you know, they aren’t cockamamie ideas.

But it’s a step toward fairness where government puts people first. All of the people, not just some of them. .

“It looks like the Democrats want all rich Americans to become poor,” a conservative Filipino American n friend of mine said to me. “Is it their way of achieving equal opportunity and solve income disparity?”

I told him that Biden appears to want a more fair and just society–with the wealthy accepting a greater role in making that happen. Why should the burden be on the middle class and the poor?

Republicans like the idea of a flat rate for all. But why does a person with more money get away with paying the same as the poor? If they have more, they have a duty to pay more for all the things our taxes pay for in society like the physical infrastructure, as well as the human infrastructure of education and family support. Is that too much to ask for?

We’re really one great country remember?  At least, that’s the goal, if we want to be the democracy that guided us all here in the first place.

Emil Guillermo is a journalist and commentator. He is a columnist for the North American Bureau. See his talk show on www.amok.com