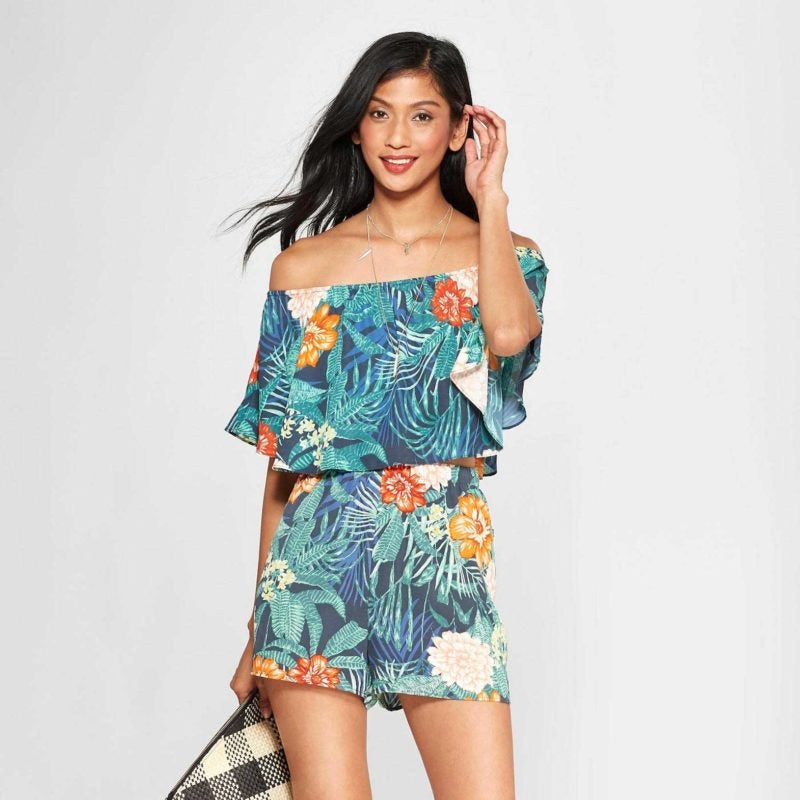 Filipina model Manuela Basilio, 31, has taken the pandemic as an opportunity to learn other skills, like photography and doing e-commerce business. In fact, before the pandemic, she had started crafting small batches of jewelry and now sees the e-commerce space as her next venture.

Manuela never expected a career in modeling even though she possessed all the physical attributes to make it in the industry in the Philippines. Born and raised in Manila, she was conditioned to see mestizas and foreigners with fair complexion as the beauty norm. They dominate the billboards and glossies back home. She does not have the“kutis artista,” a term used to describe the glowing fair skin typical of show business celebrities. It’s also a nuance for “white is beautiful.”

From a nursing student to model

Manuela was a nursing student who also worked graveyard shifts in a call center in Manila. She was convinced by a former colleague to join the latter’s fundraising fashion show in 2011. She did it for fun and extra cash.

At a towering 5’9”, with tan skin and a beautiful face, Manuela’s caught the attention of people from the fashion industry during her runway stint. However, she was reluctant to become a model because her mother wanted her to be a nurse, to work abroad and become successful.

When Danica Magpantay became Ford Supermodel of the World in 2011, a first for a Filipina model, Manuela realized that someone with unconventional looks and features that were looked down on in the Philippines can have a future in lucrative fashion markets like New York City.

In 2012, Manuela joined the Supermodel Philippines search organized by Calcarries. The winner represents the Philippines in the Ford Supermodel of the World competition held annually in New York City. Manuela placed as a runner-up, but that did not deter her from pursuing modeling.

Represented by Calcarries in Manila,  she was sent on a short trip to New York in September 2012. She visited some modeling agencies affiliated with Calcarries.

Even with the uncertainty of shopping around for a modeling agency, and with a visa not authorized for work in the US, she followed her heart. With only $500 to her name, she moved to New York City in January 2013. 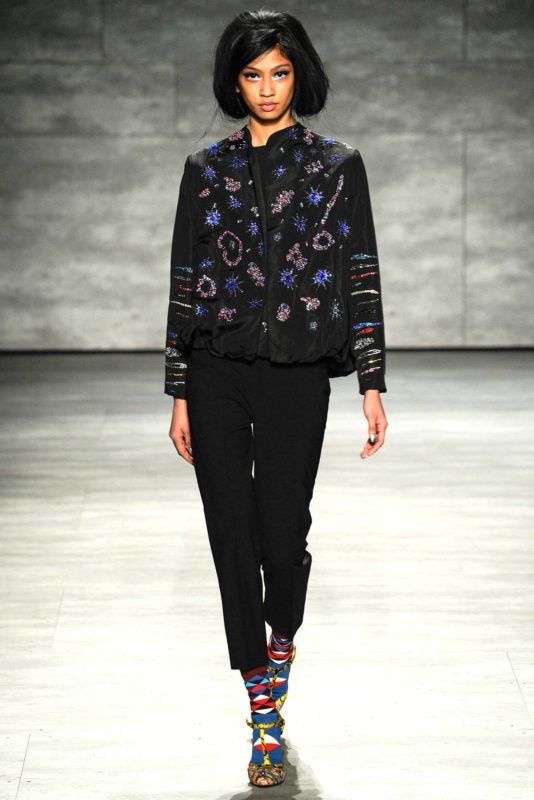 Strapped for cash while looking for an agent, Manuela was helped out by a fellow Filipina model, Charo Ronquillo, who generously let her live in her apartment. Four months later, she was signed by a major New York agency, Wilhelmina.

While being signed to a major agency may sound secure and guaranteed regular modeling gigs, the first three years was a big adjustment for Manuela. Being with a top agency was not a ticket to bigger jobs. She would get sporadic editorial and advertising gigs that were not enough for the living standards in New York.

“Is this job meant for me? Am I not that beautiful?” Manuela started questioning herself when she did not receive a call back from auditions she queued up for. But she knows that the industry is not for everyone.

“You have to have the right attitude and the right mindset. It’s not gonna be easy. Every inch of you is judged. If you are sensitive, it’s not for you,” she observes.

Patience is a virtue

Manuela learned that patience is indeed a virtue. She had endured long and seemingly endless waits while being around hundreds of tall and beautiful women vying for the same job. In between attending go-sees and casting calls, she worked in the retail and service industry; waiting tables and taking on weekend catering jobs to make ends meet. A side hustle is not uncommon in New York while waiting for that big break. 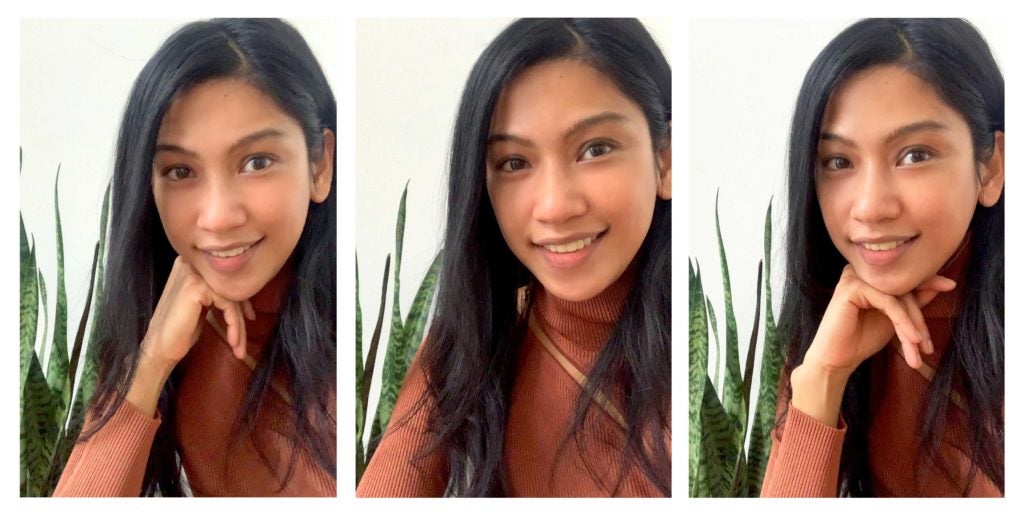 Manuela being candid during a Facetime interview. AVERY CEFRE

In 2016, Manuela signed up with Muse, a boutique agency. Muse still represents her for most of her jobs to this day. She realized that she needed regular jobs more than she did the glitz of a bigger agency to survive in the big city. While it is tempting to aim to be the next face of a major campaign, Manuela is more pragmatic.

She found her niche as a face for e-commerce and beauty brands that have a wider reach online. She has appeared in Nike, Macy’s, Sephora, Shiseido, Target, and Mac campaigns among others, and continues to appear in similar jobs. She compares it to having a 9-5 job, Mondays to Fridays, except that she is always in the studio all glammed up for the camera.

“Personally, fame will not make you happy and it doesn’t necessarily give you money,” she explains why she chose another segment of the modeling sphere.

Eight years since her move to New York, work has been steady for Manuela despite the influx of younger models and the advent of influencers. She does modeling jobs for girls in their 20s, which is quite a feat for her age. But in NYC, older models don’t necessarily always find themselves out of work. There is a classic age 40 and above category. Kate Moss is now in this category.

“There are more platforms now to get discovered. The modeling landscape has changed a lot since I started in 2012. The industry now embraces any size, any age, any color, any height, regardless of someone’s gender identity and disability. I am happy that I live in New York that champions diversity,” Manuela explains.

New skills in times of Covid-19

As New York went on pandemic pause between March to June in 2020, anxiety hit Manuela like everyone else.

“When you’re used to a routine, it was not easy to just be at home. Everybody’s experiencing it and I ended up being okay with it,” she says.

Manuela started learning new skills. She also became interested in investing and learning how to eventually build a business that is linked with modeling.

She started to study photography after one of her roommates, also a Filipina model, asked her to take photos for an e-commerce client. She adds that she will continue exploring her creative side and the entrepreneurial venture that she has dabbled in.

“Being nice is a prerequisite to longevity in the industry. If you have a dream, act on it. No one will believe in you until you start living it,” Manuela notes.

Avery Cefre, born and raised in Manila, Philippines is a multimedia artist based in Brooklyn, New York. He describes his art practice as the intersection of sociology and fine art.