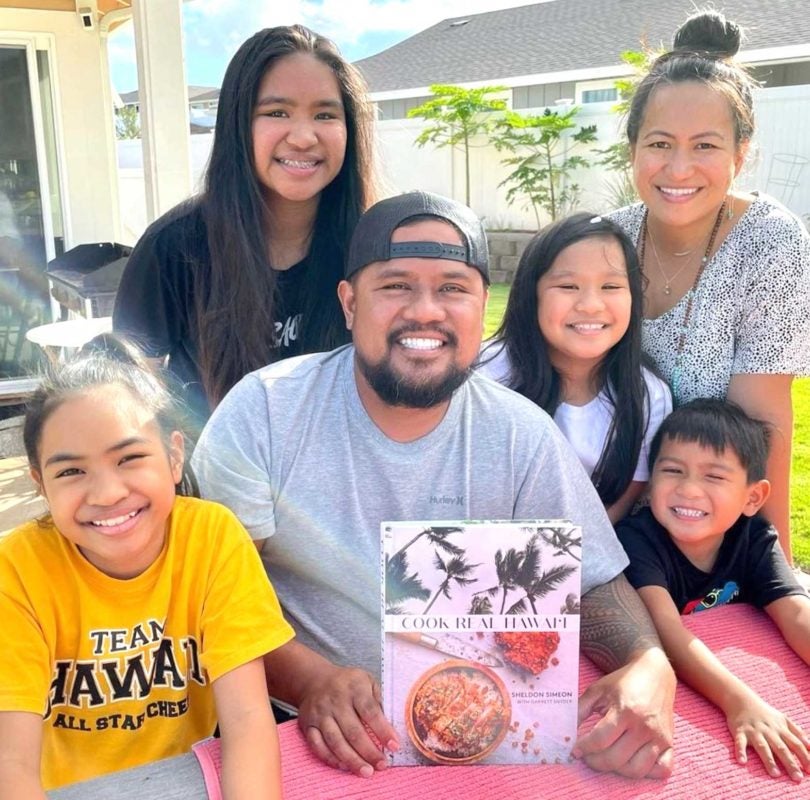 Simeon is the owner of Tin Roof restaurant, which he opened in 2016. He also opened Lineage at the posh The Shops at Wailea mall in 2018 before stepping back last year.

He has also been inviting chefs on Instagram Live sessions for cooking demonstrations of recipes from the book. Guests have included Fil-Am chefs Charles Olalia and Dale Talde.

The book features victuals such as pork dumplings made with biscuit dough, charred huli-huli chicken with sweet-savory butter glaze and crispy cauliflower katsu.

The recipes are interspersed with personal stories of Simeon’s journey as a chef, such as how he learned to create new dishes inspired by a variety of cultures.

Having started off as a busboy at Walt Disney World, Simeon went off to Maui Culinary Academy, then climbed the ranks in the industry before starting to gain notice in the early 2010s when he became the chef at Star Noodle restaurant.

It was Simeon’s experiences with the public’s perceptions of what Hawaiian cuisine actually is and isn’t that inspired him to craft this cookbook. 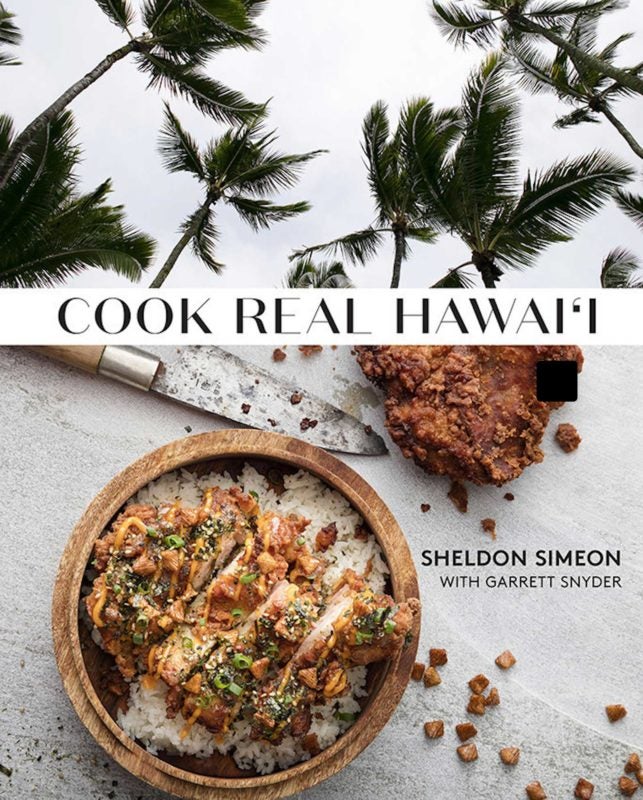 As he kept sharing his passion for the cuisine during his stints on popular competition shows, he began to realize that a majority of people are still under the impression that simply including pineapple in a dish makes it Hawaiian.

He wanted a venue to explain Hawaii’s distinctive fare and its special heritage.

In an interview with Thrillist.com, Simeon explains that the cuisine he offers is the result of many different cultures immigrating to and living harmoniously in Hawaii. “It’s a cuisine of adaptation that relies on ingredients that flourish on the tropical islands.”

He explains that when immigrants initially landed in Hawaii, they could only bring a finite number of ingredients and “they didn’t have Google. They couldn’t call their mom” and therefore had to “go purely based on memory and utilize what was available.”

He likens the resulting cuisine to the island’s own pidgin language, a blend of different sources but yet a unique product on its own.

However, at the end of the day, Simeon points out that when it comes to cooking Hawaii cuisine, specific ingredients and techniques are not as important as instinct and feelings.

“It’s based on ohana and it’s based in community. Food is a part of our life and sharing with our families and gathering with our friends—that, to me, is cooking real Hawaii.”