MLB returns with no breaks from COVID-19

Not even the excitement of Major League Baseball’s Opening Day on Thursday could provide a break from COVID-19 as ballparks across the United States were left mostly empty while the curtain raiser in Washington, D.C. between the Nationals and New York Mets was postponed after positive tests.

Fans, many wearing masks, did their best to put on a happy face but the usual buzz associated with Opening Day was lacking as COVID-19 health and safety protocols were observed from New York to Seattle. 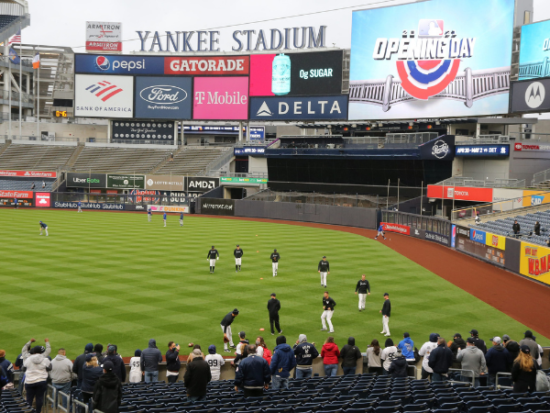 With 14 scheduled games the mood was defiant as much as giddy as stadiums, many that had been used as vaccination centers, prepared to welcome back spectators.

“We’re reminded of how this wonderful game can lift our spirits, especially after this doozy of the past year. Not a day too soon,” tweeted legendary Los Angeles Dodgers broadcaster 93-year-old Vin Scully.

Opening Day, however, was put on hold for Nationals fans after a player tested positive for COVID-19 and four others and a staff member were in quarantine following contact tracing. 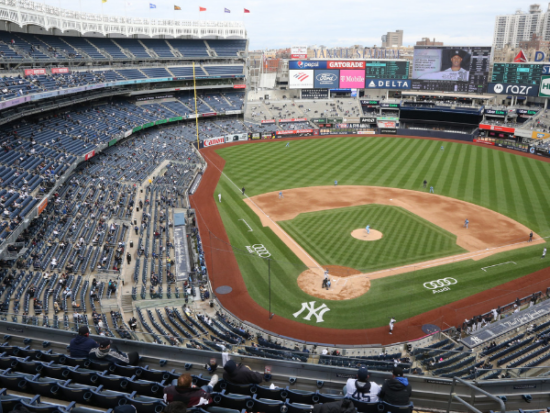 In the Bronx, for the first time in nearly 18 months Yankee Stadium opened its gates to fans with 10,850 allowed inside for the Yankees opener against the Toronto Blue Jays, but only if they had proof of a COVID-19 vaccine or negative test to go with their ticket.

Those fans sitting through the grey, cold New York afternoon didn’t have anything to celebrate on the field as they watched their Yankees fall 3-2 in extra-innings to the Jays.

Toronto fans weren’t celebrating much either as a few shuffled in the chill around the Blue Jays home the Rogers Center wondering when they might see their team again.

How Much is Mickey Mantle’s Baseball Card?

The Blue Jays, who have taken up temporary residence in Dunedin, Florida, have not played at the Rogers Centre since 2019 and are unlikely to be back in Toronto anytime soon with Ontario announcing on Thursday a new 28-day lockdown as COVID-19 cases and hospitalizations surge.

In Detroit Miguel Cabrera smacked what was the season’s first home run as snow fell at Comerica Park helping the Tigers to a 3-2 win over the Cleveland Indians.

(Reporting by Steve Keating in Toronto; Editing by Stephen Coates)