Space Jam with Lebron James comes out with new posters

Space Jam with Lebron James comes out with new posters

On Monday, March 29th, there were new posters revealed for Space Jam: A New Legacy. The movie comes out on July 16, 2021. It will premier in theatres and HBO Max.

What is so exciting about these posters? First off, LeBron James is on them. Bugs Bunny, Lola Bunny, Tweety, Daffy Duck, the Road Runner, Tasmanian Devil, and Speedy Gonzales.

Space Jam with LeBron James will become available on HBO Max in the United States 31 days after being released in theatres. It will not cost anything to HBO Max subscribers.

Space Jam starring Lebron James has some other basketball players in it too. Some of the other players include LeBron’s Los Angeles Lakers’ teammate Anthony Davis, Damian Lillard, Diana Taurasi, Klay Thompson, and Nneka Ogwumike.

Top 5 Kobe Shoes to Get 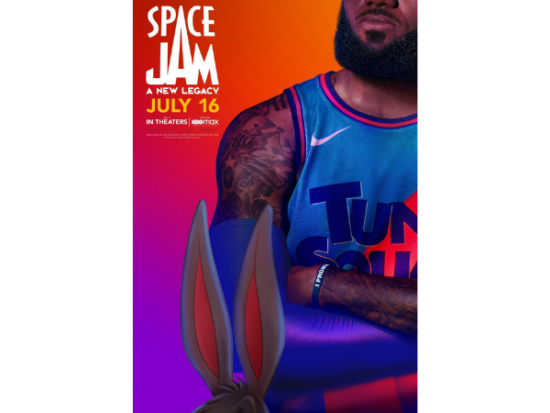 LeBron James teams up with the Looney Tunes characters, Bugs Bunny, Daffy Duck, and more in the live-action Space Jam sequel. However, LeBron James and Malcolm D Lee state that this movie is not the sequel.

Malcolm D Lee directed Space Jam with LeBron James, and it just might be a box office smash. LeBron James shared his excitement about the “biggest basketball game” he was ever a part of.

Space Jam: A New Legacy is about basketball champ LeBron James and his son, Dom. Dom’s lifelong dream is to become a video game maker. Of course, this causes some tension between father and son.

LeBron and Dom become confined in a digital space that rogue artificial intelligence placed them in. The two of them must get back home safely, and they have Bugs Bunny and the rest of the Looney Tunes family to help them out.

First, they have to win a basketball game over the AI’s basketball team. This team is called the Goon Squad. The first Space Jam was released in 1996, and Micheal Jordan was the star. Bill Murray was his co-star, plus the Looney Tunes characters. It was of consideration as an iconic movie of the ’90s.

Michael Jordan gets sucked into the Looney Tunes world. Jordan has to win a basketball game against the Monstars team of aliens, who want to enslave Jordan and the Looney Tunes and put them in their theme park.

The first Space Jam movie was one of the first live-action animation movies that they will film in a virtual studio. One difference between the two movies is the soundtrack. The original Space Jam and the new one will not have the same songs or singers on the soundtrack.

Space Jam: A New Legacy is of anticipation to have much better quality and have much better animation. With LeBron James assisting in the production of this film, it has some high expectations.

Space Jam: A New Legacy has been of discussion for years, and no one could remake this film until recently. In 2014, talk began to involve LeBron in a new Space Jam movie.

LeBron James is very excited that this movie finally became a reality. He is very proud of the work that has been done on this film and cannot wait until the release. 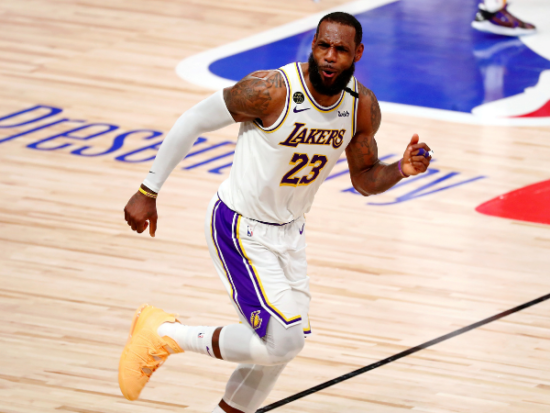 On March 20, LeBron James suffered a nasty ankle sprain. He is to be out indefinitely. This injury could cost him an MVP trophy this season.

Since the injury, many talks have been thrown out of regard to James becoming a Hollywood film star. LeBron has shown an interest in acting and has been in many different advertisements.

It would not be unheard of for LeBron James to try something new. The NBA star games on and off the court, so why not give it a shot.

If Space Jam with LeBron James does not do as well as expected, James always has his shoes to fall back on as well.

Fans and shoe lovers all over love LeBron’s shoes. They are willing to pay top dollar for them. Many collectors pay a lot for his shoes. So if Hollywood does not do LeBron any justice, at least his shoes will.

To sum it up, Space Jam: A New Legacy revealed posters for the movie recently. LeBron James plays himself alongside the Looney Tunes characters. There are cameos from some of the greatest NBA and WNBA stars.

Space Jam: A New Legacy will be one of the best new movies to see this summer. The whole family can enjoy it at the theatres or wait 31 days and see it on HBO Max.