Campaign launched to name a warship after Filipino recipient of U.S. Medal of Honor

Campaign launched to name a warship after Filipino recipient of U.S. Medal of Honor 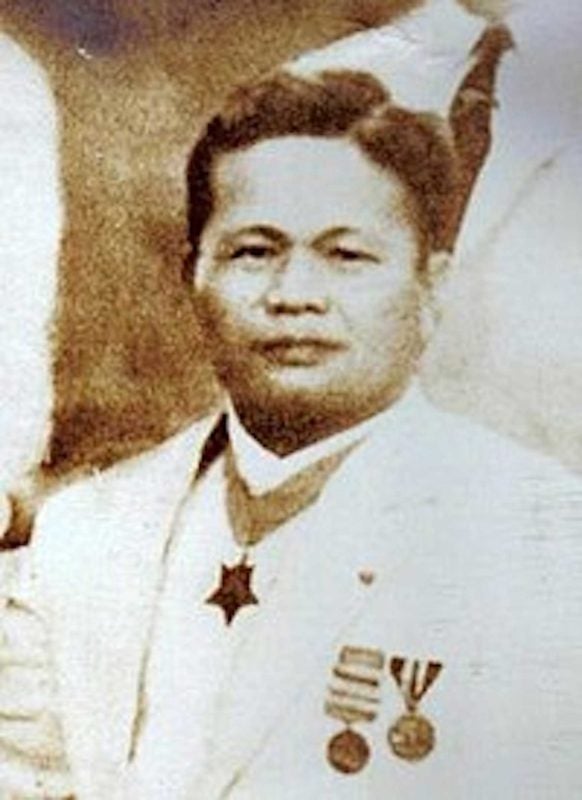 Telesforo Trinidad holds the distinction of being the first and only Asian American (and first Filipino) in the U.S. Navy to receive a Medal of Honor.

SAN FRANCISCO – A group led by retired U.S. military officers have launched a campaign to name a U.S. Navy warship after Telesforo Trinidad, a Filipino sailor who received the U.S. Medal of Honor in 1915.

Trinidad holds the distinction of being the first and only Asian American (and first Filipino) in the U.S. Navy to receive a Medal of Honor.

The campaign urges people to contact their representatives in Congress and the Senate to support the ship-naming project.

Trinidad received the medal for extraordinary heroism in the line of duty during boiler explosions onboard the USS San Diego (ACR-6) while the ship was underway in the Gulf of California on January 21, 1915.

Trinidad brought two crewmembers to safety in spite of his own physical injuries from the explosion. He was awarded the Medal of Honor in accordance with General Order Number 142 signed by the Secretary of the Navy Josephus Daniels on April 1, 1915.

Telesforo Dela Cruz Trinidad was born on November 25, 1890, in New Washington, Aklan Province, Panay, Philippines. He enlisted in the US Navy as part of the Insular Force in the Philippines in 1910 and served during WWI and WWII until his retirement in 1945. He lived in Imus, Cavite, Philippines until his passing on May 8, 1968, at the age of 77.

Spearheading this initiative is the USS Telesforo Trinidad Campaign, a US registered non-profit corporation comprised of serving and retired members of the US Armed Forces, community leaders, academics, corporate executives, civic leaders, partners and sponsors and veterans’ families committed to naming a U.S. Navy warship after Trinidad.

The campaign is chaired by Capt. (Ret.) Ron Ravelo, the former Commanding Officer of the USS Abraham Lincoln and Col. Nonie Cabana serves as its Executive Director.  Gen. Antonio Taguba (CGM for WWII Filipino veterans) and Rear Adm. Dan McKinnon (who was one of the key players in the return of the Balangiga bells) are in the committee.