WASHINGTON, D.C. – A film on the life and martyrdom of former Chief Justice Jose Abad Santos, who was executed by the Japanese Army on May 1, 1942, was shown at the Philippine Embassy Chancery Annex on 20 September 2019.

“HONOR: The Legacy of Jose Abad Santos,” was produced by the Philippine World War II Memorial Foundation, in honor of Abad Santos, who refused to pledge allegiance to the occupying Japanese forces and was executed for his resistance.

The story weaves interviews with his descendants, World War II Philippine historians, official documents, and excerpts from articles written by Abad Santos’ son, Pepito, who was with his father through his last days.

Present at the screening were executive producers of the film, Mario Benipayo and Desiree Ann Cua Benipayo, who both traveled from Manila to bring the film to the Washington, DC audience. Benipayo is also the author of the book with the same title. 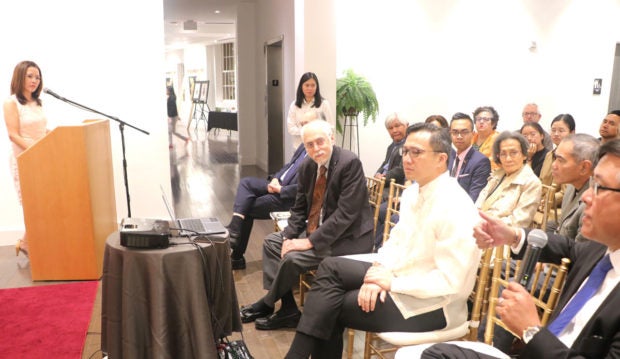 Benipayo answers questions from the audience after the film screening. CONTRIBUTED

“He is one of the greatest heroes of World War II, and yet Jose Abad Santos’ name remains ambiguous to many. He was the highest government official executed by the Japanese yet his death, heroic in all aspects, never received full honors,” Benipayo said in her remarks.

“In screening this film, it is our foundation’s humble desire to pay tribute to the memory of this erudite patriot by lifting his name out of obscurity, and to bring his heroism back to the national consciousness of our people where he deserves to be,” she further added.

“War causes suffering and perhaps hardships also. It also produces heroes, people who without any hesitation sacrifice everything they care about and who even lay down their lives for their beliefs,” said Philippine Ambassador to the United States Jose Manuel G. Romualdez in his opening remarks. 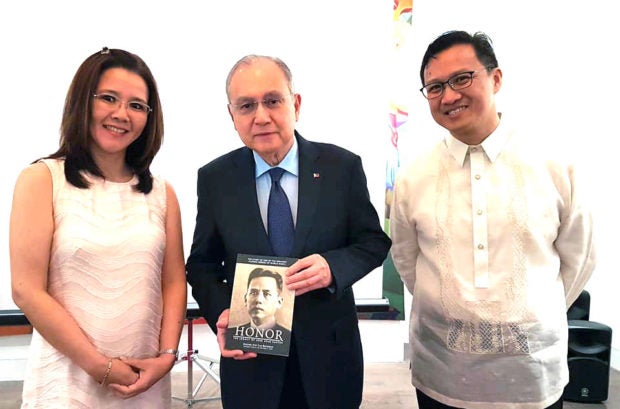 The movie moved some members of the audience to tears as the scene of Jose Abad Santos’ martyrdom unfolded. Benipayo answered many from the audience. A simple Filipino reception concluded the program.

“HONOR: The Legacy of Jose Abad Santos” is scheduled to be shown at the Philippine Consulate General in San Francisco on Sept. 26. Prior to its Washington DC screening, the film was also shown at the Bayanihan Arts and Events Center in Tampa, Florida on Sept. 15.