Microsoft rolls back update to fix access issues for thousands

Microsoft rolls back update to fix access issues for thousands

Microsoft Corp said early on Tuesday glitches that affected access to workplace messaging app Teams, Outlook.com and other services have been largely fixed after it rolled back an update.

The company had said in a tweet that the issues were related to a “recent change to an authentication system.” Users may still face access issues with Microsoft 365 services but Teams, Outlook.com and Exchange Online are up and running, Microsoft’s service status page showed.

More than 26,000 people had reported issues with Teams and over 3,000 users posted about problems with Office 365, outage tracking website Downdetector.com showed.

Downdetector only tracks outages by collating status reports from a series of sources, including user-submitted errors on its platform. The outage might be affecting a larger number of users. 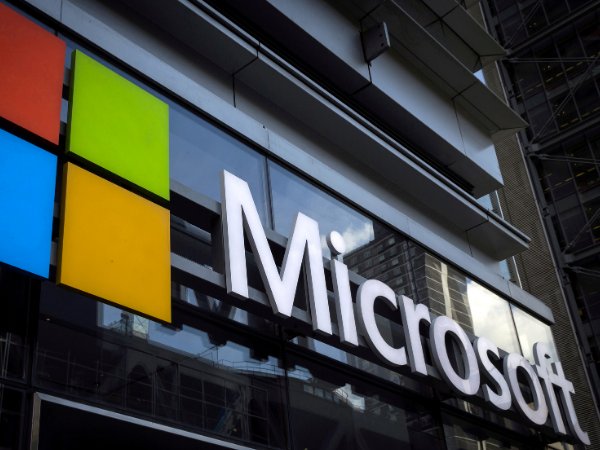 Microsoft stands to receive nearly a quarter of Covid relief funds destined for U.S. cybersecurity defenders, sources told Reuters, angering some lawmakers who don’t want to increase funding for a company whose software was recently at the heart of two big hacks.

Congress allocated the funds at issue in the COVID relief bill signed on Thursday after two enormous cyberattacks leveraged weaknesses in Microsoft products to reach into computer networks at federal and local agencies and tens of thousands of companies. One breach attributed to Russia in December grabbed emails from the Justice Department, Commerce Department and Treasury Department.

“If the only solution to a major breach in which hackers exploited a design flaw long ignored by Microsoft is to give Microsoft more money, the government needs to reevaluate its dependence on Microsoft,” said Oregon Senator Ron Wyden, a leading Democrat on the intelligence committee.

“The government should not be rewarding a company that sold it insecure software with even bigger government contracts.”

Microsoft previously said it prioritizes fixing attacks that it sees in wide use.

A draft spending plan by the Cybersecurity Infrastructure Security Agency allocates more than $150 million of their new $650 million funding for a “secure cloud platform,” according to documents seen by Reuters and people familiar with the matter.

More precisely, the money has been budgeted for Microsoft, according to four people briefed on the choice, largely to help other federal agencies upgrade their existing Microsoft deals to improve security of their cloud systems.

A key service Microsoft provides, known as activity logging, allows its clients to keep watch on data traffic within their part of the cloud and spot inconsistencies that could reveal hackers at work.

Officials have sought access to Microsoft’s premium tracking capability after discovering the lack of logs made it much harder to investigate recent hacks tied to nation states.

Microsoft said Sunday that while all its cloud products have security features, “larger organizations may require more advanced capabilities such as a greater depth of security logs and the ability to investigate those logs and take action.” It did not address the fairness issues raised by lawmakers.

While some senior U.S. cyber officials feel they have no choice but to pay up, Wyden and three other lawmakers have publicly raised concerns about the plan.

Most major software has been penetrated by well-financed teams of hackers at one time or another, but the ubiquity of Microsoft’s products makes it a prime target.

The alleged Russian spying, known for exploiting software from SolarWinds, hit nine government agencies and 100 private companies, many of whom were exploited through manipulation of a Microsoft system.

More recent sprawling hacks into tens of thousands of servers around the world running Microsoft Exchange by a handful of attackers, including some tied to the Chinese government, relied on four previously unknown flaws in the way those servers handled web versions of Outlook email. China has denied backing the attacks.

In a hearing on the SolarWinds breach Feb. 26, Rhode Island Congressman Jim Langevin challenged Microsoft President Brad Smith about charging extra for logging, asking: “Is this a profit center for Microsoft, or is it a service being provided at cost to the customers?”

“We are a for-profit company,” Smith responded. “Everything we do is designed to generate a return, other than our philanthropic work.”

Microsoft has turned security offerings into a significant source of revenue, with the business generating $10 billion annually, up 40% from the previous year.

Rep. Dutch Ruppersberger of the House appropriations committee said Congress must look into “why security is an afterthought in the procurement process” and move away from approving only the lowest bidders.

The government could impose new regulations, said Curtis Dukes, a former head of the defensive mission at the National Security Agency now at the nonprofit Center for Internet Security, which works closely with CISA. “Maybe with additional size, vendors should have to do more.”

(Reporting by Joseph Menn in San Francisco and Christopher Bing and Raphael Satter in Washington; Editing by Chris Sanders and Edward Tobin)