Taylor Swift and Billie Eilish took the top prizes at the Grammy Awards on Sunday but Beyonce was the big winner on a history-making night marked by multiple wins for women. 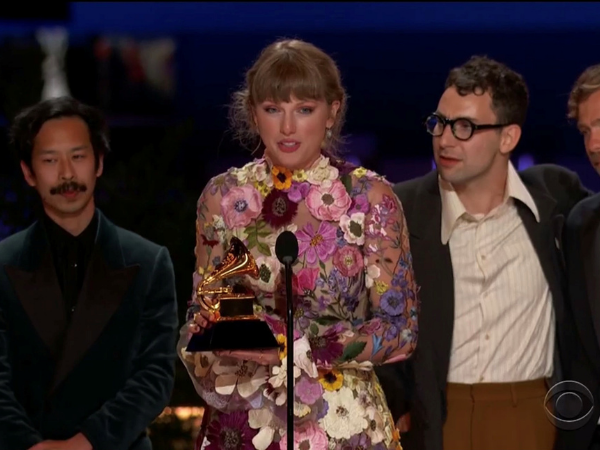 Taylor Swift wins the Grammy for Album of the Year for “Folklore” in this screen grab taken from video of the 63rd Annual Grammy Awards in Los Angeles, California, U.S., March 14, 2021. CBS/Handout via REUTERS

Swift’s surprise record “Folklore,” recorded during coronavirus lockdowns, was named album of the year and made Swift, 31, the first woman to take home that prize three times.

In a socially-distanced ceremony of live and pre-recorded performances, the writers of “I Can’t Breathe” by R&B artist H.E.R won song of the year.

It was written in response to the Black Lives Matter protests that roiled the United States last summer following the police killing of George Floyd.

“It has been such a difficult time,” said Beyonce, reflecting on the cultural reckoning about racism in the United States.

“I wanted to uplift, encourage, celebrate all the beautiful Black queens and kings that continue to inspire me and inspire the whole world,” she added.

Eilish’s ballad “Everything I Wanted” won record of the year, and the 19-year-old also won for her theme song for the upcoming James Bond movie “No Time to Die.” 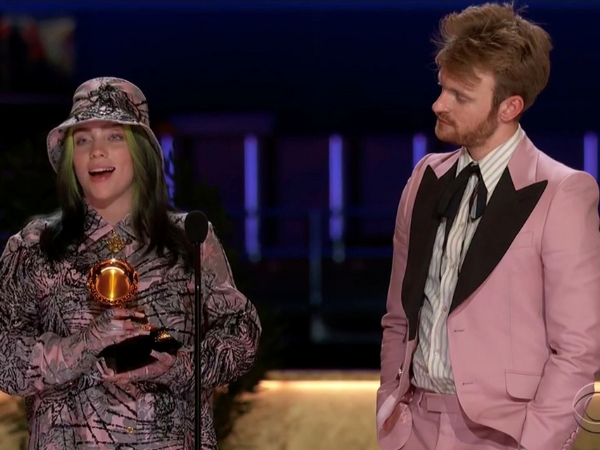 Billie Eilish, with her brother Finneas O’Connell, accepts the Grammy for Record of the Year for “Everything I Wanted” in this screen grab taken from video of the 63rd Annual Grammy Awards in Los Angeles, California, U.S., March 14, 2021. CBS/Handout via REUTERS

Eilish said she was embarrassed by the win, saying it should have gone to Megan. “You deserve it. Genuinely. Can we just cheer for Megan Thee Stallion,” Eilish said.

The ceremony was also aimed at moving past the devastating effects of the coronavirus pandemic on the live music industry, including the cancellation of music festivals, touring and concerts.

“I’m just so grateful and so honored because happiness is something that we all deserve,” Lipa said.

Hosted by Trevor Noah, the ceremony was packed with pre-recorded and live performances by the likes of Lipa, Taylor Swift, Post Malone, DaBaby, Black Pumas and Mickey Guyton. Cardi B and Megan teamed up to perform their summer single “WAP” in one of the raunchier moments of the night.

It took place both indoors and outdoors in Downtown Los Angeles but mostly without the elaborate sets and special effects that traditionally mark the highest honors in the music business.

“We’re hoping that this is all about what 2021 can be, full of joy, new beginnings and coming together. Never forgetting what happened in 2020, but full of hope for what is to come,” Noah said.

Some of Sunday’s awards were announced at small venues in cities like Nashville, New York and Los Angeles.

“Thank you to the Grammys for putting this together and letting us, at least, kind of be together,” said Miranda Lambert winner of best country album for “Wildcard.”

K-Pop band BTS lost in the best pop duo or group performance against Lady Gaga and Ariana Grande for their single “Rain on Me” but performed their hit English-language single “Dynamite” from South Korea at the close of the show. 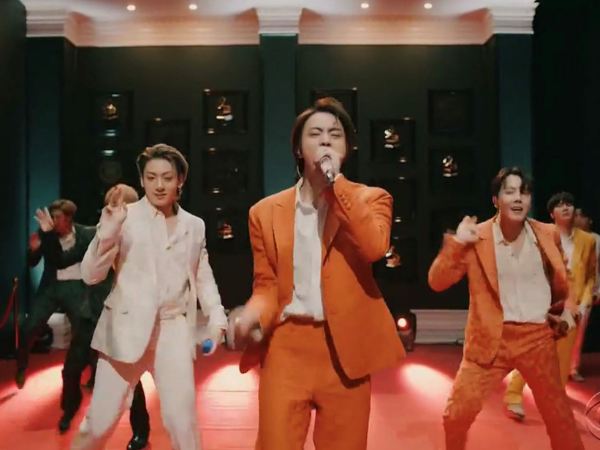 The seven-member band from South Korea had been hoping to be the first K-Pop act to win a Grammy after a breakthrough year in the United States for the genre.