Tech Shares Could Retake Market Reins as Earnings Heat Up

Tech Shares Could Retake Market Reins as Earnings Heat Up

A bevy of major U.S. earnings reports next week led by Apple, Microsoft, and Facebook could help technology and growth stocks reassert their dominance after a recent run by banks, energy, and other potential beneficiaries of an economic reopening.

After leading markets higher for most of 2020, technology-related stocks took a backseat late last year to so-called value or cyclical plays, whose businesses are expected to gain the most from the economic revival promised by vaccines against COVID-19.

That shift has stalled in recent days as investors weighed lackluster outlooks from big banks and a blockbuster quarterly report from Netflix that lifted its shares by 17%. The Russell 1000 growth index was up 3.3% in the past week as of Friday morning, while its value counterpart fell 1.5%.

Next week’s crop of fourth-quarter results – with about a quarter of the S&P 500 reporting – could help determine whether the resurgence in growth stocks will continue, potentially threatening the recent rally in value and cyclical shares, said Chuck Carlson, chief executive officer at Horizon Investment Services.

“That is probably going to be the story of earnings season,” he said. “What will earnings mean in terms of the sustainability of this rotation that has occurred in the last eight, nine weeks.”

Steady growth and resilience in the face of the coronavirus pandemic made technology stocks desirable to investors, who poured money into the sector as widespread lockdowns devastated swaths of the U.S. economy.

But a resumption in tech outperformance could also revive concerns over investor crowding into popular names. The biggest five technology-related companies account for about 22% of the weight of the S&P 500.

Besides Apple and Microsoft, other tech sector companies due to report next week include payment processing firms Visa and Mastercard and semiconductor company Advanced Micro Devices. Tesla, whose explosive share price turned the electric car maker into one of the world’s most valuable companies, reports on Wednesday.

So far, corporate profits have been strong across the board: Of 66 S&P 500 companies that have reported earnings, 87.9% have beaten Wall Street estimates, well above the long-term average of 65%, according to IBES data from Refinitiv.

Investors are particularly watching corporate outlooks, given the expectation of an economic rebound this year. Earnings are expected to rise 23.7% this year after falling 14.1% in 2020, according to Refinitiv.

While the tech sector’s earnings held up relatively well in 2020, its expected profit growth of 14% in 2021 is below the S&P 500 overall and lags areas such as financials, industrials, and materials. “The risk is in situations where you have had such a good 2020, which is going to be capped off by this reporting next week. What do you do for an encore?” said Walter Todd, chief investment officer at Greenwood Capital. 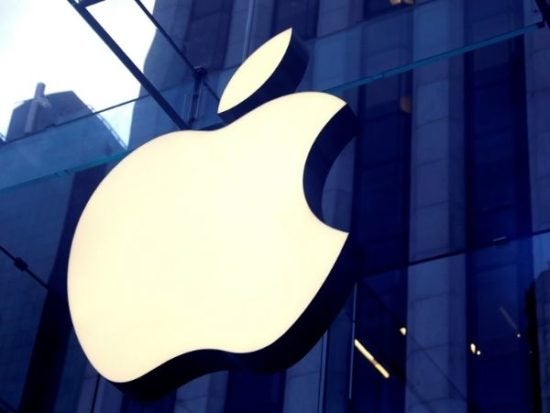 The Apple Inc logo is seen hanging at the entrance to the Apple store on 5th Avenue in Manhattan, New York, U.S., October 16, 2019. REUTERS/Mike Segar

Demand for Apple’s iPhone 12 will be a key issue when the company reports on Wednesday, said Robert Pavlik, senior portfolio manager at Dakota Wealth Management. Analysts, on average, expect the company to report a 13% rise in quarterly earnings.

Kim Forrest, chief investment officer at Bokeh Capital Partners, is eager to learn how well Microsoft is making inroads with its work-from-home products. The software giant is expected to post an 8.7% rise in earnings.

Facebook, estimated to report a 25% rise in earnings, could field questions around any fallout for the social media business from the U.S. elections and banning of President Donald Trump from various platforms, investors said.

Earnings season is heating up as the S&P 500 has risen to records to start 2021, worrying some investors who say corporate results in the coming year will need to justify high stock valuations.

“Stocks have had a great run since October, and you have to wonder with all the talk about the market possibly pulling back, when will it come or what will cause it,” Pavlik said.