Why the U.S. military would welcome a decisive 2020 election win

Why the U.S. military would welcome a decisive 2020 election win 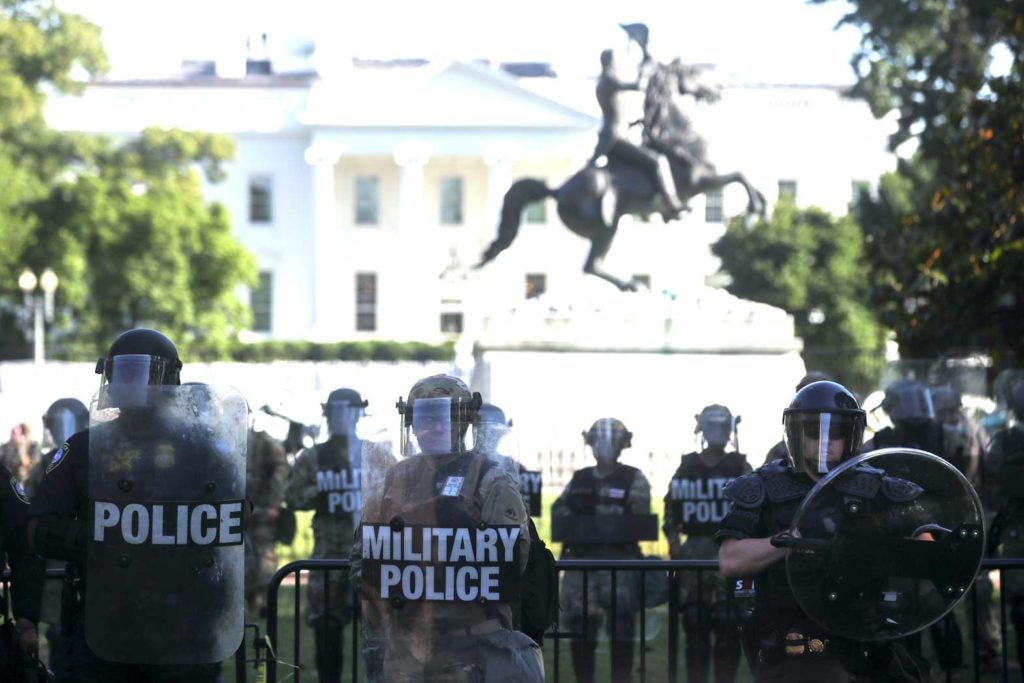 WASHINGTON  – Politics aside, there is one outcome of the 2020 U.S. presidential election that could bring some relief to Pentagon planners: a clear-cut victory. By either candidate.

In the months preceding the election on Tuesday, U.S. military officials have been forced to contemplate the possible fallout from a contested election, including protests like those in June over racial injustice that brought the National Guard to the streets.

A contested vote could stir the kind of wild speculation that forced America’s top general to assure lawmakers the military would have no role in settling any election dispute between Republican President Donald Trump and his Democratic challenger Joe Biden.

A decisive result could allay such concerns by lowering the risk of a prolonged political crisis and the protests it could generate, say current and former officials as well as experts.

“The best thing for us (the military), would be a landslide one way or another,” said a U.S. defense official, speaking on condition of anonymity, voicing a sentiment shared by multiple officials.

“It does sort of give the military a ‘Get Out of Jail Free’ card,” said Risa Brooks, a professor at Marquette University focusing on civil-military relations.

A week before the election, a Reuters/Ipsos opinion poll showed Biden leading Trump nationally by 10 percentage points, but the numbers are tighter in battleground states that will decide the election and gave Trump his surprise 2016 win. The coronavirus pandemic has added an element of uncertainty this year, changing how and when Americans vote.

As one of America’s most respected institutions – rating far higher than Congress, the presidency and the Supreme Court in opinion polls – the U.S. military has had trouble staying on the political sidelines during a year marked by the pandemic, social unrest and actions by both presidential candidates suggesting they had the support of U.S. armed forces.

The president, who boasts about his broad support within military ranks, has declined to commit to a peaceful transfer of power if he decides Tuesday’s results are fraudulent and has proposed mobilizing troops under the 200-year-old Insurrection Act to put down unrest if he won.

“Look, it’s called insurrection. We just send them in and wedo it very easy,” Trump told Fox News in September.

For his part, Biden has suggested the military would ensure a peaceful transfer of power if Trump refuses to leave office after the election.

U.S. Army General Mark Milley, selected last year by Trump as chairman of the Joint Chiefs of Staff, has been adamant about the military staying out of the way if there is a contested ballot.

“If there is, it’ll be handled appropriately by the courts and by the U.S. Congress,” he told National Public Radio this month. “There’s no role for the U.S. military in determining the outcome of a U.S. election. Zero. There is no role there.”

MILITARY: AN OPTION OF FIRST RESORT?

Trump has regularly turned to the military throughout his term in office for such tasks as helping to secure the southern U.S. border with Mexico and showing resolve in his response to the coronavirus, even putting an Army general at the helm of a future vaccine distribution effort.

Peter Feaver, a national security expert at Duke University, cautioned that America’s willingness to look to the military when there is a crisis could create a public expectation, however misguided, that it could also help resolve an electoral crisis.

“If things go poorly and it’s Nov. 30th and we still have no idea who the president is … that’s when the pressure on the military will grow,” Feaver said, imagining a scenario where street protests escalate as faith in democratic process erodes.

Speculation has centered on Trump’s potential deployment of active duty troops to quell protests – something the military recommended against doing in June, but which Trump can lawfully do if he chooses by invoking the 1807 Insurrection Act.

Steve Abbot, a retired Navy admiral who has endorsed Biden, said the danger that Trump would invoke the Insurrection Act “undoubtedly concerns those who are in uniform and in the Pentagon.”

Mike Smith, a retired rear admiral who is leading a group of national security experts backing Biden, said he was concerned Trump could easily turn to the military to show strength in a post-election crisis.

“There is a significant potential for the abuse of the military,” Smith said.

National Guard officials in a number of states have said they are in contact with police departments about what they may need in case the security situation deteriorates, but added that such planning was a part of what the military does.

“We’ve had a number of planning meetings, just so we have the multitude of options that might be available,” said Army Major General Jeff Holmes, the Adjutant General of the Tennessee National Guard.

Air Force Major General Daryl Bohac, head of the Nebraska National Guard, stressed, however: “This is not new, this is what we do year in and year out for a variety of events.”