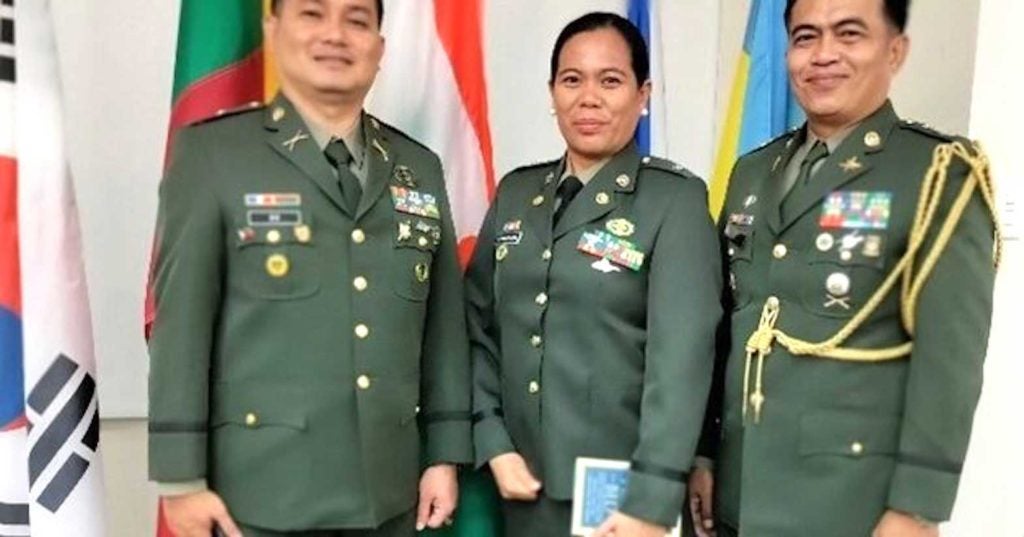 WASHINGTON, DC – The Armed Forces of the Philippines this year sent four Philippine Army officers to a five-week course with the U.S. Defense Information School at Fort Meade, Maryland, one of them finishing as the course’s top student.

Maj. Regie H. Go of the Philippine Army was ranked No. 1 among 17 international students from 12 allied countries that attended the course.

Graduating with him were Maj. Salvacion Conejos-Evangelista and Cpt. Wilfredo Dalisay Jr, who are also From the Philippine Army.

Maj. Evangelista got a special recognition from the International Military Student Office of the Defense Information School for epitomizing the spirit of international relationship and partnership, the first time that the IMSO Award was given by the school.