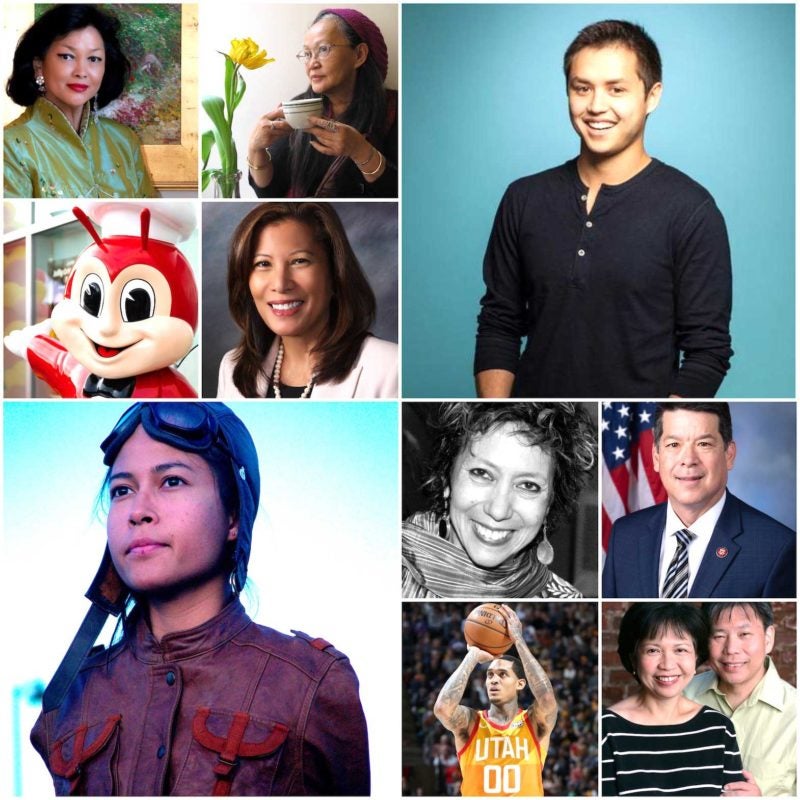 Presented by Bank of America, the virtual show “TOFA100: Most Influential Filipinos in America” will premiere October 31 on YouTube and Facebook at 9pm Eastern. Kamala Harris, the Democratic Party’s vice-presidential candidate, has been invited to keynote the event. TOFA

NEW YORK—One of the youngest billionaires in the world, the author of a classic Filipino American novel, the first Filipino American woman to serve as chief justice of California and more are featured in this week’s addition to the TOFA100 honorees, the 10th anniversary special of The Outstanding Filipinos in America (TOFA) Awards.

With a net worth estimated at US$4.7 billion by Forbes Magazine in its latest “12 Under 40” list, Bobby Murphy remains among the world’s youngest billionaires. He is the co-founder and chief technology officer of Snap, which developed and owns Snapchat, the social media app that is hugely popular with millennials and centennials, with an average of 238 million daily active users.

Meanwhile, Tani Cantil-Sakauye is the incumbent chief justice of California, the first Filipino American and the second woman to hold the position. She has served nine years in the role of California’s 28th chief justice, which was preceded by more than 20 years of trial and appellate court practices.

Murphy, Hagedorn and Cantil-Sakauye are joined in this week’s batch of TOFA100 honorees by seven other outstanding Filipinos in America.

They include Utah Jazz point guard Jordan Clarkson;  award-winning novelist, journalist and human rights activist Ninotchka Rosca, who opposed the Marcos dictatorship; landscape artist Lolita Valderrama Savage, who is the honorary chairperson of The Foundation for Filipino Artists and sits on the board of the MA-YI Theater Company; disability activist and motivational speaker Jessica Cox; and Congressman TJ Cox, who has scored significant legislative wins in healthcare, veterans’ affairs and farmer welfare.

The last two slots in this week’s TOFA100 list go to Jollibee, the largest and fastest-growing Asian restaurant company in the world, which dominates the fast-food market in the Philippines; and New York restaurateurs Amy Besa and Romy Dorotan, who own and manage Purple Yam restaurant, the popular watering hole in Brooklyn. Purple Yam recently expanded to the Philippines, where Besa and Dorotan promote farm-to-table cuisine.

“We are grateful for the contributions of our TOFA100 honorees, and hope that everyone will join us in honoring them during the anniversary special of TOFA Awards,” says Elton Lugay, TOFA Awards founder and executive producer.

Presented by Bank of America, the virtual show “TOFA100: Most Influential Filipinos in America” will premiere October 31 on YouTube and Facebook at 9pm Eastern. Kamala Harris, the Democratic Party’s vice-presidential candidate, has been invited to keynote the event. The show will be hosted by Dr. Boy Abunda, Asia’s King of Talk, who is serving his seventh year as TOFA Awards’ master of ceremonies. More details about the show and TOFA100 honorees will be announced until next month.