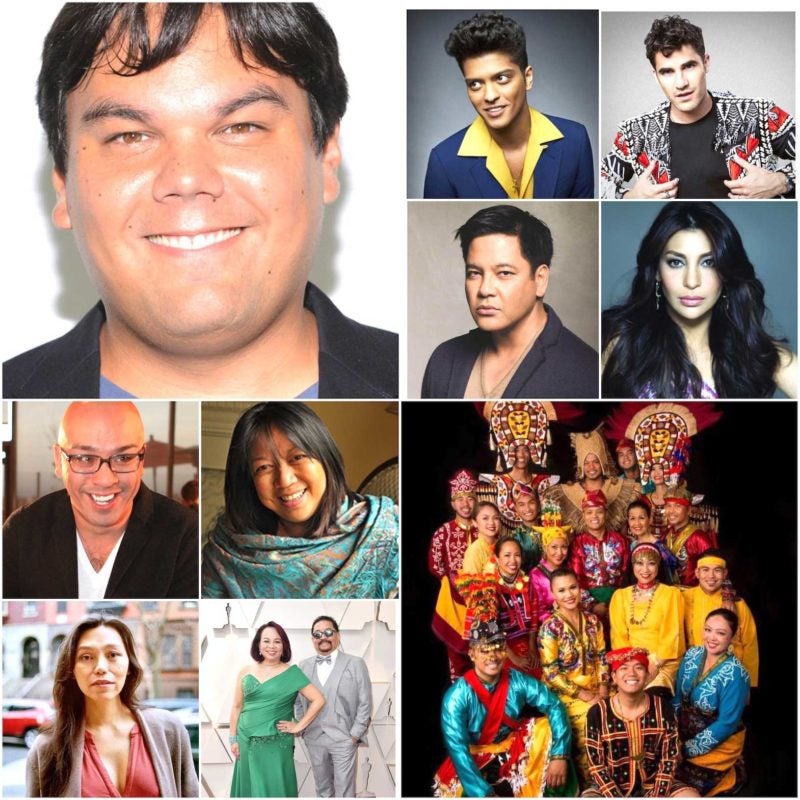 Hollywood A-listers Bobby Lopez, Bruno Mars and Darren Criss lead the second batch of TOFA100 honorees. Bobby Lopez is the youngest among EGOT achievers and the only one among the distinguished 16 with a double EGOT status, meaning he has won the Emmy, Grammy, Oscar and Tony awards at least twice.

Martin Nievera, known as the Concert King of the Philippines, Asia’s Nightingale Lani Misalucha and standup comedian Jo Koy, who made their marks in mainstream America’s biggest arenas, also made it to the TOFA100 list.

Martin Nievera was the first Filipino American to have had a featured show on the Las Vegas Strip, while Lani Misalucha came to be known as the “New Siren of the Strip” in the early 2000’s. Jo Koy regularly sells out arenas in throughout the United States and internationally and last year, reached No. 1 on the Billboard Charts with his stand-up comedy album ”Live From Seattle.”

Ramona Diaz and Isabel Sandoval are the filmmakers on the TOFA100 list. Ramona Diaz’s documentaries are critically acclaimed and have screened and won awards in prestigious film festivals such as Sundance. Emerging filmmaker Isabel Sandoval made history with her trans immigrant drama “Lingua Franca” which premiered on Netflix in August.

There are many facets of public service, and TOFA100 considers outstanding Filipinos in the youth, law, and media categories among the stalwarts of public life.

Leading this group are Ambassador Mario L. de Leon Jr., who capped three decades of diplomatic service in 2016 following a six-year tour of duty in New York and prior appointments in South Africa, Britain, San Francisco and at the United Nations mission; and Lorna Schofield, the incumbent district judge for the Southern District of New York who was the first Filipino American to be appointed as a federal judge under Article III of the U.S. Constitution. 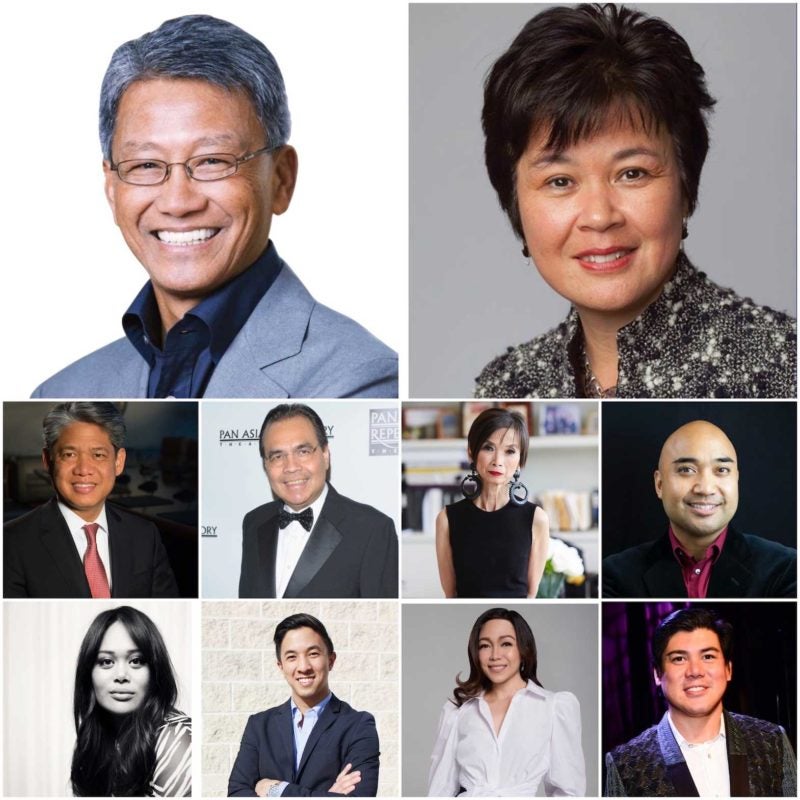 Next on the list are Gil Quiniones, a key player in America’s pursuit of energy transformation; youth leader Jason Tengco; alongside media personalities Ruben and Janet Nepales and Jannelle So-Perkins. Since 2011, Gil Quiniones has been at the helm of the New York Power Authority, the largest state-owned electric utility in the U.S.  Jason Tengco has worked for the Hillary Clinton 2016 presidential campaign, the White House, Obama Administration, Congress, and numerous nonprofit and campus organizations over the past decade, and today serves as the coalitions chief of staff for Joe Biden, the Democratic Party’s presidential candidate. Ruben and Janet Nepales are award-winning journalists based in Los Angeles, who are the first and only Filipino members of the Hollywood Foreign Press Association. FilAm media pioneer Jannelle So-Perkins is the host and producer of lifestyle show “SO Jannelle” broadcast over The Filipino Channel, Lifestyle Network and KSCITV-LA18.

Outstanding Filipinos in business, education and research, arts and culture, culinary and fashion complete the second batch of TOFA100 honorees. These are foremost Filipino techpreneur Dado Banatao, who is renowned as the “Bill Gates of the Philippines” for helping evolve the personal computers of today with his inventions; fashion CEO Josie Natori, who created a global brand with the fusion of aesthetics from the East and the West.; restaurateur and writer Nicole Ponseca whose groundbreaking restaurants in New York’s East Village pushed Filipino cuisine towards the mainstream ; Hollywood couturier Oliver Tolentino , who has been influential in growing the international reach of Philippine indigenous fabrics and Filipino fashion ingenuity; award-winning professor, author, psychologist and activist Dr. Kevin Nadal, who has published over 100 works on multicultural issues in the fields of psychology and education; and the Parangal Dance Company whose  performing troupe seeks to connect next-generation Filipino Americans to their roots and to educate diverse communities in America about the Filipino culture.

The TOFA100 honorees will be feted during the anniversary special of TOFA Awards next month. Presented by Bank of America, the virtual show “TOFA100: Most Influential Filipinos in America” will premiere October 31 on YouTube and Facebook at 9 p.m. Kamala Harris, the Democratic Party’s vice-presidential candidate, has been invited to keynote the event. The show will be hosted by Dr. Boy Abunda, Asia’s King of Talk, who is serving his sixth year as TOFA Awards’ master of ceremonies. More details about the show and TOFA100 honorees will be announced until next month.